“Hold your nerve, be ready to buy from those that lose theirs. Don’t initiate development projects and be ready to compromise on lease-up.

Time to revise our notions of what is secondary and what is tertiary. Lots of tech demand in smaller markets that I don’t think is going away. Invest in high-amenity locations wherever they are. Consumers are confident, and the service sector is doing well. Interest rates should strengthen these trends and boost office and retail sectors.”

“I still think the apartment market is the best bet, and more recession-proof than others. Consider outlying areas near transportation centers or tertiary markets in places that few are considering. Look to local statistics, such as employment, as a guide. Lots of millennials and young families are considering more affordable cities than the coasts. Look to some of these in the mountain states or south Atlantic.

Next, I would consider office in either gateway or non-gateway cities. Office properties have not seen rent growth as they have in the past, but there are fewer buyers chasing office. Again, location matters for office. Investing in better technology and amenities will help with tenancy.

Industrial is still pretty safe, but many might feel risk-averse right now with the trade war. Eventually things should settle and the strength in industrial should resume.”

“Do not let the day-to-day noise in the headlines distract you and force you into a panic. Yes, there are risks in the world, and yes, we should face a recession at some point … next year, two years from now, even further away? You cannot let fears of what might happen in the future get in the way of making good decisions now. And if we do have a downturn, and that is meant to be a pretty big if, it will not be like the last one. Will not be like the last one in the sense of the drives or magnitude.

Whether we have a recession driven by the real economy… or one from the financial economy, the answer on how to survive a downturn is similar. Do not be too highly leveraged going into the downturn. The better question to ask though is what opportunities will come for commercial real estate investors out of any potential downturn… I think people are too negative about retail today. Yes, there are certain malls that are facing challenges, and people ascribe it all to the Internet. But the weakness is from another source… Housing demand is still there, but new investments in any market considering rent control are facing challenges... Larger markets not facing rent control changes would be better in my mind.

Economic growth will come to the innovators. Just because a market is small and inexpensive, [does not mean it will] see economic growth. All these secondary and tertiary markets, which were once horse towns, populated by the innovators of the 19th and 20th century, they cannot participate in the 21st century economy in the same way… Innovations in the 21st century are about action in the digital realm and requires highly skilled labor. Some secondary and tertiary markets will flourish based on good partnerships with local universities and city boosters. Some, but not all, however."

“In order to gauge the resilience or vulnerability of markets to a potential downturn, it really depends on how high vacancies are and how much development is occurring. That said, we are long into this cycle and property prices have been generally bid up in gateway and major markets, which are typically the first to attract investment earlier in a cycle. This leads investors to search for yield in secondary and tertiary markets. So, for example, buyer trends data that we capture shows waning activity in the so-called smile states and increasing investment activity in the central part of the country in the apartment segment.

The yield curve inversion is a very strong signal of a potential recession. It has preceded each recession in the modern era and has not flashed a false signal over that time. Many investors were already cautious in the face of the length of this cycle and bid up property values; the inverted yield curve heightens the issue of considering investments in the face of a possible downturn, which entails factoring in higher vacancies, weaker rents and [weaker] NOI. It also underscores the importance of considering how resilient or not different markets might be in the event of a recession."

“In our Deloitte 2019 CRE Outlook, our survey of 500 global investors showed strong support of the investing community in continuing to see the importance of real estate as a long-term and strategic part of their placement of capital. As we move to the latter parts of 2019 and look to 2020, the impacts of global volatility have created more caution in making major capital commitments, including development in certain markets, which combined with certain labor and supply shortages, has in some cases elongated completion of development projects, also creating harder looks at returns and how best to allocate capital by commercial real estate companies. The commitment of allocated capital and desire to find longer-term returns while also seeking safe harbors in key markets such as the U.S. bodes well for certain smaller or tertiary markets and emerging parts of real estate such as non-traditional and mixed-use assets.” 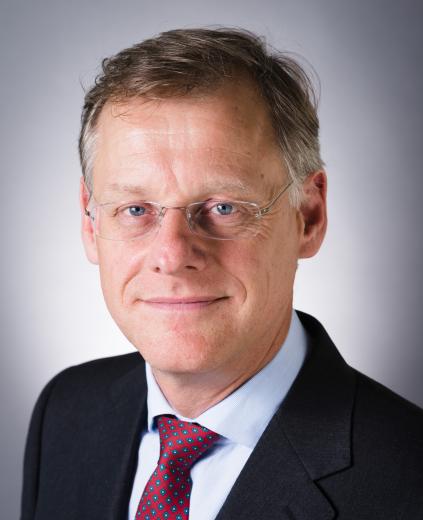