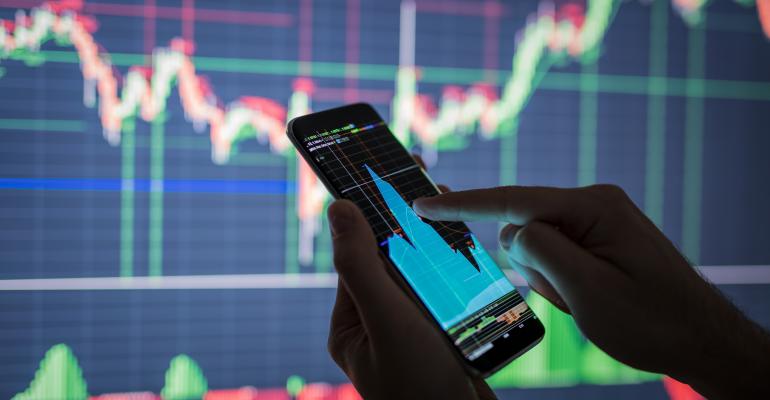 The firm’s senior vice president provides commentary on July’s CPPI, the inverting yield and whether he thinks industrial properties are over-valued.

Research firm Real Capital Analytics (RCA) came out with its new CPPI today, showing that the national all-property price index rose by 6.3 percent year-over-year in July. The index was also up by 0.7 percent compared to June.

But the firm’s researchers also point out that it’s not all been rosy during the month, as overall investment sales volumes in July fell by 21 percent, to $32.8 billion. That was a significant reversal from earlier in the quarter. NREI talked to RCA’s Senior Vice President Jim Costello about his take on the latest numbers, whether he’s worried about the inverting yield and what he expects to see in the sector in the coming months.

NREI: Investment sales volumes for the second quarter overall registered a small uptick year-over-year, but in July volume was down by 21 percent. Do you feel that was a hiccup that was largely due to investors feeling uncertain about the Fed meeting, or is this a sign of a developing trend?

Jim Costello: If this is a trend, we haven’t seen enough data to [determine that] yet. It is definitely a reversal from the previous month. The thing that struck me wasn’t the change from the second quarter [of last year], it was the change from May and June. It was kind of sharp and sudden. Just the uncertainty that is out there in the economy, the challenges from what will happen to trade networks from where any kind of trade discussions end up, and the Fed reaction to that, and the kind of weak numbers from corporations, had a lot of people on edge. If I am not sure what’s going to happen next, I am going to be less willing to take risk. Maybe I pull back a little bit before jumping in at record high prices. Nobody wants to be the person paying the top price at any point in the cycle.

NREI: What is your feeling on the impact the Fed’s interest rate cut might have on the investment sales market, if any?

Jim Costello: The thing I think it might have an impact on is more on deal activity as opposed to prices. Here’s the thing—cap rates, we did see an increase in the 10-year Treasury last year, cap rates never moved that much. [Then the rate increased, but] cap rates were pretty constant. The fact that it’s fallen again, I just don’t see the same pressure to narrow that gap. But, there’s a bunch of money worldwide that wants some kind of yield, so you could see more investors kick some tires and go after the relative safety of commercial real estate markets.

The thing it might impact is you might see some people look more into secondary and tertiary markets, it might do more to flatten out the difference in caps between secondary and tertiary markets. It’s not going to be extreme, but if [institutional] capital looks at these areas, it may lead to more portfolio sales in those markets that might drive cap rates down a bit. In this yield-starved world, it might start showing up.

NREI: At the current point, do you think it is likely we will see another Fed rate cut before the end of the year?

Jim Costello: I don’t know enough to comment on that, but what I’ve seen is that everybody kind of expects it. But even the news that came out yesterday, some of the [Fed members] were pretty against it.

But our job growth has not been as rosy as previous job reports made us believe. It might lead to more people arguing for cuts.

NREI: Another big talking point right now is the inverted yield. Historically, that’s been a sign of a coming recession, but some commercial real estate pros are saying it’s actually good for real estate investors. What’s your take?

Jim Costello: As an indicator, I wonder if it has the same explanatory power when the forces driving that relationship today are different. You just have that crush of capital. And the U.S. is the only place in the world where there is a positive yield on the long side, it’s a safe harbor. And it’s different from the 1970s type of downturn, when firms overproduced and needed to pull their inventory back. It’s just a different situation. Corporate investment is not growing at a fantastic rate anymore. The second quarter figures were pretty anemic.

It is something to be worried about, it could lead to a downturn, but not a harsh one. With a glut of capital worldwide, it’s not going to look like the financial crisis, when there was a lack of liquidity and lack of capital at any price. It could be short and shallow, as long it won’t translate to fear on the capital side, we could easily scrape through this in commercial real estate. And we’ve seen recessions like that before, in the late 70s and 80s, where there was economic decline, but still a very liquid debt market and commercial real estate prices didn’t plummet.

NREI: RCA released its July CPPI today. Can you talk about the main takeaways from it and what you think the latest numbers mean?

Jim Costello: The thing that strikes me is the industrial sector is the leader. You are up to 14 percent year-over-year price growth. I am looking at this and I wondering “Is that too much?” It’s not as though it’s difficult to build an industrial building. If office prices are going up by 14 percent per year, you are not going to build a new tower on Fifth Avenue next week. [There are barriers to entry there]. There’s tremendous investor demand because everybody understands the story of industrial, but online activity is still only 10 percent of consumer spending. It’s growing, but I wonder if people are getting far too ahead of themselves in that. Do you inspire a lot of new developers to come out of the woodwork to supply that stuff?

On the opposite end of the spectrum, [price growth on] retail is very flat. Maybe a little bit below 2 percent. But it’s an interesting one because you’ve got a lot of variation there. There are some winners and losers in the retail space. It really gets down to the property story. In strong local economies, assets that are dealing with day-to-day needs, they are dealing much better. But the overall results are being dragged down. I was in St. Louis at a mall that had a Dillard’s, a J.C. Penney and a Macy’s, and I was halfway through the Macy’s before I saw a single person. In some places, there are assets that are standing on their last legs as assets [where there is a struggling local consumer] versus a high-impact dynamic city like New York, where there’s a strong economy, there’s tourism, it’s an experience. That’s the key of success.

NREI: Overall, cap rates seem to be staying flat for now. Do you expect any movement in the coming months? Or will there maybe be some movement on a sector basis?

Jim Costello: Sector-wise there are some movements in cap rates. In the apartment sector, we are seeing increases in cap rates in those expensive coastal markets that are starting to implement rent regulations. It’s not a big increase. But investors are clearly dealing with some uncertainty in these locations, given the degree to which these new regulations might impact the value of the operations of the business. And it’s up in the air in some markets, like New York, where the courts might end up figuring out what the [finalized] rules might be. And then there are places like Oregon, where the regulations are not as onerous. But there is a move to regulate things and it’s generating some uncertainty for the sector. But nationally, there are still some apartments in secondary and tertiary markets where you don’t have the same problems as in New York and San Francisco, one, because the demand growth is not as strong, and then you also don’t have the sort of sclerotic situations where you are not allowing developers to build.

NREI: For investors deciding where to put their money, what are the strongest commercial property sectors right now, in terms of potential for future returns?

Jim Costello: If am just an allocator, the best sector for an investor is where they have a particular expertise. If am an asset allocator type of person, in the near term, I think industrial. Just the momentum of price growth, the momentum of capital that’s still looking for something in industrial. But I think the returns that are going to be achieved there might be a bit different from the folks who already bought [some time ago]. You are not going to get very strong price appreciation, like double-digit annual growth. Ultimately, I think the outperformance is going to be for the folks who get into the nitty/gritty of the property.

There’s also money to be made in a down market. Even that rundown mall in St. Louis, somebody could repurpose it. Build some seniors housing in the outlots, so local folks don’t have to move to Florida and build some medical offices, and suddenly you’ve got a community instead of an eye sore.

NREI: What are your biggest worries/flashing red or yellow signs for the remainder of the year?

Jim Costello: There are some things that I am watching for. There’s the Jackson Hole [Fed] meeting, there’s AFIRE in Seattle in September. It’s really the first conference that starts the fall season, so I am going to be looking at the attitude of the people there. And in our second quarter figures globally, we had 10 markets globally that posted a quarter-over-quarter price decline, and that’s a warning sign. There are a couple of them where we will likely see price growth again in the third quarter, but I am concerned about what happens, especially in the Pacific Region, it’s been the weakest region. And I am concerned whether it starts to percolate to other parts of the world.