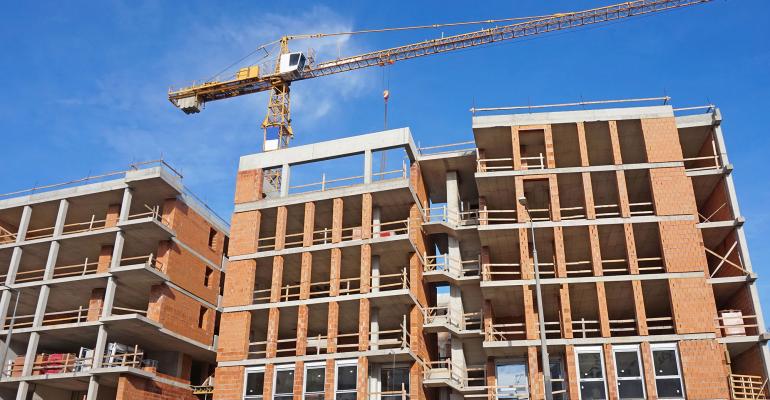 Construction subcontractors are raising prices in advance, even if the tariffs have not yet made an impact on materials prices.

The tariff wars are causing the price of construction materials to rise, construction contractors are saying.

The U.S. government continues to confront its main trading partners on what it calls unfair trade practices, placing heavy tariffs on goods from these countries. These include tariffs on goods from China and on Canadian lumber, to name just two. Subcontractors have often responded quickly, raising their prices on the news of higher tariffs, even if the price they pay for materials remains relatively low.

"We are not seeing costs translate directly on a dollar-for-dollar basis, but rather seeing subcontractors inflate bids in anticipation of the potential impact from tariffs," says John Gray, president of LMC Investments, a Lennar Company and a multifamily development firm. "The influence or potential influence of tariffs is generating an increase in costs for certain [materials], but the true impact remains to be seen."

Tariffs on China had an immediate effect

Negotiations between the U.S. and China are set to begin again in early July 2019, after a two-month hiatus—with little sign that the two countries would resolve their disagreements. China backtracked on commitments in early May, prompting Trump to proceed with a long-threatened tariff hike to 25 percent on $200 billion worth of Chinese imports.

In the South and Southeast, the overall cost difference compared to last year is now around 3 percent, he notes. In the Northeast and states in central U.S., the difference is closer to 5-8 percent. “These variances are largely dependent on the availability and strength of labor, as well as sales tax in the region.”

So far, the underlying cost of materials has not reflected the tariffs on China. The producer price index (PPI) for inputs to residential construction is now close to where it was last year at this time, after rising from its usual January low point. “Building materials prices have grown much more slowly in 2019 (+3.1 percent) than they did over the same period in 2018, during which they increased 4.7 percent,” says David Logan, economist for the National Association of Home Builders, an industry trade association.

The cost of wood has also once again begun to climb, after an unusually significant decline in the few prior months, according to Trascritti.

Lumber is one of the most significant materials in the construction of low-rise and many mid-rise buildings. The cost of lumber rose quickly in 2018 as the U.S. imposed tariffs on lumber from Canada, a leading supplier. Earlier this year, prices dropped as other lumber suppliers emerged.

However, the long-term problem has not gone away. Canada and the U.S. still have deep disagreements on trade.

Almost two-thirds of developers say tariffs have increased the cost of development in the markets that they are familiar with, according to the January 2019 Quarterly Survey of Apartment Conditions by the National Multifamily Housing Council (NMHC). One in five of the senior multifamily executives surveyed (19 percent) says costs have increased “by a lot—greater than 5 percent.” Close to half (44 percent) say costs have increased “by a little—less than 5 percent.” Only one in six executives (12 percent) claims costs have not risen. The rest of the survey respondents declined to comment on the issue.