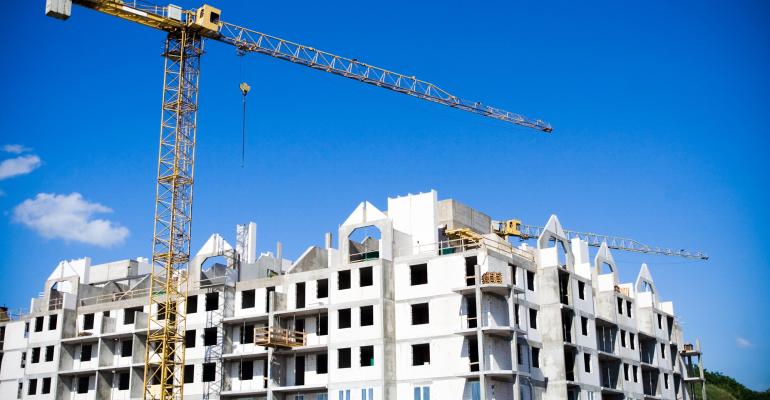 The threat of tariffs is putting pressure on prices of construction materials, driving up project costs.

Many multifamily developers and contractors are fighting off price increases for construction materials.

“Lately we have seen a few knee-jerk reactions from manufacturers claiming upcoming price increases or possible increases due to tariffs,” says Marc Padgett, president of Summit Contracting, a multifamily general contractor based in Jacksonville, Fla. “Often, they can’t substantiate the claim because there isn’t an actual tariff, just the mention that there could be one.”

The administration of President Donald Trump has threatened to impose tariffs on a long list of construction materials imported from foreign countries, including lumber from Canada and steel from China. Many manufacturers have already responded by hiking up prices.

Tariffs and the rumor of tariffs push prices higher

The threat of tariffs has already affected the price of steel and lumber, according to data from the Bureau of Labor Statistics (BLS).

For example, the producer price index for steel mill products jumped by 19 percent in August 2018 compared to the year before. The producer price indexes for lumber and plywood rose sharply this spring and early summer, though wood prices dropped back in July and August. In June, the indexes were up 18 percent compared to 12 months before (price increase had since shrunk to more normal levels).

“Both steel and lumber prices have been affected by tariffs,” says Simonson. “In some cases, the announcement or anticipation of tariffs has led to price spikes, which have sometimes moderated when the tariffs were postponed or scaled back.”

President Trump’s trade wars aren’t the only factors affecting the prices of construction materials like lumber. “Sometimes the transportation is hindered by the weather to a point that material is not hitting projects as they typically do in the warmer months, resulting on less supply,” says Padgett. “Of course, the ripple effect is pricing going up.”

In addition, the producer price index for diesel fuel leaped 34 percent over the 12 months that ended in August 2018. That’s the biggest increase for any construction material over the period, even though diesel fuel has not been specifically targeted with any tariffs. Contractors use diesel fuel to power off-road equipment, trucks and mobile cranes. They also pay for diesel fuel indirectly in the fuel surcharges on deliveries of materials and equipment.

Contractors also continue to struggle to hire construction workers for their projects, according to AGC’s latest annual workforce survey, released at the end of August.

“It has simply continued to get worse,” says Paul Emrath, vice president of surveys and policy research for the National Association of Home Builders, based in Washington, D.C.

“We asked about 20 specific crafts, and for all but one of those, more than half the respondents said that position was harder to fill than a year ago,” says Simonson. Indeed, 80 percent of respondents said they were having trouble filling at least one type of hourly craft position. Participation in the survey jumped nearly 40 percent compared to earlier surveys—another indication that more firms are having trouble filling jobs.

A wide range of positions were hard to fill, according to AGC’s survey. More than two-thirds of the firms that employ pipe-layers, sheet metal workers, carpenters or concrete workers reported more difficulty than a year ago in filling each of these positions.

The shortage of construction workers began long before most other industries had labor shortages. “Contractors have been reporting shortages of some crafts, as well as supervisors and project managers, for up to five years,” says Simonson.