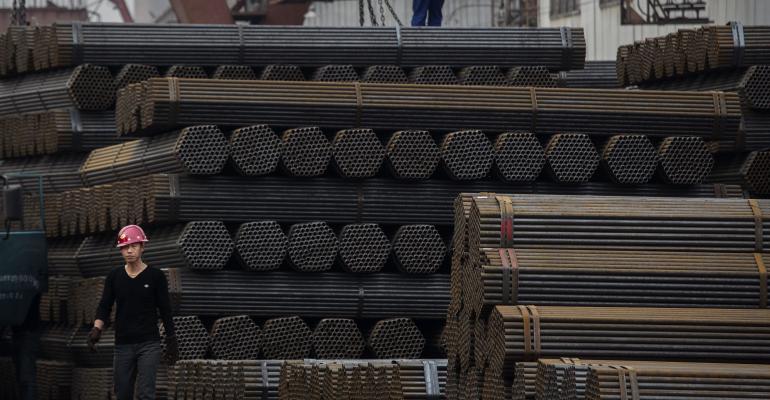 Some in the sector say they have seen around a 10 percent increase in the price of steel since the tariffs were announced earlier this month.

President Donald Trump’s recently imposed tariffs on foreign steel and aluminum have not yet gone into effect. But they are already affecting deal negotiations, bottom lines and construction pricing in commercial real estate.

Some in the sector say they have seen around a 10 percent increase in the price of steel—a material whose prices have already been rising—since the tariffs were announced earlier this month. The price increase—and the uncertainty over future increases—has caused some to rework and reconsider planned projects.

Paul Rohrer, a real estate partner at the law firm Loeb & Loeb in Los Angeles, has been working on a $300 million, 500,000-sq.-ft. high-rise office building in Los Angeles for nearly a year. The goal had been to build the office for a set price—the firm’s clients tend to be entities like the government that don’t typically work in real estate and seek such contracts to reduce their risk. Now that the firm is working on the underwriting stage for the bond that will finance the project, a contractor has notified Rohrer that the project cannot be built at a fixed price—a “steel tariff contingency” needs to be added.

“The problem is that nobody at this point is really able to underwrite the value of this uncertainty, which causes a distortion in the market and could cause deal flow to slow down until folks figure out what to do,” Rohrer says.

Trump’s imposition of tariffs—10 percent on foreign aluminum and 25 percent on foreign steel—excludes Canada and Mexico, and the president also signaled that Australia might be exempt from the taxes as well. In his proclamation related to steel, Trump said the move was to protect national security. The U.S. is the largest importer of steel in the world.

The domestic steel industry heralded the levies, set to go into effect later this month. Thomas J. Gibson, president and CEO of the American Iron and Steel Institute, an industry group, said in a statement that the tariffs are critical to getting U.S. steel workers back to work and “stemming the tide of unfair foreign imports.”

While Trump backed off on subjecting Canada and Mexico to the tariffs, the price increases are still being translated throughout the construction sector, as the steel industry works to hedge any risks once the tariffs go into effect, says Joe Pecoraro, project executive at Skender, a general contractor in Chicago. “Some of the price increases are speculative, in a way, because construction by nature—you’re always looking six to 12 months ahead,” Pecoraro notes.

The price uncertainty has led one of Skender’s affordable housing developers to notify the firm that if prices continue to rise, the project will have to be delayed—there are no excess funds. “Uncertainty drives people to be very conservative, risk-averse. It is affecting our deals,” Pecoraro says.

Construction pricing has been rising in general, largely because of the shortage of skilled laborers around the country and the economic expansion driving the demand for building. Prices on steel mill products rose 2.3 percent from January to February and 4.8 percent year-over-year, according to the most recent produce price index from the Bureau of Labor Statistics (BLS).

Darcie Lunsford, a senior vice president at Butters Realty and Management, a South Florida-based real estate developer, says the price to construct the same building she is working on today was 25 to 30 percent lower just two years ago. “We’re already seen a tremendous amount of increases,” she says. The tariffs make it even more difficult to estimate construction costs. “It’s obviously something that we’ve been watching from the get-go, and it’s been a concern for me and other commercial real estate leaders down here,” says Lunsford, also president-elect of the board of directors of the South Florida Chapter of NAIOP, a commercial real estate group.

There is recent precedent for fears of price increases stemming from tariffs. Last year, the Trump administration imposed tariffs on Canadian lumber. The price of softwood lumber in February was up 15.6 percent year-over-year, according to the BLS.

There has already been a run-up in multifamily construction pricing because of the lumber tariffs, according to Tim Wang, managing director and head of investment research at Clarion Partners, a New York-based real estate investment firm. And his firm’s suppliers have now hiked steel and aluminum prices by 10 to 20 percent, which the firm estimates will increase development costs by 5 percent to 8 percent. “We are assessing whether the market demand is strong enough to pass on the costs to the new tenants, or we have to simply eat the costs ourselves,” Wang says.

However, while higher costs might not bode well for developers of new projects, they could benefit owners of existing buildings. If a newly constructed building charges even higher rent than it would have pre-tariff, the owner of an existing building—likely taking in much lower rent—can use the situation to hike up rents as well. “It’s going to be great for existing property owners,” Wang says.

Some economists are predicting that the tariffs could trigger an end to economic expansion, particularly if other countries take retaliatory measures against the U.S. and a full-scale trade war ensues. “Inflation pressures are building,” says Anirban Basu, chief economist with Associated Builders and Contractors Inc., an industry advocacy group that has come out against the tariffs. “Should those pressures become too great, interest rates are going to rise meaningfully, and that could put an end to this economic expansion cycle.”

Still, the price increases will likely not cut into the volume of steel needed. In the mid-point of the business cycle, there is still strong demand, says Walter Kemmsies, managing director, economist and chief strategist for JLL’s U.S. ports, airports and global infrastructure group. While everyone may be reworking their calculations, a 10 percent price hike might not make a huge dent in the real estate construction pipeline, particularly on the industrial side. Rather, expectations for rates of returns need to be shaved. “It’s a cost, but you need to look at the revenue, and the revenue side is pretty important now,” he notes.