With the aging baby boomer demographic, there has been excess saving throughout the global economy—older people tend to save more—helping to keep long-term bond rates between 3.0 and 3.5 percent, far lower than they were before the Great Recession, says Richard Barkham, global chief economist at CBRE. “That effectively puts a limit on what the Fed can do with interest rates,” he says. “So we would see shot-term of Fed funds rate notching up very slowly over the next 12 or 24 months and not getting much higher than the long-term bonds rate. … and therefore yields are likely to be very stable into the medium and long term.” And while shorter-term rates are approaching the long-term rates, making investors nervous of a yield-curve inversion, Barkham says the inversion would have to be big for it to be meaningful signal of a recession. “We don’t see a lot of people stopping their activity,” he adds.

Since 2015, deal volume has been trending down—though still elevated—as investors have not been jumping in as easily as they had in the past, says Jim Costello, senior vice president at Real Capital Analytics. Cap rates also have been flat for the past year and a half, meaning the move into a slightly-higher interest rate environment has filtered to expectations. “Buyers and sellers are further apart on their price expectations today and it takes them longer to underwrite a deal,” he says. And while no one wants to be the person who buys the highest-priced asset at this stage in the cycle, it may be that way to get deals done. Expectations for extremely high LTV with no upside without income growth and double-digit rent increases also should be tempered, Costello says. “It’s a case of just being a little bit more conservative with your underwriting today,” he adds. “It makes it harder to get deals done, but if and when there’s another downturn, they’ll sleep much better at night.”

There has been a slowdown in commercial real estate activity, given the longevity of the cycle and a concern about buying at the top of the peak of the market, says Heidi Learner, chief economist at Savills Studley. While the Fed has been increasing rates slowly and incrementally, there is still a concern over tightening too quickly or aggressively, which could potentially stymie investment, Learner says. The yield curve also has begun to flatten, triggering concern over an imminent inversion which historically has come before an economic slowdown. Investors therefore need to make sure that the debt they take on can be sustained for another two-year period of rate increases, being mindful of the level and term of funding, as well as ensure their pro forma rent calculations reflect a continued increase in rent, Learner says. “No one gets into trouble on the real estate side when there’s no debt, but [investors should make] sure that their income growth projections are consistent with their debt service projections,” Learner says.

In a strong economy, commercial real estate owners are going to see better NOI growth, which hedges interest rate increases. “I don’t want to be a Pollyanna, it’s just right now this increase in rates is directly proportionate to the increase in economy,” says Hans Nordby, managing director at CoStar Portfolio Strategy. Nordby says he has some clients who are expressing caution, but they are still writing checks. Because of the strong stock market, “there’s a denominator effect that’s forcing money into real estate. … Basically until there’s some sort of capital markets event that causes the cash flows to cease, the party will continue,” says Nordby. At some point—Nordby predicts February of 2020—there will be a recession. Nordby tells the institutional investors he speaks with to decrease risk while staying in real estate at this point in the cycle to pay off debt and buy assets that are less subject to volatility, such as workhorse housing. “Workforce housing is in very short supply. … They tend to stay very occupied in a downturn,” he says.

As long as the economy remains strong, the Fed likely will continue to increase interest rates through 2018, says Elizabeth Norton, managing research director for the Mid-Atlantic region at Transwestern. “The Fed seems unconcerned at this point about trade talks or rising inflation,” she says. However, rising rates too soon and too quickly could hinder businesses and consumers from borrowing and spending. Still, the Fed has been talking about rate hikes for some time. “The market has already had time to adapt in large part,” Norton says. And though one might think higher rates could increase cap rates and weaker returns with declining property values, Norton says that rates also tend to increase because of strong economic markers. “A stronger economy usually indicates that real estate demand also is healthy,” says Norton, which she added has been reflected in many sector fundamentals.

Small and slow rate hikes, such as those that the Fed has been instituting lately, tend not to have a dramatic impact on commercial real estate, says Ryan Severino, chief economist at JLL. “They’re kind of insignificant at the margin. They’re not doing very much,” he adds. But should this pattern continue amid a growing economy, it could start to trigger a slowdown, increasing lending costs and causing organizations to pull back from making purchases. “That will start to become more of a drag on the economy,” Severino says. This slowdown likely will be actualized in 2020 or 2021, Severino says, meaning those in CRE should prepare today. For example, landlords should hedge tenant renewal issues by negotiating leases now. On the refinancing side, landlords using debt capital to finance acquisitions or portfolios should make sure they do not have a balloon payment during a downturn, when cashflow or the ability to service the debt is uncertain. “Don’t be complacent about this,” Severino says. “Start to think proactively about the kinds of things you would do.”

As the Fed’s rate increases focus on short-term rates, Tim Wang, managing director and head of investment research at Clarion Partners, says he is less concerned about any impending rate hike. Long-term rates, closely linked to cap rates, have not moved in recent months. And real estate can act as a hedge against growing rates and inflation. Landlords, for example, can play catch up by boosting rents in a slow-growing-rate environment, Wang says. However, a small part of the re-financing market could feel an impact and commercial real estate could be indirectly pressured should the rates continue to rise, Wang adds. “But for now, I would say interest rate is a top three concern among the investor participant, but not the top one,” he says. Those other two concerns? A full-blown trade war and runaway inflation. “Adding tariffs [acts] as a form of taxes on consumers, so that may have a broader impact in terms of consumption, in terms of business confidence and even for the business community in terms of their long-term planning,” he says.

For investors in the apartment sector, which has increasingly become challenged as deals have been tougher to find at this stage in the cycle, the rate hike will make deal-finding even harder, says Greg Willett, chief economist at RealPage Inc. “It cuts off the number of doable deals a little bit more and makes it a little bit more challenging environment to get deals across the finish line,” Willett says. Investors need to maintain realistic expectations, and operators need to pay attention to their occupancy rates, as there may not be as much wiggle room to position for rent growth. “If there’s room to get a little bit more return out of occupancy, you need to be working that angle,” Willett says.

There is nothing to suggest the Fed would deviate from its tightening plan, says Sam Chandan, dean of New York University’s Schack Institute of Real Estate. However, the FOMC raising the short-term rate has so far had little impact on the long-term rates more closely tied to commercial real estate. “With the longer end of the yield curve adjusting up but not capturing the full extent of the increases in Fed policy, that mutes somewhat the impact on cap rates, on the fixed rate,” he says. If the economy continues to grow, the current flattening of the yield curve could steepen, Chandan says. But by the time the Fed has fully realized its plans to normalize its target rate and policy, the economy already may be weakening, triggering the Fed to become more accommodative again, he notes. Those in the industry should not to generalize, Chandan says. “We have a wealth of data at our disposal in our industry now to take a more critical look at how different properties at different locations will respond … to changes in the rate environment,” he notes. 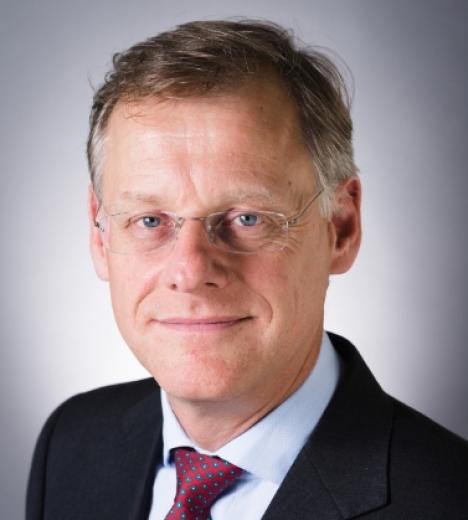