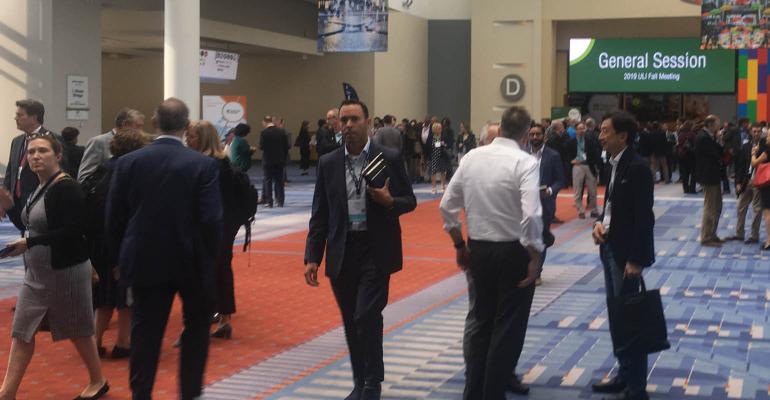 The report ranked cities in the Southwest and the Southeast as currently offering the best CRE prospects.

The commercial real estate market remains strong, despite talk of an approaching recession, according to an Emerging Trends in Real Estate 2020 report produced by the Urban Land Institute (ULI) and consulting firm PwC and released at this week’s ULI fall meeting.

“Real estate is in a very good space,” said Mitch Roschelle, partner and business development leader with PwC, at the event. “The real estate community caused two recessions: it caused it in housing, and it caused it in the savings and loan crisis. This go-around, whatever happens, it ain’t going to be [real estate’s] fault.”

The industrial sector continues to be ranked highest for investment and development prospects, reflecting the impact of e-commerce growth and rising demand for storage and delivery facilities. Total industrial investment volume reached a new peak of $97 billion in 2018, according to research firm Real Capital Analytics (RCA). The combination of several large entity-level transactions announced year-to-date and continued strong returns should combine to drive another robust year of sales activity in 2019. A positive outlook for values continues to attract new institutional sources of capital to logistics real estate and is pushing pricing higher.

Multifamily and single-family housing also continue to be favored asset classes, as housing needs continue to change for millennials and baby boomers. Less favorable asset types, according to the report, include office, hotel and retail.

According to ULI and PwC, the highest ranked markets for investment and development prospects are those with “interesting, lively places with ample employment opportunities and good quality of life, even as housing affordability challenges intensify.” For this reason, just as the live-work-play environment revived inner cities a quarter century ago, it could also do the same to certain suburbs. The report referred to this trend as “Hipsturbia.” For example, around Atlanta, communities such as Decatur and Alpharetta are already vying for migrating millennials, as this younger generation begins to move out to the suburbs to avoid pricey urban housing. In addition, as more and more markets have reached a breaking point when it comes to affordable housing, employers are discouraged from locating in areas with inadequate affordable housing.

Austin ranked as number one out of 80 U.S. cities for overall real estate prospects for 2020, followed by Raleigh, N.C., Nashville, Tenn., Charlotte, N.C. and Boston.

Moving away from classifying cities as primary, secondary or tertiary, ULI added new market categories this year to reflect the appeal of certain metro areas. These include: