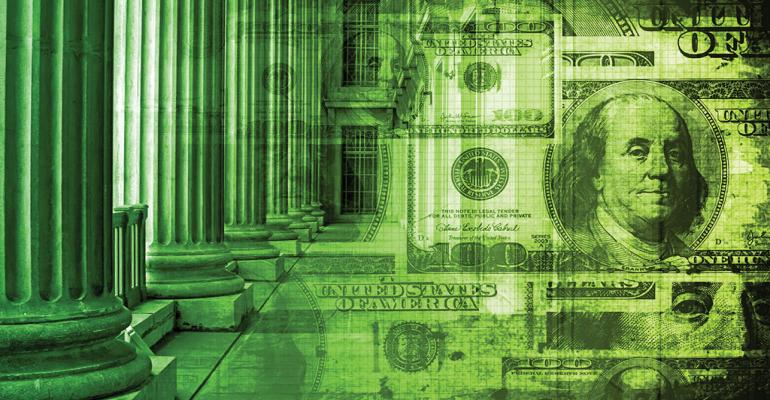 Start Slideshow ›
Comparing the findings from exclusive research with the audiences of NREI and WealthManagement.com.

The studies found there remains resounding interest among HNWIs in commercial real estate. But among the most interesting findings in the surveys centered around where perceptions of CRE pros diverged from wealth management advisors.

There is a slight divergence in perceptions as to whether HNWI’s interest in commercial is rising, falling or staying the same. Just more than two-fifths of NREI’s respondents estimated HNWI CRE allocations are increasing, which was in line with advisors’ views. However, another one-fifth of NREI readers in the 2018 study estimated HNWI interest is falling vs. just 6.6 percent of WealthManagement.com readers. On balance, a majority of advisors said client allocations are remaining flat (53.9 percent) vs. 36.3 percent of NREI readers who responded that way.

Another intriguing divergence between the WealthManagement.com and NREI audiences came in assessing how HNWIs invest in commercial real estate. (In both surveys, respondents were allowed to pick all options that applied.)

Whereas the most popular answer from the NREI audience was private real estate equity funds (53.6 percent), only 26.1 percent of advisors pointed to those vehicles. Conversely, the WM audience pointed to publicly-traded REITs (46.2 percent), while only 24.9 percent of NREI readers picked that option. (Similarly, non-traded REITs had a higher response rate from the WealthManagement.com audience than the NREI audience.)

In assessing factors, answers from both segments were similar. Advisors pointed to diversification as the most popular reason why they recommend their clients invest in commercial real estate. (This was not an option in the NREI survey.) Interestingly, the NREI audience pointed to wealth preservation as the most important factor, while advisors ranked that below factors such as income, tax advantages and asset appreciation.

The audiences also generated divergent responses when it came to identifying the most popular property types for HNWIs to invest in. Both audiences said multifamily was the most popular. After that, office, mixed-use and retail all finished ahead of the white hot industrial market according to the survey of the WM audience as to what property types they advise on.

It illustrates a potential gap in HNWI’s understanding of current trends in the commercial real estate business. Alternatively, it could be due to vanilla white boxes of industrial real estate being seen as a far less sexy investment by HNWIs than trophy office buildings and malls despite the inherently stronger fundamentals of the industrial sector. Meanwhile, NREI’s audience did point to industrial as the second most popular sector for HNWIs, but that might just reflect their own understanding of which sectors are performing the best rather than what property types HNWIs are opting for.