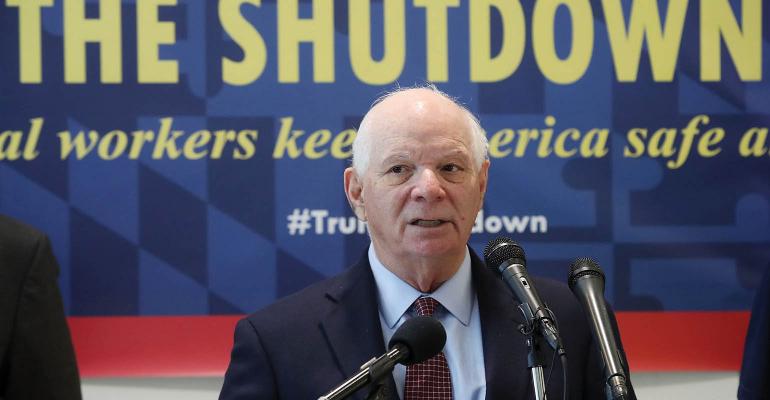 White House Says No Growth Possible This Quarter on Shutdown

If the shutdown extends through March, there will be zero economic expansion in the first quarter.

Asked in a CNN interview Wednesday if the U.S. could see zero growth with the shutdown, Hassett responded, “Yes, we could, if it extended for the whole quarter.”

“It is true that if we get a typically weak first quarter and extended shutdown that we could end up with a number that is very low,” or “very close to zero,” Hassett said. He added that he sees the chance of a recession in 2020 as “very, very close to zero.”

Growth could rebound to “4 or 5 percent” in the second quarter if the government reopens, he said.

Analysts surveyed by Bloomberg News last week said that if the shutdown lasts through the end of March, it would subtract 0.8 percentage point from first-quarter growth, which would end up at 1.5 percent, based on median responses. Estimates for GDP, based on an annualized pace, ranged from a contraction of 2 percent to growth of 3.3 percent.

One economist disputed Hassett’s estimate of the potential second-quarter rebound. Such a projection “looks more like a full-throated prayer than a realistic forecast,” according to Bernard Baumohl, chief global economist at the Economic Outlook Group LLC, though he agreed first-quarter growth could edge close to zero if the shutdown endures through March.

“What apparently the CEA missed or grossly underestimated is the extent households will work in the second quarter to rebalance their finances after ramping up their credit card debt and depleting savings during the first three months of the year,” Baumohl wrote in a note. “Credit card usage by the 800,000 unpaid government workers and contractors will climb sharply in Q1 to pay for essentials. Others will dig deep into their savings.”