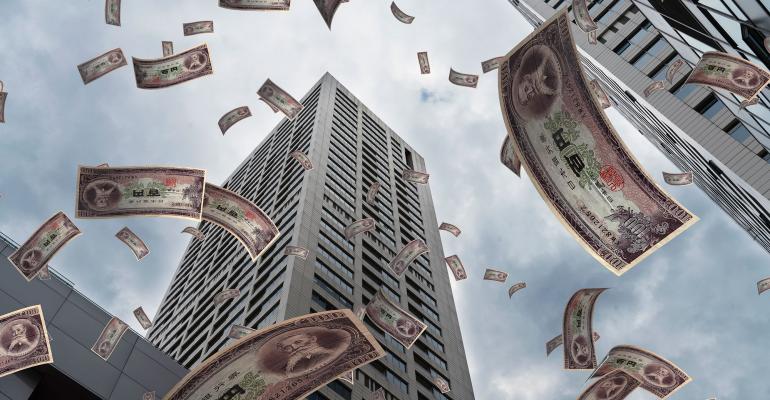 Cross-border entities have pulled back on investment in the U.S. hospitality sector this year.

Foreign investors reduced buying activity in the U.S. hotel sector so far this year, according to industry experts.

That leaves year-to-date net acquisitions of hotels by foreign entities down $18.8 million. Cross-border hotel acquisitions are down 27 percent year-over-year, according to the first quarter 2019 report on cross-border activity from research firm Real Capital Analytics (RCA).

Unexpected merger and acquisition activity or geopolitical shifts could always bring back cross-border hotel acquisitions in the second half of 2019, but the high pricing climate within the U.S. hotel sector remains an impediment for foreign investors, according to Schreck.

“It’s not fair to say foreign investors are dumping U.S. hotels en masse; the negative turn in net acquisition activity so far this year has more to do with reduced buying activity relative to prior years,” says Schreck. “Hotel pricing is hovering near an all-time peak, but is showing little further upward momentum, suggesting that the yield proposition may be less attractive for foreign entities.”

Total transaction volume for U.S. hotel properties in the first quarter of 2019 reached $6.8 billion, a 36 percent decline from the $10.5 billion total during the same period one year ago.

According to Schreck, this is not concerning, as the $6.8 billion total in the first quarter of this year is “still a healthy level of transaction volume for the hotel market during an expansionary period like the one we’re currently in.”

Instead, the 36 percent decline in total transaction volume reflects the high pricing on some of the hotel deals that took place in the first quarter of last year, says Schreck. The Times Square EDITION traded for $1.5 billion back in the first quarter of 2018, while the Hyatt portfolio fetched $1 billion and another portfolio of seven hotel assets traded for $768 million.

“We expect transaction volume to pick up in second half of 2019 as investors look to harvest their gains,” says Lou Plasencia, CEO of The Plasencia Group, a commercial real estate agency based in Tampa, Fla. “The availability of acquisition capital and inexpensive financing continues to drive investors into lodging.”

So far this year, room rate growth is pushing hotel revenues higher despite a slowdown in occupancy growth amid a burgeoning supply pipeline. Total U.S. hotel revenue is up 3.5 percent year-over-year, but occupancy rates are projected to drop in 2019 through 2020, according to a Ten-X hotel report. Occupancy rates peaked at 72.5 percent in 2015.

“The supply pipeline has increased in many gateway markets in response to strong operating conditions this cycle. This strong performance among hotels has encouraged many developers to build, a process which often takes several years from permitting to completion,” says Schreck. “As this glut of new supply has accumulated, gateway markets are now contending with decelerating demand prospects and slower room rate growth.”

On top of oversupply beginning to creep up in gateway markets, Chinese tourism to the U.S. dropped in 2018 for the first time in 15 years. This disproportionately affects occupancy in gateway markets, according to Schreck. The U.S. dollar also remains relatively expensive compared to other currencies, dampening foreign travel inflows and spending.

“Inbound travel into the U.S. has definitely slowed in the past year. A variety of factors are contributing to the decline,” says Plasencia. “They include the strength of the U.S. dollar, economic woes in Europe, a slowing economy in China, a recession-like environment in many Latin American nations, and continuing concerns about the Trump administration’s announced policies on immigration.”

Hotel acquisition activity has been trending towards the middle of the country over the last year or so, according to Ten-X data. While New York and Florida are exceptions, both coasts have seen deal volume plateau or fall slightly.

“The rising tide of the U.S. economic expansion lifted all boats earlier in the cycle, but hotel market performance will vary more by metro in the next few years,” says Schreck. “Those markets with smaller new construction pipelines, stronger local economic outlooks and with lighter reliance on international travel flows stand to see the strongest performance in hotel operating conditions, pricing prospects and NOI growth.”