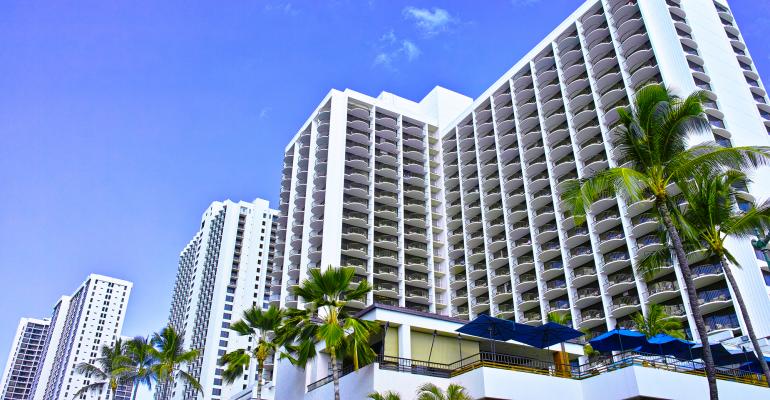 Brokers are busy again with the sales of hotel properties, after a slow winter with relatively few transactions.

Low interest rates may be luring buyers and sellers back to the market.

Deals slowed down in late 2018

Investors slowed their purchases of hotels in late 2018 and early 2019, after a very busy year in 2018. Long-term interest rates rose near the end of 2018 to their highest level in years, cutting into the amount of money that potential buyers could pay to acquire hotel properties. There were few hotel portfolio sales in particular.

“It was feeling like we were late in the real estate cycle,” says Mallory. “There was a disruption in the debt market from December going on into January.”

Interest rates have now fallen back to early 2018 levels, after federal officials changed their plans to raise benchmark interest rates this year. The benchmark yield on 10-year Treasury bonds is now the lowest it’s been since January 2018.

As a result, hotel sales volume is now expected to match the high level set last year. Investors spent $43.1 billion on hotel acquisitions in 2018—a 54 percent increase from 2017, according to data from research firm Real Capital Analytics. In 2018, new investors from Europe and the Middle East joined domestic buyers of hotel properties.

Investors are pushing already high prices higher, which pushes cap rates lower. For example, standard, full-service hotel properties now typically earn cap rates from 8.00 percent to 7.75 percent, according to Mallory. “Cap rates feel like there is downward pressure on them,” he says. “Leverage has moved towards the seller.”

Demand for hotels is still strong

Hotel properties continue to produce good income for their investors. “We are forecasting demand for hotel rooms at record levels,” says Mallory.

The average revenue per available room (revPAR) is expected to grow 2.3 percent in 2019, according to the forecast from Cushman & Wakefield. That’s good improvement, though it is less than the 5.4 percent growth in revPAR that has been the annual average since 2010.

“RevPAR growth has been fantastic—a great run-up,” says Michels. “We see revPAR growing at a slower rate this year.”

Demand for hotel rooms is still at record high levels, though new construction is starting to catch up. “We have had 107 out of 108 months of positive revPAR growth,” says Michels. “How long can this go on?”

As a result, buyers are taking a longer time to close sale transactions, but they are still buying.

“It’s challenging to get to the finish line,” says Mallory. “Buyers are looking with a sharper eye at additions to the supply of new hotel rooms and deferred maintenance at the properties that they are considering.”