10 CRE Deals That Had Fallen Through Due to the Pandemic 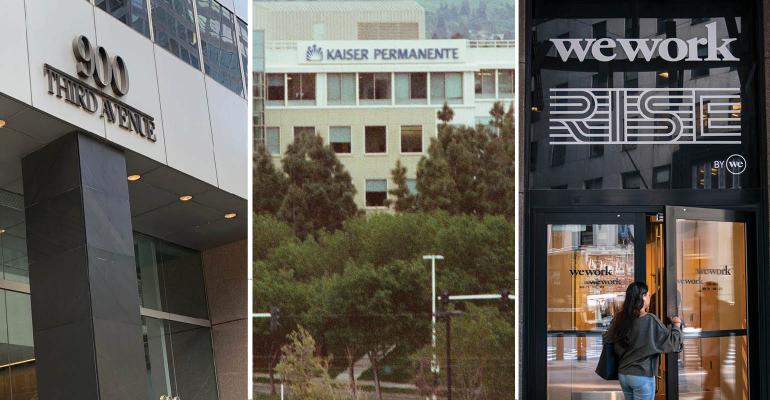 Start Slideshow ›
The disruption from the pandemic and the subsequent liquidity pullback have spelled the end for a number of planned acquisitions.

Two months into the lockdown, the pandemic has disrupted a number of high-profile real estate deals, including stand-alone building sales, portfolio transactions and entity-level equity infusions. Some had fallen apart because the buyer couldn’t secure financing in a market that had become less liquid. In others, the acquisition just no longer made sense, given the economic outlook. A number of these disrupted deals have even led to legal disputes, with the seller insisting the buyer uphold its end of the contract.

In March, the most recent month for which data is available, 1.1 percent of real estate investment sales under contract had fallen through, according to New York City-based research firm Real Capital Analytics (RCA). From 2016 through 2019, the average for such transactions was 0.4 percent. But the fallout had not been spread evenly across sectors. Looking at collapsed sales in the first quarter of 2020, RCA found that they skewed toward office deals (37 percent of total), retail and hotels (21 percent each). The industrial sector contributed just 5 percent to the total of fallen transactions.

Meanwhile, according to research firm CoStar Group, 17 percent of real estate investment sales scheduled to close in April had been cancelled. CoStar found that hotel and multifamily sectors saw the biggest fallout that month.

Here are 10 of the biggest deals that had unraveled from March through May.