In March, All Year Management, a New York City-based development firm, was on track to sell 74 apartment/retail buildings, most of them in Brooklyn, to David Werner Real Estate Investments. Then Werner pulled out of the deal, reportedly because the firm couldn’t secure the necessary acquisition financing in time and the seller wouldn’t provide an extension. But David Werner claimed that All Year violated the terms of the sales agreement, including not providing enough information about the properties involved and entering rent relief negotiations with some tenants without the buyer’s consent. The two firms are now negotiating on how to resolve the dispute.

At the beginning of April, Blackstone Real Estate Income Trust Inc. cancelled its planned acquisition of the 397,000-sq.-ft. Uptown Station office property in Oakland, Calif. from CIM Group. The property is leased to Square Inc. The reason for the cancellation was reportedly the difficulty of securing deal financing. If the deal had gone ahead, it would have set a per sq. ft. price record for the Oakland market.

In early March, Xenia Hotels & Resorts struck a deal to sell seven Kimpton hotels in the U.S. to King & Phillip Investments Pte, SoilBuild Group Holdings and iProsperity Group for $483 million. But on May 5, the company revealed the deal was off. The buyers claimed a “failure of closing conditions” as the reasons for calling off the sale. Xenia Hotels disputes that allegation and plans to hold on to its $20 million sales deposit.

Perhaps the most high-profile symbol of the pandemic’s ability to disrupt deals was Sycamore Partners’ decision to pull the plug on buying a $525 million majority stake in Victoria’s Secret after the chain had temporarily closed stores. In a Delaware court filing, Sycamore tried to claim that Victoria’s Secret parent L Brands violated the agreement by closing the stores without Sycamore’s permission. While L Brands initially planned to challenge the move in court (and there’s a possibility it would have a strong case), it ultimately decided it would be “costly and distracting.”

In February, New York-based RFR Realty entered negotiations to buy the 600,000-sq.-ft. office building at 900 Third Avenue in New York City from the Paramount Group for $400 million and a 30,000-sq.-ft. retail condo at 1600 Broadway in Times Square for $200 million. By the first week of April, the firm abandoned both acquisitions. RFR Realty head Aby Rosen may reconsider the purchases once the worst of the pandemic is over, however.

In late March, health care system Kaiser Permanente pulled the plug on a planned 1.6-million-sq.-ft. office tower in Oakland that would have become the city’s largest commercial project. Expected construction delays and higher materials prices were cited among the reasons for the cancellation. Lane Partners was going to serve as the developer for the tower.

Amherst Holdings, which manages a single-family rental investment platform Amherst Residential, agreed to buy SFR landlord Front Yard Residential in February. But the pandemic made completing due diligence on the acquisition difficult, according to Amherst CEO Sean Dobson. However, Front Yard reported that its rent collections in April exceeded 99 percent of its trailing 12-month average.

In another page added to the WeWork unraveling saga, its major investor SoftBank walked away from a previously agreed-on $3 billion WeWork tender share repurchase in April. The firm cited the fact that WeWork “failed to meet multiple contractual obligations” for its change of mind. But WeWork’s founder and former CEO Adam Neumann, who stood to be the biggest beneficiary of the share repurchase, has now filed a suit against SoftBank over the decision, claiming it has been trying to undermine the agreement since December.

Last September, South Korea’s Mirae Asset Global Investments struck a deal with Chinese insurance giant Anbang to buy its portfolio of 15 luxury hotels in major U.S. cities including New York and San Francisco for $5.8 billion. But by early May, as the pandemic laid waste to the hotel sector, Mirae moved to terminate the deal. Like many other would-be buyers, it claimed that Anbang failed to meet “certain obligations of the contract” and failed to continue to operations of its hotels in accordance with the contract’s requirements. Now, Dajia Insurance Group, which has taken control of Anbang since the sale, has filed a suit to force Mirae to complete the transaction. 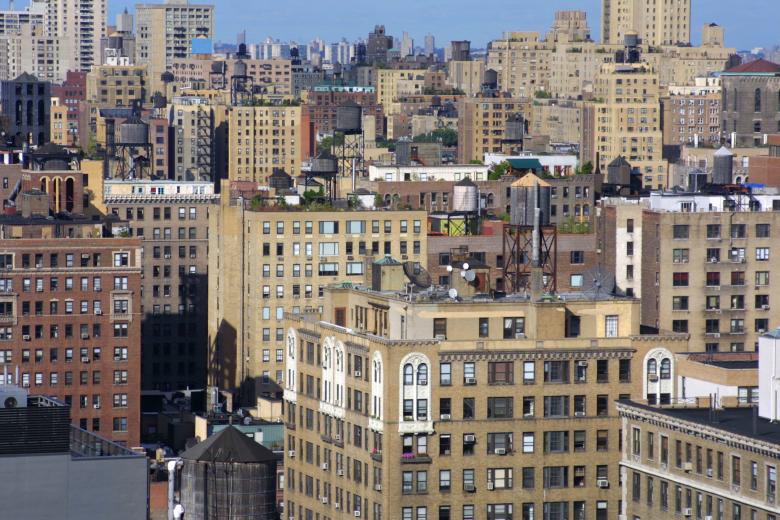