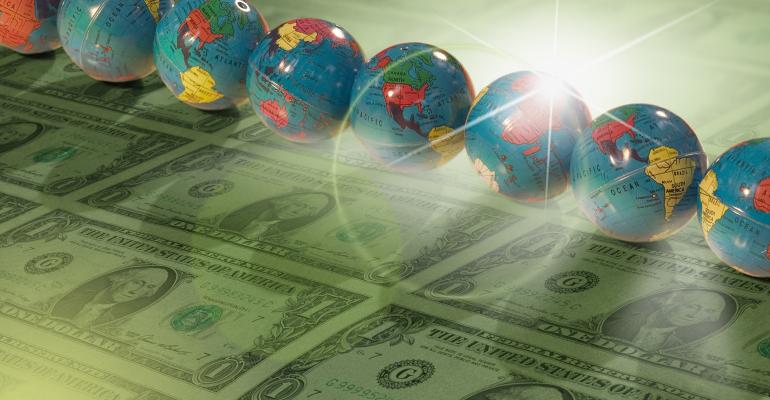 Cross-Border Investment Dropped Sharply in the First Half of 2020. But Foreign Buyers Will Come Back.

In spite of the current situation, global real estate investors still have a favorable view of the U.S. market.

While cross-border capital flows have declined considerably in the second quarter, industry sources expect foreign investors to return some time next year.

Cross-border investment sales activity fell sharply to $3.9 billion in the second quarter of 2020 due to the overall slowdown caused by the pandemic. Foreign investors represented 8 percent of total U.S. investment activity during the period, well down from the 22 percent high mark set in 2015, according to a recent report from data firm Real Capital Analytics (RCA). For the whole first half of 2020, cross-border investment in U.S. commercial real estate dropped by 34 percent year-over-year, according to a report from real estate services firm CBRE. JLL estimates foreign investment volume decreased by 29 percent in the first half of 2020 compared to the first half of 2019.

Industry sources maintain this pullback is not a sign of global investors writing off the U.S. as an investment destination.

“In some ways, the environment is quite good for foreign capital [investment] into real estate because the hedging costs have just dropped right down,” says Richard Barkham, global chief economist at CBRE. “We have got some pretty hot sectors in industrial and logistics. The U.S. has always been seen as the highest performing economy in the world. So, we do expect that investment to come back.”

Because hedging costs have fallen sharply in 2020, it is possible more international investors could find U.S. real estate attractive in the long term, says Jacques Gordon, global head of research and strategy with LaSalle Investment Management.

Canadian investors remained the top source of cross-border capital in the U.S. commercial real estate sector for the first half of 2020. But Canadian capital still shrank to represent just under 40 percent of all cross-border investment deals, down from the 65 percent level set in the second half of 2018, according to the RCA report. After Canada, investors from Europe were the second top source of capital in the first half of the year.

Nearing the end of July, the number of signed confidentiality agreements on foreign-led investment transactions was down by only 17 percent year-over-year, an improvement from the 74 percent drop-off in April and May, according to the CBRE deal flow indicator. Barkham says “this implies investors are looking.”

“There’s a lot of capital ready to be deployed in U.S. real estate,” he notes. “But I think we just need a little bit more progress with the fight against the virus to take place before that investment revival materializes. So, that places the bounceback I think in quarter one or quarter two of next year.”

In addition to the industrial sector, the apartment sector is another preferred defensive real estate sector for foreign investors in 2020, according to Gordon. He adds that office transactions could pick up in the second half of the year from a very low base in the first half, but doesn’t expect shopping centers or hotels to begin trading until COVID-19 is under control.

“The U.S. is still viewed well by foreign investors, they are just waiting to kind of feel within their acquisition strategy,” says Steve Pumper, executive managing director at real estate services firm Transwestern. “I think the opportunistic buyers are coming in and trying to place capital. Question is are the sellers in a tough enough spot where they need to sell, given the low cost of capital on the debt side? But I do think there are going to be people playing in the opportunistic space.”