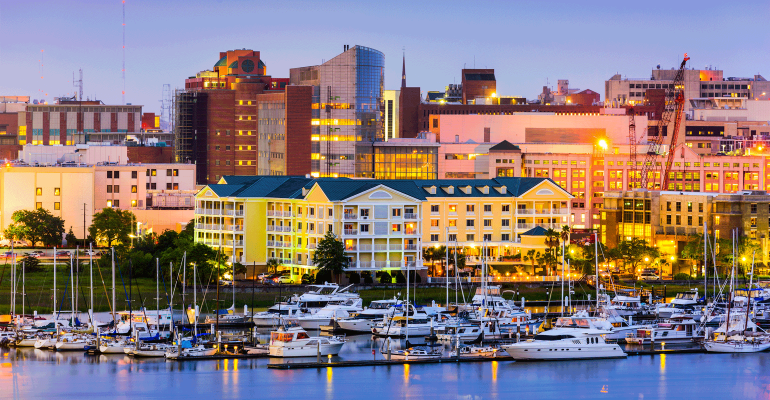 The Hottest Rising 18-Hour City? It’s in the Southeast

Investors should follow the path of the strongest job and population growth.

In the U.S., 24-hour cities—the cities that essentially are up all night—translate mainly to the coastal gateway cities: Boston, Los Angeles, New York, San Francisco, and Washington, D.C. Meanwhile, 18-hour cities are often the markets with above-average urban population growth, plus a lower cost of living and lower cost of doing business relative to 24-hour cities. The poster children for this emerging class of up-and-comers have been cities like Denver, Austin, Texas and Nashville, Tenn.

Why care about this distinction? Because there are implications for real estate investing now.

Back in 2017, CrowdStreet concluded the next 18-hour cities would be Milwaukee, Wis., Columbus, Ohio, Charleston, S.C., and Kansas City, Mo. These four cities were identified because they generally have had population and employment growth well above the national rate, major millennial migration, and high projected five-year Gross Metropolitan Product (GMP) growth—all key factors in how we assess potential growth in a metro area. Our Market View report go into greater detail about each city, but here are a few key takeaways.

Millennials on the move

Forget buying a home in a 24-hour city, even renting is prohibitive for many millennials. The average rent of a two-bedroom in New York is around $3,800, meaning a New Yorker needs to earn at least $162,000 in order to spend no more than 28 percent of their annual income on rent. Meanwhile, the median individual income in New York City is only $50,825.

Officially the largest demographic in the workforce, young workers are relocating to 18-hour cities in search of both well-paying jobs and more affordable housing. For instance, the Charleston metro area is growing at three times the U.S. population average, with 28 new residents a day. At the same time, New York City is losing 131 people each day.

Milwaukee remains on our list of up-and-coming 18-hour cities because of recent major investments in the city, among other factors.

One of the largest commercial real estate projects in 2018 was the $524 million Wisconsin Entertainment and Sports Center, home of the Milwaukee Bucks. Northwestern Mutual, one of Milwaukee’s most recognized companies, has invested $450 million in their headquarters downtown. Meanwhile, several companies have made the journey north from Chicago (where it’s more expensive to conduct business) to Milwaukee, including Gold Standard Banking, Vonco Products, and Colbert Packaging. We believe these investments, the addition of a streetcar system, and a number of other positive trends will spur economic growth in Milwaukee for years to come.

Columbus has also had a big development push in the past two years. Over 2.5 million sq. ft. of office space has been added, more than the previous 10 years combined! And approximately 7,800 multifamily units are currently under construction, with a majority of the projects concentrated in the downtown area.

The 24-hour cities always draw the biggest institutional real estate investors. But with so much competition chasing deals, these growing metros are more inefficient markets and these inefficiencies can become boons for investors.

CrowdStreet is keeping its eyes on these four metros, and other cities across the country, to see which markets are benefitting the most from job and population growth, diversified employment bases, and more.