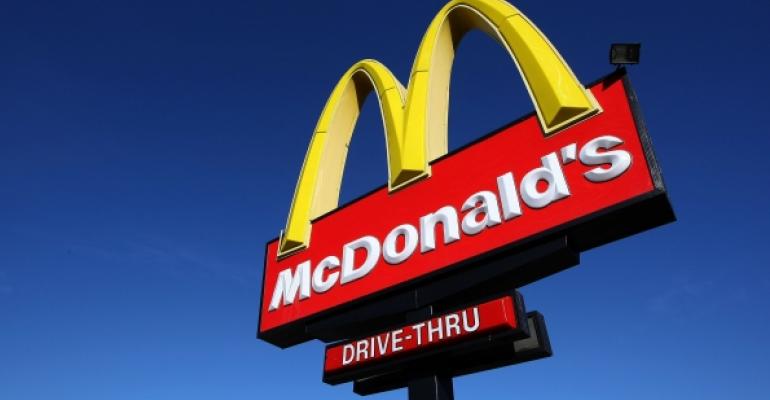 Under New Leadership, Will McDonald’s Grill Up a New Real Estate Strategy?

The fast-food chain has looked at becoming a REIT before, but it may be better off with its current structure.

Steve Easterbrook became president and CEO of McDonald’s Corp. in March 2015, just eight months before the fast-food chain rejected the idea of spinning off its vast real estate holdings into a REIT. But now that Easterbrook has been ousted as the head honcho of McDonald’s, will the country’s No. 1 fast-food chain as measured by revenue revisit the REIT route?

Don’t count on it, experts say. It’s about as likely that McDonald’s would launch a REIT spin-off as it would be to spot the new president and CEO, Chris Kempczinski, chowing down on a Burger King or Wendy’s hamburger.

“Considering the cap rates for single-tenant assets with the credit profile of McDonald’s, I think it is unlikely for a REIT made up solely of McDonald’s stores to be competitive with returns of other REITs on the market,” says Bethany Babcock, principal of San Antonio-based Foresite Real Estate Inc., which specializes in commercial real estate investment, management and leasing. Babcock’s firm has brokered sales and leases for a number of McDonald’s properties.

Whenever the chain has weighed a REIT, it has nixed the concept, says Randy Blankstein, president of The Boulder Group, a Wilmette, Ill.-based real estate investment brokerage firm specializing in net lease properties, including McDonald’s restaurants. Why? Because McDonald’s views real estate “as a core business and profit center,” Blankstein says.

In other words, food isn’t the only Big Mac of moneymaking at Chicago-based McDonald’s. Revenue from real estate occupied by franchisees is pretty meaty all on its own. Essentially, McDonald’s is a $34-billion real estate goliath—a goliath that the company hardly wants to monkey with.

“McDonald’s uses their size and credit quality as leverage in negotiating attractive terms in their real estate deals. They keep the benefit of those negotiations, and rent facilities at a premium to their franchisees,” Babcock says.

As a share of the overall financial picture, franchisee revenue accounted for slightly over $11 billion in revenue in 2018. By comparison, sales at company-owned restaurants barely nudged past $10 billion. Last year, McDonald’s turned a profit of nearly $6 billion.

Independent franchisees own and operate about 93 percent of McDonald’s restaurants around the world.

Worldwide, McDonald’s owned about $34 billions’ worth of buildings, building improvements and land as of December 2018. The land alone is valued at more than $5.5 billion. McDonald’s and its franchisees operate more than 14,000 restaurants in the U.S. out of a global total of nearly 38,000 locations. The company owns about 80 percent of its restaurant buildings.

McDonald’s rate of return on real estate ranges from 10.5 percent to 19.3 percent, according to the Service Employees International Union, which has criticized the fast-food chain’s rental policies. The union says the figure is double or triple the industry average of 5.9 percent.

The company generates over 50 percent more in gross profit from the rent it charges franchisees than it does from food sales, according to a 2017 report published by a coalition of American and European trade unions. The report calls McDonald’s “the largest real estate company in the world.”

Characteristically, a franchisee holds the right to operate a McDonald’s restaurant under a 20-year lease. Aside from rent, the franchisee usually covers property taxes, insurance premiums and maintenance expenses. An average McDonald’s measures 4,000 to 4,500 sq. ft.

“Primarily, it is a benefit to the franchisees to not have capital tied up in expensive real estate when they can generate a higher return on the sale of the product,” Babcock says. “This enables them to open additional locations or even diversify into different concepts or investments rather than having all their capital tied up in a single location.”

The Wall Street Survivor blog points out that McDonald’s makes money not only from collecting rent on franchised locations—normally at a hefty mark-up,—but also from buying and selling coveted properties.

For decades, real estate has been a bedrock of McDonald’s revenue strategy, with the company effectively serving as a quasi-REIT.

“We are not basically in the food business. We are in the real estate business,” Harry Sonneborn, the first president and CEO of McDonald’s, once told a group of Wall Street investors. “The only reason we sell 15-cent burgers is because they are the greatest producer of revenue from which our tenants can pay us our rent.”

No doubt, that underlying philosophy contributed to McDonald’s decision four years ago to forego a REIT. During a review of corporate finances, McDonald’s executives considered a REIT spin-off for the company’s properties, in part at the urging of activist investors. But a McREIT never materialized.

“We have concluded that any potential value creation from a REIT is out-weighed by the significant financial and operational risks to our business and the continued progress of our turnaround, and we do not believe that pursuing a REIT would be in the best interest of McDonald’s at this time,” Pete Bensen, then the company’s chief administrative officer, said in a statement in 2015.

By some estimates, a McDonald’s REIT would have unlocked about $20 billion in value at that time.

Since McDonald’s quashed talk of a REIT, the tax advantage provided by a REIT spin-off has practically evaporated. According to Atlanta accounting firm Smith & Howard PC, a spin-off enables a company to shift its real estate into a tax-friendly REIT. Federal legislation that took effect in December 2015 severely curbed that benefit, the firm says. As such, it would be far less appealing now for McDonald’s to undertake a REIT spin-off than it would have been four years ago.

“McDonald’s strategy to act as a landlord to their franchisees has a long history and has been extremely successful. I do not think that strategy will change in the near future,” says Babcock.