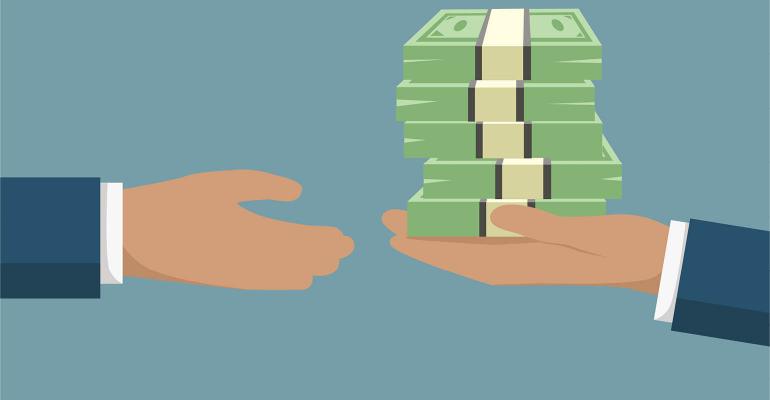 Life Companies Aim to Maintain Their Lending Levels in 2020

Life company lenders are particularly attracted to the multifamily sector because of its demand drivers.

Life insurance companies are holding their own in the competitive commercial real estate lending market and exhibiting a growing appetite for multifamily loan originations.

According to the Mortgage Bankers Association (MBA), life companies originated $83 billion in commercial and multifamily loans in 2018. The Mortgage Bankers Originations Index shows that life originations rose by 6 percent in 2018 compared to an overall decline in origination volume of 1 percent. Originations inched higher by another 3 percent during the first three quarters of 2019. Although that shows steady growth, it does trail behind the broader market increase of 9 percent, according to the MBA.

The majority of life companies are planning to do at least the same level of lending in 2020 as they did in 2019, and they will take more if they can get it, notes Pat Minea, executive vice president and regional managing director in the Minneapolis office of NorthMarq, a capital markets firm that assists clients with debt, equity, investment sales and loan servicing. Commercial real estate loans continue to look very attractive on a risk-adjusted return basis compared to alternatives such as corporate bonds. Interest rate volatility earlier this summer also gave life companies an edge over some competitors.

Prudential, for example, has been fairly consistent in its allocations to commercial real estate debt, originating between $9.0 billion and $9.5 billion in mortgages per year in 2018 and 2019, with a similar target for 2020. “Allocations have been fairly flat, but I would also say flat at a very high level,” says Bryan McDonnell, managing director, head of portfolio management and investor strategy, PGIM Real Estate Finance. “We’ve been on a pretty robust pace for the last several years.”

PGIM Real Estate Finance is on track to originate about $18.5 billion in commercial real estate loans this year. A little over half of that money comes from its affiliation with Prudential, whereas the rest of the capital comes from additional third-party sources, such as pension funds, banks and other life insurance companies.

“When you look at product types, multifamily continues to be the darling of the options,” says Minea. Apartments continue to exhibit good fundamentals. Lenders and investors across the board like multifamily because of the demand and needs-based nature of rental housing. Life companies also like industrial due to the demand drivers coming from e-commerce. In many cases, industrial is just as sought after as multifamily, but there are not as many of those deals out there in terms of lending volume, Minea adds.

“Given the multifamily sector’s strong fundamentals, favorable demographic tailwinds and healthy risk-adjusted returns, we continue to actively lend on this property type as part of our overall commercial real estate lending strategy,” says Gary Otten, head of real estate debt strategies at MetLife Investment Management. Multifamily comprises 14 percent of MetLife’s commercial mortgage portfolio. In terms of originations, commercial mortgages collateralized by apartment properties have made up 17 percent of total originations through October of 2019, and the firm is continuing to target the property type for further growth within its portfolio into 2020.

Multifamily loans have also been more accessible, in part due to agencies that were less competitive in the last year that allowed MetLife to slowly increase its exposure to this property type, adds Otten.

PGIM has been bullish on multifamily and industrial for several years. “We continue to like those asset classes. The limiting factor for us is how much we can originate in terms of the competitive environment,” says McDonnell. At the same time, PGIM is working to increase yield in multifamily by originating more transitional loans and more higher leverage loans. For example, PGIM recently closed on a financing deal for a large portfolio that was done at 75 percent loan-to-value. The firm is comfortable in taking on that additional risk in multifamily, in part because of the historically low volatility in asset prices, as well as the liquidity that the GSEs provide in the sector, notes McDonnell.

Class-B apartment communities are also a bigger target for some lenders. The sector offers attractive relative value from a lending perspective, allowing for moderately wider spreads, while also providing more occupancy stability than a class-A community, notes Otten. “In targeting this particular type of multifamily investment, lenders are ultimately serving the renter-by-necessity cohort, which provides increased stability in the event of a downturn,” he says.

Another trend among some life company lenders is a focus on leveraging their commercial real estate lending expertise to attract third-party capital. Some of the growth in loan originations is due to the fact that life companies have more capital to place from other sources, which does include other life companies that don’t have their own in-house lending group, notes Minea. “We’re seeing the players that are in the market actively trying to raise third-party money so they can stay active and have liquidity and stay strong throughout all market cycles,” he says.

For example, PGIM Real Estate Finance first started out investing on behalf of the general account of its Prudential affiliate. Over time, PGIM has developed a global real estate investment team, infrastructure and expertise that it has been able to leverage to attract other third-party capital. At the end of 2019, PGIM’s total assets under management (AUM) was at about $108 billion, about 65 percent of which is for Prudential and the balance for other entities.

That trend is not universal. Firms such as Principal and MetLife have been growing AUM from third-party sources, while others have not. “Each firm has their own dynamic in what they are looking to do, but I do think more and more players are looking at doing it,” says McDonnell. One of the biggest challenges ahead for all lenders is finding good lending opportunities. “Generally, we’re bullish on the industry. We think there is discipline in the lending market, and we think there are still a lot of good opportunities,” says McDonnell. “It’s just kind of hand-to-hand combat to find the right ones, because there are a lot of other people who want the same deals.”