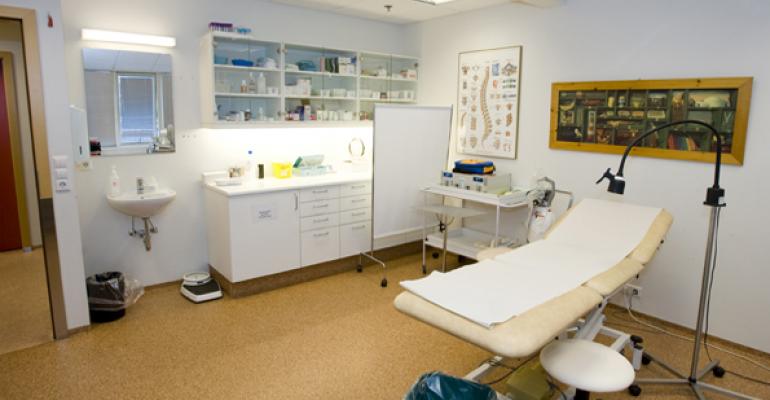 In spite of limited number of properties coming on the market, MOB fundamentals still attract investors.

There continues to be very strong investor appetite for medical office buildings (MOBs), according to several industry sources.

Roughly $4.7 billion’s worth of medical office buildings traded in the first half of 2019, according to Mike Hargrave, principal at Revista, a medical research real estate firm. While investment volume in the sector  is off its recent highs of 2017 and 2018, that’s been due to fewer portfolios coming on the market recently, says Hargrave. Investment sales volume in the MOB sector reached $6.5 billion in the first half of 2018 and $12.4 billion for the whole year, according to Revista data.

Investment sales activity for the second quarter of 2019 totaled $3.0 billion, Revista reports. A large portion of this total came from Welltower’s $1.25 billion purchase of 55 medical office buildings from CNL Healthcare in June.

“It remains to be seen if 2019 will rival the past two years [in] total transaction volume. If it falls short, it will be due to not as many large portfolio transactions, which could have been impacted by higher interest rates during the earlier part of the year,” says Matt Withey, managing director of acquisitions at Virtus Real Estate Capital, a private equity real estate firm. “But appetite remains very strong, especially for high quality medical office buildings. Investors remain drawn to the durability of the cash flow stream, especially those who think we are in the later stage of the current economic cycle.”

According to Revista, cap rates on MOB properties have averaged at 6.4 percent over the past 12 months. But they can range from the low 4.0 percent to high 7.0 percent, with the “low end representing larger core medical office buildings in well-located markets” and the “higher end representing value-add plays,” says Hargrave. Withey says many medical office buildings trade at cap rates of between 5.5 percent to 7.0 percent.

“There’s still a lot of transaction activity. If there was a huge gap with buyers holding firm and not selling anything and bidders wanting a discount, you would see a sharp drop in deal activity and cap rates flat” says Jim Costello, senior vice president with RCA. “But we’ve got elevated cap rates and single asset sales, so the bedrock of the market is still doing great and growing.”

Medical office building completions in the U.S. average roughly 20 million sq. ft. annually. New construction in the space has gone through ups and downs since 2017, largely due to factors such as HVCRE regulations, high construction costs and labor shortages. For this reason, MOBs are “not facing an oversupply problem like a lot of other sectors.” according to Withey.

“The services delivered within medical office buildings [are] growing faster than the space [they are] delivered in. Additionally, increases in technology [are] allowing more and more procedures that were traditionally delivered within an in-patient setting to be delivered in an outpatient setting,” says Hargrave. “So, demand for new state-of-the-art space is consistently increasing within the medical office building sector.”

Most healthcare REITs, including Welltower, Ventas, HCP, as well as REITs focused specifically on medical office buildings, such as Physicians Realty Trust, Healthcare Trust of America, and HR, continue to have an appetite for buying medical office buildings, says Hargrave.  Additionally, several large institutional investors, including Harrison Street Realty Capital, MB Real Estate and LaSalle, have a focus on the sector.

Despite some unpredictability in large portfolio activity in the MOB sector, Withey says “private and institutional investment has been consistent and growing.”