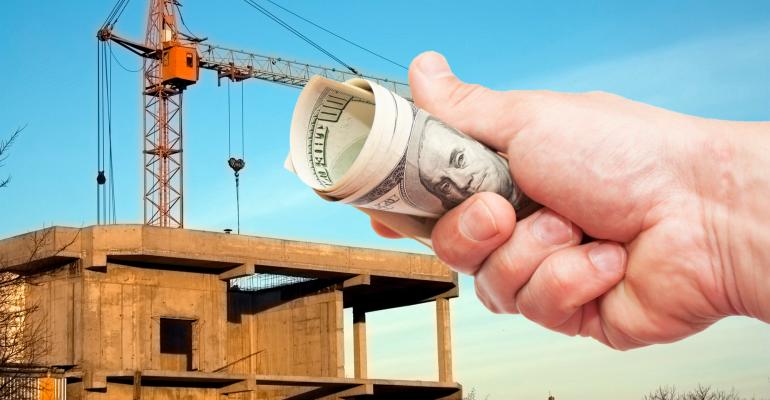 Multifamily Borrowers Still Have Lots of Options for Constructions Financing

Banks continue to have an appetite for loans on multifamily construction projects.

Investors can still find the financing they need to develop apartment properties.

“If you can get a site to build, there are people who would love to lend on it,” says Bill Leffler, vice president in the multi-housing group of real estate services firm CBRE.

Interest rates remain low and many lenders are willing to make multifamily construction loans. However, these lenders have become more cautious as the cost of construction has grown faster than apartment rents in many parts of the country. Lenders are looking very carefully at the sponsors who ask for construction loans and the markets where they plan to build.

Demand for apartments remains strong and rents are still rising on average—but significantly more slowly than two year ago, according to market watchers including Reis Inc. and RealPage Inc. Also, some economic indicators, such as the inverted yield curve recorded in March, are flashing signs of a possible recession in the U.S. economy within the next two years.

Most of the lenders who have made construction loans are still willing to make deals. "We don’t see construction lenders fearing an economic recession,” says Leffler. “I don’t know that anyone sees a Great Recession on the horizon.”

However, these lenders are also taking more time to underwrite the loans they consider making. “Construction lenders must account for the lengthy development and lease-up period,” says Shillington. “They are looking for a strong contractor, a guaranteed maximum price contract and a budget that has a healthy contingency and interest reserve.”

Lenders also want to make sure that the developers they lend money to have experience. “The biggest hot button is the track record of the sponsor,” says Leffler.

Developers can still get relatively low interest rates on construction loans, even though Federal Reserve officials hiked their benchmark interest rates several times between 2016 and 2018.

Banks have made up some of the difference by cutting the amount that they add to LIBOR. “Pricing has tightened significantly over the last year,” says Shillington.

Banks typically offer loans large enough to cover 65 percent of the cost of construction for an apartment property. ‘The 65 percent loan-to-cost ratio has been pretty steady,” says Leffler. “Lenders are not getting sloppy with their underwriting.”

The number of banks the offer construction loans has increased in recent years, and it is still high. That’s partly because several large construction lenders that had dominated the business cut back on their lending business a few years ago, as regulations like the international Basel III rules came into effect. “That gave a chance to smaller players to get their feet wet. New players come in from out of town to get a foothold,” says Leffler. “The lenders I am working with weren’t even in Atlanta three years ago.”

“Debt funds have become a very aggressive competitor in the construction lending space,” says Shillington. Leverage can often increase to as much as 80-85 percent of total development costs. “However, pricing tends to [be] higher and can include up-front fees, minimum usage fees, exit fees and higher interest rates that are in the range of Libor plus 350 basis points.”