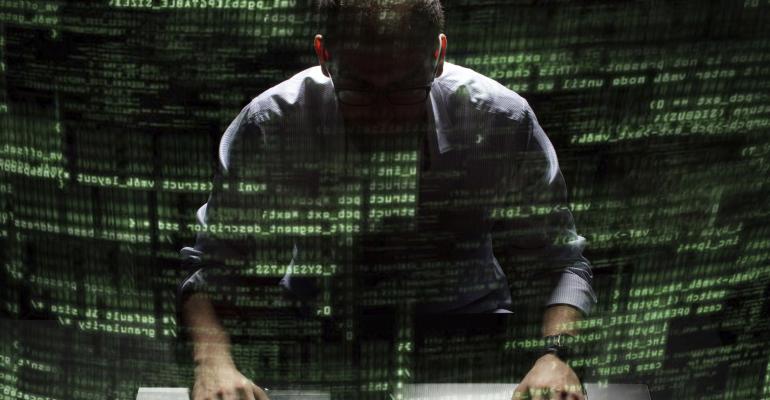 The city is now second only to the San Francisco Bay Area for high-tech employment.

New York is seeing major tech companies expanding their presence in the city. The New York Times and Wall Street Journal have both reported that Google, Facebook, Apple, Uber and Amazon have plans to expand in the New York metro region.

Google is investing $1 billion in a second Manhattan office campus in Hudson Square, according to Ruth Porat, CFO and head of corporate real estate with Google parent company Alphabet. The tech giant plans to double its local workforce over the next decade.

Google has already signed lease deals in several historical industrial buildings for more than 1.7 million sq. ft. of space, which will make up its Hudson Square campus. Most recently, the company completed a deal for the final portion of its campus, a 1.3-million-sq.-ft. lease at 550 Washington Street, which is undergoing extensive renovations. The other buildings that will form the campus are located at 315 and 345 Hudson Street.

Although Amazon abandoned its plans for HQ2 in Queens, the company occupies 365,000 sq. ft. at Brookfield’s 5 Manhattan West, adjacent to Hudson Yards, and is rumored to be expanding its footprint in Manhattan, Mangru notes.

The region’s large pool of tech talent is the primary driver in the scale up by tech companies. New York has had a “starter loaf” of tech DNA since the tech boom in the late 90s, but tech talent has gained in momentum on a steep curve since the 2008 recession, noted Nicole LaRusso, tri-state director of research and analysis with real estate services firm CBRE.

The city’s tech talent pool, which grew by 20.5 percent to 264,374 workers over the last year, is now second only to the San Francisco Bay Area, according to CBRE’s 2019 Scoring Tech Talent report. For comparison, the Bay Area high-tech talent pool includes 363,760 workers.

“The (New York) talent pool is a function of having so many universities here,” says Mangru.  “And people want to work and live here.”

Tech jobs, however are not confined to technology companies, LaRusso says. “It’s hard to find an industry not impacted by technology—even CBRE has a growing tech department. Technology is a foundational part of every industry today, especially media and advertising, healthcare, finance and retail sectors.”

LaRusso notes that five Manhattan West-located entertainment companies are expanding to grow their digital content. “They are choosing to grow in the New York market because of the talent here,” she says.

The growing tech sector is generating new office construction and significant investment in capital improvements in “shadow space”—space vacated by companies committing to space elsewhere. As a result, older office stock is being brought up to modern standards, with new lobbies, upgraded elevator banks, new facades and amenities, says Mangru, noting, “Class-B buildings are trying to get to class-A.”

The strong demand for office space in the city has continued to spark new construction, and many projects are experiencing steady pre-leasing activity. According to Transwestern, 12.8 million sq. ft. of new office product is currently underway, the majority in the Hudson Yards/Manhattan West area. Eleven large blocks with 3.2 million sq. ft. of new office space are slated for delivery this year.

It should be noted, however, that the Midtown office market finished the second quarter with 4.09 million sq. ft. in leasing activity, down 6 percent from the five-year quarterly average, according to CBRE.

As a result, office rents across Manhattan eclipsed $80 per sq. ft. for the first time in the second quarter. According to CBRE, in Midtown, rents increased by 2.0 percent over the first quarter, to $88.09 per sq. ft. The addition of 159,000 sq. ft. at 799 Broadway, a ground-up boutique building in Greenwich Village that is asking between $120 and $150 per sq. ft., contributed to the increase, according to Transwestern.

Boosted by premium-priced new space at Hudson Yards, where asking rents range between $210 and $225 per sq. ft., and Manhattan West, the Penn Station submarket experienced a 3.0 percent jump in office rents to $101.21 per sq. ft., CBRE reported.

With available space in Midtown South—the city’s most popular tech market—at an all-time low, tech tenants are beginning to look elsewhere, particularly Downtown Manhattan for viable options, according to Mangru. “We are tracking other large tech companies that are rumored to be looking for space in Downtown Manhattan.” He notes that in early 2017, Spotify moved its headquarters from Midtown South to 378,000 sq. ft. at 4 World Trade Center, then added 100,000 sq. ft. later that year and another 85,000 sq. ft. in 2018.