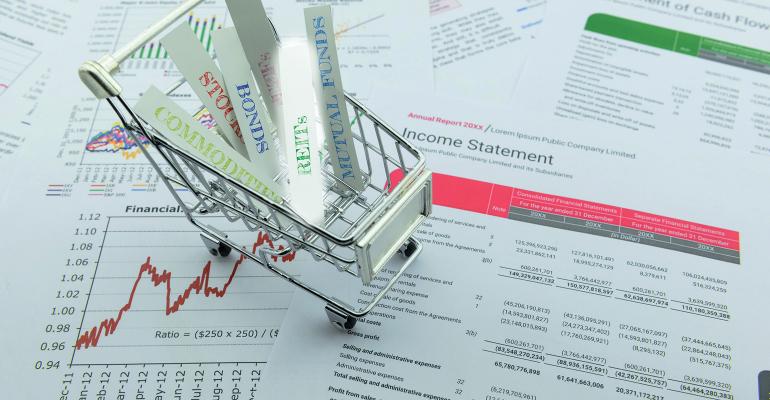 The continued strength of commercial real estate as a sector, combined with the disciplined strategies of REIT management teams in recent years, has left publicly-traded REITs in a good position despite the overall maturity of the current cycle. There are few red flags about leverage, the quality of properties in REIT portfolios and investment activity, leading respondents to expect share price and total return growth for REITs for the balance of 2019.

Those are the findings of NREI’s fourth annual research survey exploring the state of publicly-traded REITs.

There is a notable swing in terms of what property type respondents favor when it comes to publicly-traded REITs in this year’s survey. Multifamily REITs (47 percent) sit atop respondents’ “buy” lists this year, leapfrogging industrial REITs (46 percent), which was the most favored category in 2018 and 2017. The number for multifamily REITs jumped considerably from 2018’s figure of 36 percent, while industrial’s number fell slightly from 49 percent a year ago. (Respondents were allowed to select more than one type of REIT.)

Medical office REITs (37 percent) ranked third for the third consecutive year. After that, there was a gap before the next REIT types of student housing (22 percent) and net lease (21 percent).

Conversely, retail REITs for the fourth consecutive year were the most frequently named answer on respondents’ “sell” lists. In all, 54 percent of respondents named retail REITs on their lists—just slightly down from 56 percent in both 2018 and 2017. That was also a whopping 26 percentage points above the next most frequently-named sector, office REITs, at 28 percent. (That number was down from 31 percent in 2018). Hospitality REITs (26 percent) came in third on the “sell” list this year.

In answering open-ended questions about challenges and opportunities, however, many respondents pointed to the retail sector in some form. Some pointed out that there might be opportunity in capitalizing on distressed retail assets. Others said that conversion to other uses could generate attractive returns for REITs.

REITs should focus on “repositioning empty retail properties and looking for adaptive reuse of the existing buildings,” one respondent wrote.

Views on REIT balance sheets have remained remarkably stable year after year in our survey. For the third consecutive time, exactly 58 percent of respondents said that REIT balance sheets are “balanced.” There was some movement in overall sentiment. This year, 31 percent said REIT balance sheets are “highly levered.” That is a six-percentage-point jump from 2018 and the highest figure in the four years of the survey. Conversely, only 12 percent of respondents said that REITs have “room to take on more debt,” the lowest figure in the survey’s history.

How to deploy capital

In an open-ended question asking what respondents thought were the biggest opportunities for REITs, many wrote in pointing to acquisitions at least in part driven by attractive capital market conditions.

“The biggest opportunity for REITs is the massive amounts of debt available to them at record low rates,” one respondent wrote.

However, others worried that REITs may have overextended and paid too much for assets that will have trouble delivering the necessary returns.

“Asset values are high and operations have peaked,” one respondent wrote. “There is a lot of junk on the books and those poorly performing assets act as a net drag on their portfolios.”

Other commonly-identified challenges in the open-ended responses were concerns about rising interest rates, general political and economic uncertainty, questions about whether REITs could continue to find quality deals for deploying capital and concerns about overdevelopment in some property sectors and markets.

“The cycle has been so good to the market this time around, it will be tough to convince investors that there is ‘still gas in the tank,’” one respondent added.

A recent highlight on that front is the pending $5.9 billion all-stock merger of office REITs Cousins Properties Inc. and TIER REIT Inc. On March 25, Atlanta-based Cousins and Dallas-based TIER revealed their proposed combo, which would create an office REIT with a market cap of about $7.8 billion. The newly enlarged Cousins will control a portfolio of more than 21 million sq. ft. of class-A office space.

“While it’s too early to say that floodgates of M&A are suddenly open, this transaction is certainly a signal that the appetite for public-to-public M&A has improved amid the broader REIT rejuvenation of 2019,” Alex Pettee, president and head of ETFs at Rowayton, Conn.-based investment adviser Hoya Capital Real Estate LLC, told NREI in April.

In 2018, there were $76.3 billion in mergers, according to industry group Nareit, one of the busiest  years in the sector’s history.

“While 2018 volume was significant due to many REITs being traded at a significant discount to their net asset value, we anticipate 2019 being similar. There are many investors and a great deal of capital waiting for the right time with values, cap rates and so forth,” Greg Ross, national managing partner of the construction, real estate, hospitality and restaurant practice at accounting and consulting firm Grant Thornton LLP, told NREI in February. “The real estate fundamentals are very strong, with low unemployment, low interest rates and high consumer confidence.”

In terms of deploying capital, respondents continue to say that REITs should be paying off debt (51 percent). That’s the same level as last year.

In open-ended answers, respondents echoed some of those same points.

REITs should “continue to redevelop their properties and selectively sell existing assets as the redevelopment projects come on line,” one respondent wrote.

Respondents’ outlook on publicly-traded REIT stock prices is more bullish in this year’s survey than in the three previous years. Overall, 55.1 percent of respondents in this year’s survey said they expect that REIT stock prices will rise for the balance of the year. It’s the first time more than half of respondents have said they expect REIT share prices to rise. In past years, the number came in between 43 percent and 46 percent.

As it turned out, REITs ended up posting a total loss of 4.12 percent in 2018, according to Nareit. But REIT performance has been strong to date in 2019. Through the end of April, the FTSE Nareit All Equity REITs index, which includes 169 constituents, was up 16.9 percent year-to-date. Industrial REITs at 26.48 percent have led the way so far, but every REIT sub-sector has posted positive returns.

In that context, there’s some speculation that there could be an uptick in REIT IPOs in 2019, after just five new REITs went public in 2018.

An upturn in IPOs in 2019 could result from public REITs generally trading at the same value as their private counterparts, Cedrik Lachance, director of REIT research at Green Street Advisors Inc., a research and advisory firm in Newport Beach, Calif., told NREI in March.

“I’d say the REIT market is healthy, and the recent increase in share prices might actually bring a little bit more IPO activity and might make the public real estate market an interesting alternative for a lot of currently-private owners of real estate,” he said.

With reporting from John Egan.

Survey methodology:  The NREI research report on the REITs was completed via online surveys distributed to readers in May. The survey yielded 555 responses. Just under half of respondents reported their titles as Owner/Partner/President/Chairman/CEO/CFO. The results from the current research were compared against prior studies completed in 2016, 2017 and 2018. The 2016 survey yielded 350 responses, in 2017 it yielded 380 responses and in 2018 it was 350 responses.