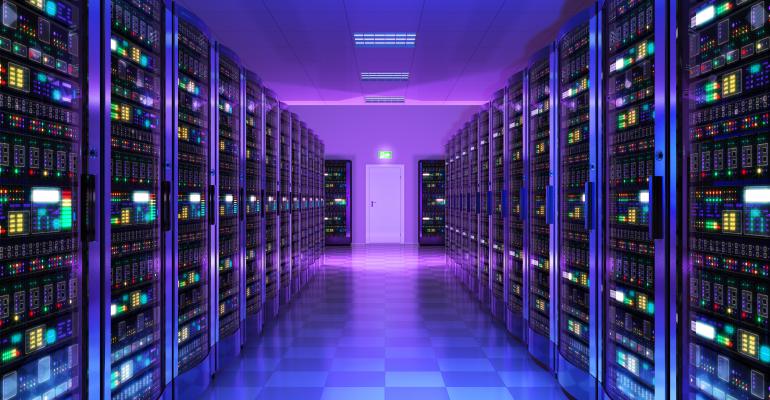 The potential go-private acquisition of CyrusOne Inc. would whittle down the number of publicly-traded, pure-play data center REITs to four—and could be a harbinger of even more M&A activity in the sector.

Dallas-based CyrusOne is entertaining buyout offers from private equity interests, Bloomberg reported on Aug. 16. However, a deal hasn’t been hammered out, and CyrusOne could decide to remain a publicly-traded REIT. Representatives for CyrusOne couldn’t be reached for comment.

Sami Badri, senior equity analyst at investment bank Credit Suisse, wrote in a research note that he thinks a CyrusOne buyout is likely.

“The data center industry has an impressive track record in terms of operating performance and total returns, and there is a long runway ahead, so it’s not surprising to see interest from private equity on the M&A front,” says Lukas Hartwich, senior data center analyst at Green Street Advisors Inc., a research and advisory firm based in Newport Beach, Calif.

It’s not hard to see why CyrusOne is an attractive takeover target.

As Gary Wojtaszek, president and CEO of CyrusOne, noted during the company’s Aug. 1 earnings call, CyrusOne has been the top-performing data center REIT over the past five years, boasting gains of 26 percent in revenue and 27 percent in adjusted EBITDA. As a whole, the year-to-date return for the five publicly-traded REITs was 26.9 percent, according to the Nareit trade group.

Wojtaszek told Wall Street analysts that CyrusOne doesn’t need additional equity capital, underscoring the notion that the REIT isn’t crying out for a financial lifeline in the form of a buyout.

“We can fund all of our capital needs over the next two years and not miss a beat,” Wojtaszek said. “And we think that if the market does turn around, given all the shell capacity that we’re bringing on-line—roughly 900,000 sq. ft.—we position ourselves to take a big share of that market.”

Around the world, CyrusOne operates a network of close to 50 data centers serving about 1,000 corporate customers.

Although Wojtaszek said CyrusOne has been loath to dive into the data center M&A pool, given the enormous multiples that private equity players are willing to pay for assets, he dismissed the idea that the REIT might sell to a private buyer.

“I think big companies like doing business with other big companies,” Wojtaszek said Aug. 1, before news broke about the potential buyout. “So, I think there’s a clear benefit to being a public company, right? And particularly once you hit investment grade, your access to capital has … opened up dramatically.”

Beyond the potential CyrusOne deal, there might be even more M&A action among data center REITs, according to Chris Wimmer, who leads REIT coverage at Chicago-based Morningstar Credit Ratings LLC.

The rapid rise of digital technology—the Internet of Things, artificial intelligence, self-driving cars and 5G wireless service, for example—is producing a flood of data that needs to be stored somewhere, Wimmer says. “This, in turn, points to robust demand growth for data center space, which increases the likelihood that data center REITs will remain in the M&A crosshairs for the foreseeable future,” he notes.

Since the outset of 2015, Synergy has identified more than 300 data center M&A deals valued at over $65 billion. Acquisitions by public companies accounted for 57 percent of the deal value, while private equity buyers represented 53 percent.

In a news release, John Dinsdale, chief analyst at Synergy, attributes at least some of the recent data center M&A activity to large enterprises eschewing ownership and operation of data centers to support their own businesses. This means more data centers are being put up for sale and that the healthy M&A flow in the data center market should continue for the next five years.

“While the ride can be bumpy at times, such as oversupply in Northern Virginia, the long-term trends for the data center industry continue to screen well,” says Green Street’s Hartwich, adding that the sector remains “in the early innings of the game.”

Total capacity of primary data center markets in the U.S. grew by 200 megawatts, or 8 percent, in the first half of 2019 compared with the same period in 2018, according to a new report from commercial real estate services company CBRE. More than 411 megawatts of additional capacity is under construction and scheduled for delivery in the near future, with 35 percent of that space pre-leased, the report says.

CBRE researchers found the volume of investment in North American data centers exceeded $1.3 billion in the first half of 2019. For instance, Columbia, Md.-based Corporate Office Properties Trust, a publicly-traded office and data center REIT, announced in June that it had formed a joint venture with non-traded REIT Blackstone Real Estate Income Trust Inc. to buy seven of its data center shells in a deal worth $265 million. Corporate Office Properties Trust received proceeds of $238.5 million from the transaction, which left it with a 10 percent stake and the Blackstone REIT with a 90 percent stake.

“Demand for modern data centers is just about as strong as we’ve ever seen,” notes a recent report from commercial real estate services company JLL.