Doyle Simons, CEO of timberlands owner the Weyerhaeuser Company, earned a total compensation package of about $11.4 million in 2017, nearly $1.1 million more than the $10.3 million Simons received the year before. Simons’ $1 million salary was unchanged from 2016 to 2017, but the bulk of Simons’ compensation increase stemmed from an increase in restricted stock awards—to $7.5 million in 2017 from $5.1 million in 2016. Simons did not make the top-10 list in 2016. The REIT reported in its annual proxy statement that its median employee earns roughly $75,900 annually, giving the firm a CEO to median employee pay ratio of 151 to 1.

Thomas Baltimore, the chief executive of Park Hotels & Resorts Inc., a lodging REIT that operates more than 32,000 rooms around the world, also did not make the top 10 highest-paid list in 2016; Baltimore was the only chief of a lodging REIT to make the list in 2017. Baltimore earned a base salary of $1 million in 2017—a jump from the approximately $634,000 he earned the year before. In 2016, Baltimore earned a nearly $800,000 bonus; he did not receive a bonus in 2017. Baltimore’s compensation last year totaled $11.9 million, up from $10.9 million in 2016. In its proxy statement, the REIT noted that Baltimore received a “substantial” one-time award of $4.3 million related to its spin-off from Hilton Worldwide Holdings Inc. The ratio of the REIT’s CEO to median employee pay was 567 to 1; the median employee’s pay is $21,082 a year.

The CEO of mall REIT the Macerich Company, Arthur Coppola fell to No. 8 among the top 10 highest-paid CEOs, after taking the fourth spot in 2016. Coppola, who will be retiring at the end of 2018, was the only head of a retail REIT to make the list for 2017. Last year, Coppola’s compensation totaled $12.8 million, a nearly $1.3 million drop from the $13.5 million Coppola earned in 2016. Nevertheless, Coppola’s total compensation was still 170 greater than the pay of Macerich’s median employee, whose total compensation in roughly $75,000, Macerich reported. The REIT also reported in its proxy statement that its total shareholder return lagged its peers in 2017.

In 2016, James Taiclet, CEO of cell tower REIT American Tower Corp., earned a total of $11.8 million, which gave him the title of eighth-highest paid public REIT CEO for that year. Now at seventh on the list, Taiclet earned a total of $13.1 million in 2017. The bulk of the raise came from restricted stock awards: Taiclet earned $10 million in restricted stock awards in 2017, compared to $9 million the year before that. According to the firm’s proxy statement, the CEO to median employee pay ratio was 260 to 1 last year; the median employee earned about $50,300.

CEO of RV and manufactured home REIT Sun Communities, Inc., Gary Shiffman is sixth on the list of the highest-earning REIT CEOs last year, though Shiffman did not make the cut in 2016. Last year, Shiffman’s total compensation package was $13.6 million. In 2016, Shiffman’s total earnings were about half that, nearly $6.7 million. The REIT’s proxy statement noted that Shiffman’s long-term incentive award was tied to his execution of the roughly $1.7 billion acquisition of the Carefree Communities Inc. portfolio in 2016, one of 103 manufactured housing and RV communities in California and Florida. The median Sun Communities employee earned close to $26,000 annually, according to the REIT’s proxy statement, representing a 528 to 1 CEO to employee pay ratio.

Brian Harris, the CEO of Ladder Capital Corp., which provides commercial mortgages and financing to partners, earned a total of $14.6 million in 2017, making him the fifth-highest-earning executive in the sector that year. The year before, he made $10.4 billion, with the bulk of his 2017 pay raise stemming from a boost in his restricted stock awards and non-equity incentive plan. Ladder Capital’s median total employee pay is roughly $351,000 annually, giving the REIT a CEO to employee pay ratio of 41 to 1.

CEO of AGNC Investment Corp., Gary Kain is also CIO of the agency MBS REIT, which previously had been called American Capital Agency Corp.; Kain was given the additional CEO title in 2016. Kain had the highest base salary of the top-earning REIT CEOs at $3.4 million. Kain also received the highest of two bonuses on the list, at $7.4 million. His total compensation package in 2017 was $16.2 million, the fourth-highest of that year. The REIT’s CEO pay is about 76 times that of the median employee, who earns about $213,000 annually, according to the firm’s proxy statement.

Marc Holliday, CEO of SL Green Realty Corp., which holds interests in 118 office buildings in Manhattan, fell to third on the highest earners of 2017 list after taking the top spot in 2016. Holliday’s compensation in 2017 totaled $17.4 million, a slight bump from the $17.3 million he received in 2016, but still a far cry from the nearly $23 million he earned in 2015. Holliday’s compensation is about 303 times the total compensation of the REIT’s median employee, who earns about $57,500 annually, the firm reported in its proxy statement.

Industrial REIT Prologis Inc.’s CEO Hamid Moghadam maintained his No. 2 spot on the list, earning a total compensation package worth about $19.3 million in 2017, roughly $4 million more than the $15.5 million he received in 2016. Moghadam was the other bonus-earner in 2017 among the top 10 highest-earning CEOs, taking in an extra $2 million, roughly the same amount as the year before. Moghadam’s salary was unchanged from 2016 to 2017, with the bulk of his raise due to increases in restricted stock awards. According to the firm’s proxy statement, Prologis’ compensation committee determined that its corporate score was 137.5 percent of its target in 2017; the firm saw record occupancy of 97.2 percent and 21.4 percent rent growth. Prologis’ CEO to employee pay ratio is 204 to 1, as the REIT’s median employee earns $94,915 a year.

A newcomer to the top-10 list is Debra Cafaro, CEO of healthcare REIT Ventas Inc. For 2017, Cafaro took the top spot, with a $25.2 million compensation package. However, the reason behind the big paycheck—in 2016, Cafaro’s compensation totaled $9.7 million—is misleading, as FTI’s spring report noted. Cafaro’s base salary of a little more than $1 million was unchanged between the years. But for 2017, the REIT switched from a “backward-looking” to a “forward-looking” long-term incentive plan. This meant that Cafaro received her $8 million “forward-looking” grant for 2017 for the same year as her “backward-looking” $8.8 million award for 2016. She also received a one-time transitional stock award of roughly $4 million in 2017. On a normalized, recurring basis, the target CEO compensation is $11.3 million. The firm’s CEO to employee pay ratio is 285 to 1. The median employee earns $88,630, according to Ventas’ proxy statement. 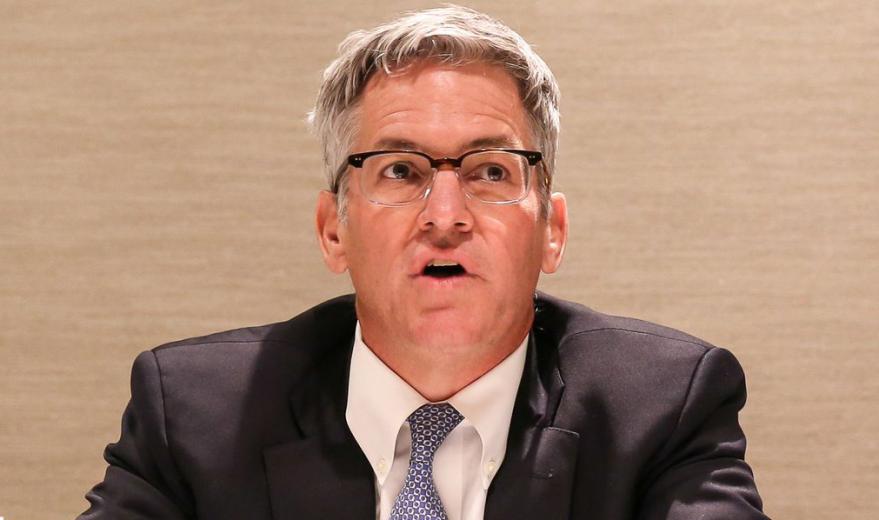