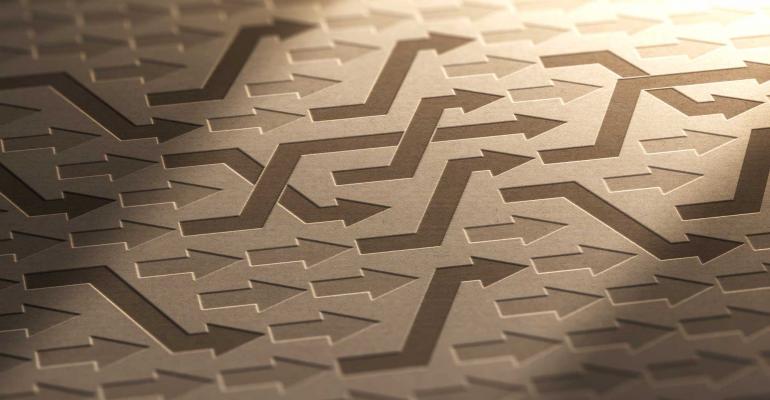 Retailers Restructured and Disposed Assets During the Last Downturn. Here’s How This Time Is Different.

Excess Space’s Michael Wiener says ‘We must talk about science these days instead of just talking about real estate, because it's all tied together now.'

The pandemic is forcing grappling retailers across the U.S. to make tough decisions. Some are trimming store fleets or shutting down operations altogether. According to a recent report from retail data firm Coresight Research, 20,000 to 25,000 U.S. stores could permanently close this year.

Meanwhile, some flailing retailers are telling their landlords that they’re unable to pay rent for months following pandemic-related closures and thousands of new cases of COVID-19, which have left many struggling with dramatically reduced foot traffic.

COVID-19 has led to significant negotiations between landlords and their retail tenants. Many chains are turning for help on how to navigate their distressed real estate obligations.

NREI spoke with Michael Wiener, president of Excess Space, about the state of store closures and lease restructuring from a retailer’s perspective.

The Q&A has been edited for length, style and clarity.

NREI: With many retailers already struggling, and the pandemic on top of it, how much of a boost in business have you seen in the current climate? 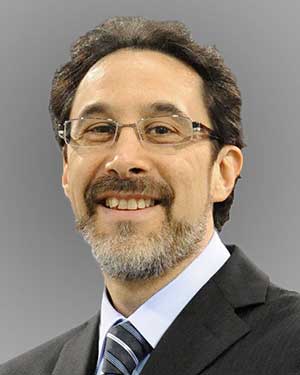 Michael Wiener: With the pandemic and resulting economic climate, there’s an increase in lease restructuring/lease renewal-related activity as well as disposition-related activity, including sublet assignments, lease termination and the sale of fee simple properties. We have seen a boost in business and that trend appears to be continuing. We currently partner with over 40 national and regional retailers, representing thousands of locations.

I will add that because of the pandemic, retailers and landlords are cautious because they don’t know what’s coming next. We’re still in the pandemic. Is there going to be another wave? We must talk about science these days instead of just talking about real estate, because it’s all tied together now.

The landlords themselves don’t know if another round of rent abatement/deferment requests from their tenants are coming, and they’re also bracing for possible post-holiday season bankruptcies. There’s data out recently that showed 94 percent of rent was collected nationally by landlords in August 2019 and only about 79 percent of rent was collected this August. There’s a lot of pain out there on both sides with the exception that there are some retailers in specific categories doing quite well.

NREI: Why don’t retailers undertake store closures and lease restructuring on their own?

Michael Weiner: Retailers typically run their staffing lean and they’re expansion-oriented for the most part. In times like these, if you don’t have an expertise in something and you’re just trying to gain it overnight, it’s a dangerous experiment. I think a lot of retailers have had experience with companies like Excess Space and other players in the industry, and they want to take a strategic approach instead of trying to feel their way through it.

What was happening particularly at the beginning of COVID-19 was a lot of retailers tried to tackle dealing with short-term deferments and abatements themselves. We did a lot of that work on their behalf as well. But as expansion ground to a halt, many retailers took on this particular work internally, as the programs were immediate and had rather finite parameters that allowed the work to be done rather quickly. Many of the retailers focused only on the abatements and deferments, without extending or renewing their leases. Now they’re saying, ‘Okay, it’s time to get back into our formal renewal programs.’ The abatements and deferments helped to mitigate short-term losses, but did little to shore up their portfolio and long-term goals.

NREI: What are some lease restructuring and disposition strategies that you’re utilizing on their behalf right now, and how are these solutions different from previous downturns?

Michael Wiener: The difference is now there’s much more of a focus on getting current term savings in the form of free rent or partial free rent over a period of time rather than renewing the lease at the same or lesser rent or doing a blend and extend. That’s the big difference. Relief is more emergent than it has ever been.

In 2008 and post-9/11, the strategies were still very similar, but I think that those were acute situations. Everybody recognized them for what they were. I would call this more of a chronic situation, because it’s going to unfold maybe over a couple of years. With the pandemic, there was a spike and then it seemed to die down and then there were more spikes and now there are hot spots. There’s mixed messaging and people aren’t sure what to expect next.

If the country had pushed the virus down and kept a low level throughout, many more people would feel safe going back out into the marketplace and spending money. I think you would have a much different approach by everybody if they felt like this could be maintained. But right now, nobody knows what’s going to happen tomorrow, next week or next month.

NREI: How are landlords reacting when negotiating with retail tenants that want to vacate space or cut deals in this environment?

Michael Wiener: They’re weighing things like their ability to collect a lot less rent. When you go to a landlord, especially when you’re representing an investment-grade retailer, and say, ‘Look, we’re looking at increasing the term commitment and extending the lease for another five, six or even up to 10 years, but we need some assistance now and we may need some assistance in the future,’ I think the reaction has still been fairly understanding.

When you’ve been doing this for a long time, there’s a lot of methodology and process that we can’t take a deep dive on. Suffice it to say, our team meets often to share information and pivot as needed in order to secure improved results for our clients. We’re constantly evolving more than ever right now. You have to, as the environment is changing more rapidly than ever.

This is a very extreme situation with landlords only collecting 79 percent of rent last month and not knowing what’s next, and clearly, the mom-and-pop owners are struggling and many of them could close and go bankrupt. With a possible increase of regional and national retailer bankruptcies pending in the coming year, I think we’re going to feel more economic pain and fallout for quite some time.

NREI: Some retailers seem to be trying to figure it out and want to stay in current locations. Are more landlords willing to work with them?

Michael Wiener: It depends on who you are and what you’re proposing to the landlord. Are you offering additional term? How big is the box you’re in? Is it centrally located? What kind of confidence does the landlord have in the possibility of re-leasing the space should you leave? These are just some of the factors that impact these types of negotiations.

If you’re just coming and saying, ‘I need some relief and I’m going to give you one additional year of term,’ it’s a harder sell. But believe it or not, we still get deals done like that because landlords recognize the seriousness of the situation. It sometimes depends where you are in the country, especially at the beginning of the pandemic, when certain parts of the country were impacted worse than others. The great equalizer as it relates to the landlords is that the pandemic is spreading throughout the country, and they seem to be coming around in geographic areas where they weren’t previously poised to offer assistance.

NREI: What do the next six months look like?

Michael Wiener: I don’t have any predictions other than to say I think there’s going to be continued pain and continued confusion until the pandemic is abated with a vaccine. And I don’t think that’s going to happen until the third or fourth quarter of next year.