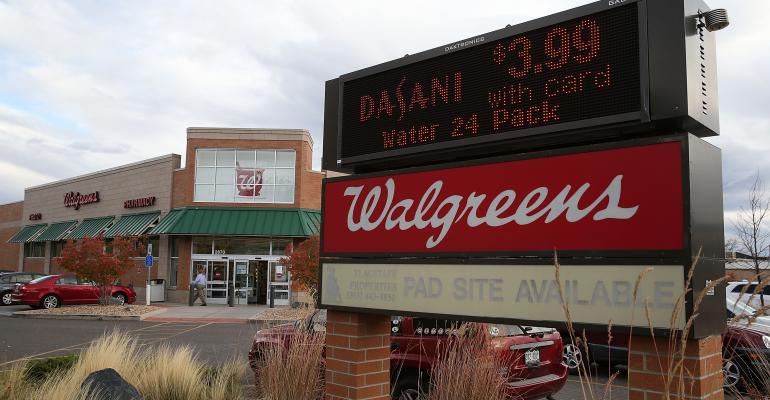 Though a Buyout Deal for Walgreens Is Far from Certain, it Would Make Sense for the Retailer

The giant drugstore chain is trying new initiatives to draw more store traffic amidst changes in the healthcare sector.

Drugstore giant Walgreens is looking to go private, Reuters and Bloomberg reported on Tuesday. Deerfield, Ill.-based Walgreens Boots Alliance Inc., which reportedly has a market value of more than $55 billion, is following in the steps of other retailers including Hudson’s Bay in testing the going-private waters.

Walgreens, which operates roughly 9,200 drugstores around the U.S., has had informal talks with private equity firms, and Reuters reported that the company hired Evercore Partners Inc. to look into a possible deal.

Walgreens CEO Stefano Pessina owns 16 percent of the company and is its largest shareholder. Walgreen representatives could not be reached for comment.

One of the private equity players that Walgreens has been talking to is reportedly KKR, with which it has a history. Back in 2007, KKR bought a stake in Alliance Boots, which was then acquired by Walgreens several years later.

If a deal to buy out Walgreens is reached, it could mark the largest leveraged buyout ever, according to Reuters. Both news services’ sources, however, said some of the buyout firms are reluctant to participate in the deal, so it’s “far from certain.”

An advantage to Walgreens?

The going private move would mean the company would step out of the public eye, not have to report to shareholders quarterly, and more easily adapt to the rapidly shifting retail environment, analysts note. Fierce competition from Amazon and other retailers has hurt Walgreens’ sales of household goods, beauty/care products and food-and-beverage items. The chain, like its main rival CVS Health, is struggling with changing consumer shopping habits and pressures on the pharmaceuticals business.

“I think it’s really good news,” says Soo Romanoff, a health care equity analyst at Morningstar, referring to Walgreens possible move to become private. “It takes away the distractions for them, because they would be able to really make long-term investments. We like Walgreens because they’re addressing a lot of the needs of healthcare. A lot of the initiatives they have in place are with partnerships and improving wellness, and also better utilizing their stores.”

Romanoff points to the company’s wellness initiatives as the chief driver, but says the public markets are too impatient to wait for them to play out.

That’s where going private would give Walgreens that extra time and flexibility, she says.

Because the way consumers use pharmacies is changing, Walgreens has been looking for new strategies to drive traffic and give people reasons to visit its stores.

One way has been through a slew of partnerships; more than a dozen so far and counting. Walgreens has partnered with health plans like Humana, laboratory testing services company LabCorp, beauty subscription service Birchbox, grocer Kroger,  FedEx for package pick-up and drop-offs and technology companies like Microsoft to improve the chain’s data analytics and care management solutions. Its latest venture is with weight loss clinic operator Jenny Craig.

Jenny Craig and Walgreens will open 100 Jenny Craig locations at Walgreens stores nationwide in January 2020. After these open, the companies will begin to “explore other potential in-store and digital initiatives,” according to a company statement.

Walgreens is beefing up its investments in e-commerce and digital healthcare to compete with online pharmacies and mass merchants.

The Jenny Craig announcement was made the same day that Walgreens reported that its fourth-quarter retail sales dropped 3.9 percent year-over-year and same-store retail sales fell 1.2 percent, which Walgreens said was “entirely due to continued de-emphasis of tobacco.” Walgreens raised the age to buy tobacco products to 21 starting Sept. 1.

“We think it’s really important for the company to focus on new partnerships and initiatives to respond to the rapidly changing healthcare environment,” says John Boylan, a senior equity analyst with Edward Jones. Edward Jones has a hold rating on Walgreens stock.

However, it will take time—perhaps years—to fully establish these partnerships.

“These are things to keep them relative,” says Brian Owens, vice president of retail insights at consulting firm Kantar Retail, who leads the company’s syndicated health and wellness and drug channel research. “These are the things that maintain their brand identity, and these are things that are important to the shopper. As they’re still trying to discover who they are as an organization, they don’t want to lose the people who are loyal to them, so as a result, they’re investing in these partnerships to at least keep the most loyal folks engaged as they figure out what their next big move is.”

Walgreens’ strategy toward partnerships and joint ventures is very different than competitor CVS, which acquired U.S. health insurer Aetna Inc. for roughly $69 billion in 2018. That deal solidified a partnership between a traditional retail pharmacy and a healthcare insurance and services provider to help drive customer traffic to CVS’s stores. Essentially, CVS wants to position its stores as healthcare centers rather than just drugstores.

“CVs has a unique strength that Walgreen doesn’t have,” Owens notes. “They have [CVS] Caremark and now they have Aetna on top of that. They have more control over the reason to go to the store, while Walgreens doesn’t have that, and they’re not able to drive front store traffic. As a result, Walgreens has to partner in order to be successful.”

Restructuring to help to cut costs

Meanwhile, Walgreens announced in October that it will shutter 157 Walgreens-operated retail health clinics by year-end and keep open roughly 220 clinics operated in partnership with health system providers. That means it will close nearly 40 percent of its in-store clinics as it focuses on other businesses and services that it believes will attract more consumers to its stores.

The company also announced  it laid off employees at its corporate headquarters and will not pay annual bonuses this year as part of its strategy to boost its cost-cutting goal from $1.5 billion annually to $1.8 billion annually.

“I will never count Walgreens out,” he adds. “They have a lot of cash; look at their balance sheet. So, their ability to still get this cost savings might fund their next big investment.”