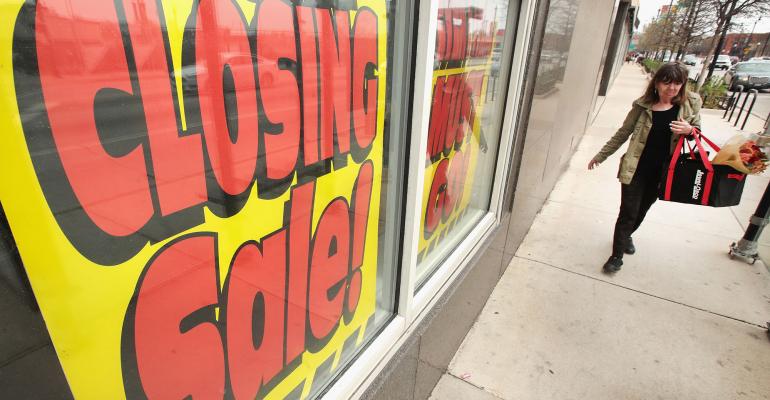 Vacant big boxes can be ideal for conversion to self-storage facilities.

The retail apocalypse has left behind thousands of empty stores. Developers of self-storage facilities have joined the bidding to buy vacant retail properties and then redevelop them into the new use. The locations are often very strong, and the low cost of redevelopment helps make these deals work.

“Each week our firm is contacted by groups looking to get into self-storage from other asset classes,” says Ryan Clark, director of investment sales for SkyView Advisors, a national self-storage brokerage firm. “Many of the groups’ investment theses center around conversion development.”

“Big-box retail has access to a built-in population base, oftentimes in areas where larger empty parcels are unavailable,” adds Jeffcoat.

These sites are often a good fit with the changing needs of self-storage properties, which often rely on being highly visible to potential customers. “Today’s self-storage facility: It’s on the corner, a hard corner, with frontage. You can’t miss it,” says Steve Mellon, managing director of the national self-storage team with real estate services firm JLL. “It’s not on a cul-de-sac behind an industrial park or in the back of a dead shopping center.”

Investors interested in buying empty big boxes with good locations should be prepared to pay high prices, however. “So many people are trying to buy them that you can’t get them as cheap,” says Mellon. “The biggest competitor is healthcare. A lot of my clients trying to buy big-box stores to convert to self-storage lose out to medical office.”

Of the new self-storage properties that have opened since 2015, 7 percent were converted from former retail buildings and 65 percent were constructed from the ground up, according to research firm CoStar Group. About a quarter (23 percent) were converted from industrial buildings. Yardi Matrix puts the share of new self-storage buildings that had once been retail properties higher, at about 14 percent.

In addition to offering desirable locations, projects to convert vacant retail properties also tend to be much more cost-effective than group up construction, according to Clark. As a result, in markets where the average rent for self-storage properties is too low to support the cost of building new facilities, a large percentage of the new self-storage properties opening up have been converted from other uses.

Investors need to carefully consider the shape of the buildings they plan to redevelop. The best prospects are often large retail buildings with relatively few interior walls—an empty Circuit City is typically better than an old car wash. Big-box stores also often include substantial parking lots, which allows for expansion if the existing building is too small for the new use.

“Many conversion sites do not contain sufficient square footage under roof to efficiently operate a self-storage property, so utilizing the outdoor parking area for additional expansion is critical,” says Clark.