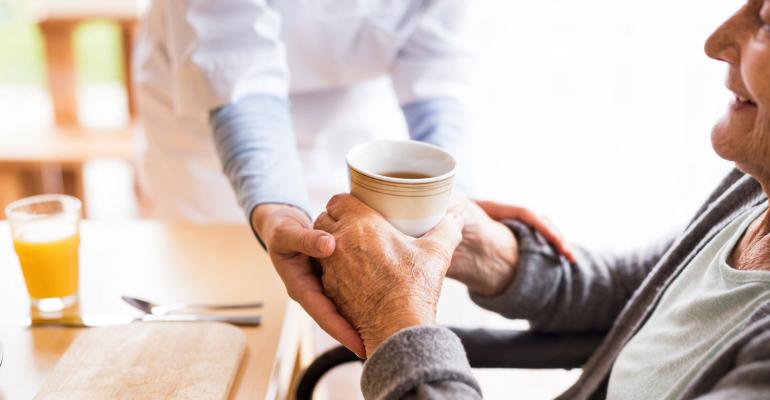 A multi-year study by Georgetown University Medical Center found nursing home costs are rising much higher than the rate of inflation.

A six-year study conducted by the Georgetown University Medical Center revealed that nursing home costs have increased significantly from 2005 through 2010 and rose again, though less rapidly, from 2010 through 2015, presenting a stark contrast with the much lower rate of inflation. The eight states researched in the study included California, Florida, Ohio, New York, Texas, Vermont, Oregon and Georgia. The study, conducted by Georgetown Assistant Professor at the Department of Health Systems Administration Dr. Sean Huang, was propelled by the intensifying long-term burden of nursing home costs faced by the growing seniors population.

NREI: What was the motivation for this study and how did you choose which states to research?

Dr. Sean Huang: There are very few studies and not a lot of information about how nursing home costs vary by pricing in any of the [existing] literature. Medicaid collects general cost reports for nursing care, but there is no data to calculate the prices that customers have to bear. I collected data through individual state agencies, but there were only some states with any price point reports, and I have chosen the eight states to highlight with that information.

NREI: Which states were hit the hardest by the increases and why?

Dr. Sean Huang: New York has the most expensive price tag where the cost of living is highest, with Texas as the lowest price point for care. California, however, saw a 30 percent cumulative price growth increase, Florida at 29 percent, Vermont at 29 percent, New York at 20 percent, with Texas at a lower margin of only 15 percent, which was slower than the growth in medical care prices, but still faster than inflation in general consumer prices.

The problem is that inflation was only at 11.7 percent during the [time of the] study, and ideally cost [increases] should be similar to inflation in order to maintain quality of life. At almost three-fourths higher, nursing home expenses are increasing at a very fast speed, which is not a good sign. All of the states studied have care costs [increases] much higher than inflation.

NREI: What advice do you have for consumers and nursing home investors in anticipating these price increases?

Dr. Sean Huang: Individual consumers should prepare ahead of time, and the majority doesn’t have long-term care insurance. Most people were unable to purchase the very expensive insurance starting in their sixties. The best thing to do is to stay healthy for as long as possible. It could be $100,000 per year for a nursing home stay. Ideally, an individual won’t stay longer than one year. In Scandinavian countries, people stay fewer days in nursing homes, but I have not researched the potential reasons.

NREI: Which types of nursing homes were the most expensive?

Non-profit chains charged the highest prices, possibly due to having better amenities, more social programming, and better controls for staffing and deficiencies, but the research did not cover the reasons for price differences. Non-profit independent nursing homes also charged similarly to non-profit chains.

NREI: How did the study influence your predictions for the next 10 years, as the baby boomers age?

Dr. Sean Huang: There’s still going to be a major affordability problem, but possibly not quite as extreme. We calculated California with a price increase at 20 percent from 2010 through 2015, but inflation was only going up by eight percent. So, it isn’t as much of an increase, but still 2.5 times higher than the rate of inflation. I would continue to predict a similar curve.

NREI: How do you suspect the government will play into the solution for the rapid rise in nursing care costs?

Dr. Sean Huang: There will be more demand from those who need long-term care with the aging baby boomers, but the government is trying to encourage people to stay in their homes and not use nursing homes unless it is essential. The problem is, the demand will be higher, but government policies and funding will continue to be cut, so there is financial doom on the federal and state level.

On the bright side, Medicare covers home health care and some states have funding for home care, which is much preferred to nursing homes. It’s also cheaper for the government to pay for services in someone’s home instead of an institution. People with complicated health issues and disabilities may need to go to a nursing home, but for those who are not ill, there are options and government incentives to be addressed.

NREI: Do you have any advice for seniors housing investors based on this research?

Dr. Sean Huang: There will be more demand for nursing homes from the investor perspective, but we don’t know how much Medicare and Medicaid will pay in time. Prices are increasing, but it’s hard to determine who will be able to afford nursing home care. We are working on more studies to update price trends after 2015 to investigate consumer behavior to further understand how price points of nursing homes inform decisions.