So far in 2020, Clarion Partners spent $355 million on the purchase of an 826,338-sq.-ft. Amazon distribution center in Revere, Mass. At the beginning of the year, the company also bought a two-building multifamily portfolio in Torrance, Calif. for approximately $221 million.

The REIT, which specializes in life science and technology assets, bought 11 properties in the first quarter of 2020 and made several further acquisitions in the second quarter of the year. The latter included the purchase of 987 and 1075 Commercial Street in the greater Stanford/San Francisco area and 4555 Executive Drive in University Town Center/San Diego. Overall year-to-date, the company completed $842 million worth of acquisitions.

Like several other buyers on this list, healthcare REIT Healthpeak Properties Inc. started the year by closing on a major transaction that had been in the works for a while—its acquisition of a 51 percent stake in 13 Brookdale Senior Living’s continuing care retirement communities for $461 million. The company also bought The Post, a 426,000-sq.-ft. life science property in Waltham, Mass. for $320 million.

E-commerce giant Amazon also ended up on the top real estate buyer list in the first half of 2020. The company helped struggling co-working operator WeWork offload its Lord & Taylor building in New York City, which was slated to be converted from retail to office use and serve as WeWork’s headquarters. Amazon paid $978 million to buy the 667,350-sq.-ft. building from the joint venture of the Rhone Group and the We Company, WeWork’s parent.

The non-listed REIT completed its mergers with Steadfast Income REIT, which brought with it 28 apartment properties throughout the nation, and Steadfast Apartment REIT III.

In July, Brookfield bought a controlling stake in single-family rental operator Conrex. The firm has another $300 million to deploy in the single-family rental market, according to Bloomberg. In the first half of the year, it also bought The Olivia apartment building in New York City from SL Green for $446 million.

Global real estate investor and manager Harbor Group purchased a portfolio of 13,000 apartments located primarily in Sunbelt States for $1.85 billion back in January. The company also bought an 866,706-sq.-ft. office building in Jersey City from the LeFrak Organization for a little over $372 million.

Private equity giant Blackstone has also remained active in the acquisitions market through the first two quarters. Some of its deals involved closings of transactions agreed on earlier in the cycle, including the $4.6 billion purchase of MGM Grand and Mandalay Bay in Las Vegas as part of a joint venture with MGM Resorts International.

Overall, the firm’s real estate division saw more than $5.8 billion of capital deployed during the second quarter of 2020, although most of the money was spent on the acquisition of a U.K.-based student housing portfolio, a Japanese multifamily operator and a stake in an Australian casino operator. However, Blackstone is also on track to invest in a $1.7 billion studio anchored by Netflix and Disney and a class-A office portfolio in Hollywood, Calif. And it bought the 1,003-unit Sheraton Grand Phoenix hotel in Arizona for $265 million.

Commenting on investment opportunities in the current market during the company’s second quarter investor call on July 23, President Jon Gray said, “If you fundamentally believe this is more cyclical in nature, as we do, in categories like office or in hotels, then you should have a good opportunity to deploy capital. In retail and closed malls, where we think the challenge is more secular, then we're going to be more hesitant in putting out capital.”

The global industrial REIT completed its $12.6 billion acquisition of Liberty Property Trust in early February, pushing it to the top of the buyer list. It also completed the purchase of Industrial Property Trust Inc. for more than $3.9 billion. The company reported some additional acquisitions in the second quarter of 2020, at a weighted average stabilized cap rate of 7.6 percent.

However, speaking during the company’s earnings call with analysts on July 21, CEO Hamid R. Moghadam cautioned that given that prices on industrial assets are not softening, Prologis would continue to focus primarily on building up its land portfolio.

“I don't think pricing of logistics real estate is going to soften,” Mogahadam said. “In fact, I think cap rates are going to compress because there's a lot of capital that's placed to go into real estate. And obviously, there are sectors that are not going to attract their fair share of capital like they did before. So that capital is piling in the few sectors that are performing well. So, I think the best use of capital is building out our land bank.”

To help stay afloat amid its IPO backlash and the COVID-19 pandemic, the battered We Company sold its ill-fated planned headquarters in New York City’s Lord & Taylor building to Amazon for $978 million.

The non-traded REIT transferred the ownership of 28 apartment properties throughout the U.S. to Steadfast Apartment REIT in a transaction valued at $1.1 billion as part of a merger that was completed early in 2020.

Toledo, Ohio-based seniors housing REIT Welltower reported that it completed pro rata dispositions totaling $717 million in the first quarter of 2020, including the sale of an 85 percent interest in 24 medical office properties to Invesco Real Estate through an $850 million joint venture partnership. In addition, the REIT closed on the disposition of three skilled nursing facilities at approximately $156,000 per bed. However, in the earnings report for the quarter, company executives noted that a previously agreed-on disposition of 11 seniors housing properties in western U.S. did not go through because of the uncertainty associated with COVID-19.

Atlanta-based multifamily operator Cortland Partners completed a deal with the Blackstone Group for the sale of 19 apartment buildings through the United States. The transaction price was not disclosed.

The privately-held real estate investment and fund management firm was behind the sale of the 13,000-unit+ apartment portfolio to Harbor Group back in January, placing it among the top 10 sellers in the first half of 2020.

Industrial REIT IPT agreed to be acquired by Prologis back in 2019. The $3.9 billion deal closed on Jan. 8 of this year.

Office and industrial REIT Liberty Property Trust also started the year by completing its merger with Prologis, at a price tag of $12.6 billion. The deal was among the biggest announced in 2019. 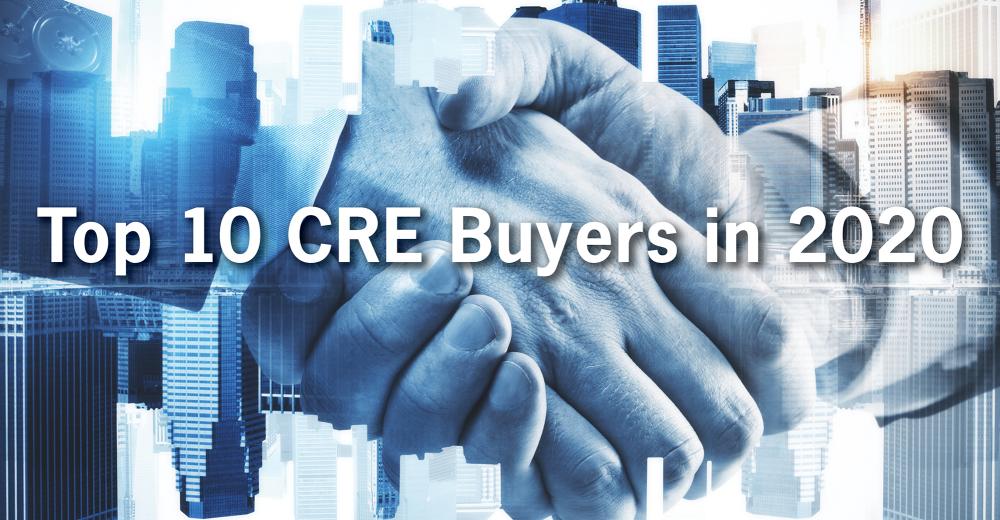