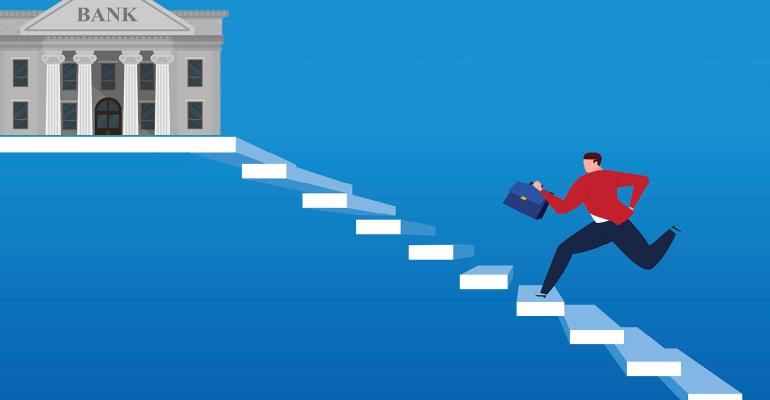 Apartment Owners Leap at an Opportunity to Refinance Loans

Long-term interest rates are lower than they have ever been—and owners of apartment properties are rushing to take advantage by refinancing into low-interest loans.

“There is a massive wave of interest in refinancing,” says Rick Salinas, director of JLL’s San Francisco office. “These are essentially some of the lowest interest rates on record.”

Worries about the rapidly-spreading coronavirus (COVID 19) are contorting the financial markets, driving down interest rates. The panic is creating a huge opportunity for the owners of apartment properties to refinance the loans on their properties.

“It’s both exciting and a little unnerving,” says Mitchell Kiffe for CBRE. “Debt providers have been incredibly busy.”

A typical apartment property can now get a 10-year loan from a Freddie Mac or Fannie Mae lender that covers 70 percent of the value of a property with a fixed interest rate of 3 percent or less. Better sponsors might get rates as low as 2.75 percent.  “A month ago interest rates were probably 50 basis points higher,” says Kiffe.

Long-term interest rates have dropped throughout the U.S. economy. The benchmark yield on 10-year Treasury bonds closed at 0.5 percent on March 9. That’s a full percentage point lower than the yield even in the darkest days of the global financial crisis a decade ago. Treasury bond yields sank as investors panicked over the rapidly spreading coronavirus, fled stock markets and put their money into relatively safe investments like U.S. Treasury bonds.

In addition, Federal Reserve officials have already cut their own benchmark federal funds rate by 50 basis points in an emergency cut. “There is another Federal Reserve meeting on March 18, which could bring further cuts,” says Salinas. Some market watchers are betting that the rate could be cut by as much as 75 basis points.

Owners of apartment properties are rushing to submit loan applications in attempts to lock in rates—even if they have to replace loans that have not yet reached the end of their terms. “Borrowers are willing to pay pre-payment penalties, if the net proceeds and interest payment savings make sense and they can extend their loan term and interest-only period by refinancing,” says Salinas

The loan programs of Freddie Mac and Fannie Mae are rushing to keep up with the business. “We are expecting to have incredible inflows into our debt platform—we expect to be very busy over the next 30 to 60 to 90 days,” says Kiffe.

Freddie Mac and Fannie Mae lenders are now making billions of dollars in apartment loans every week. To put that into perspective, Freddie Mac and Fannie Mae can each only purchase up to $100 billion in apartment loans in total over the five quarters starting October 1, 2019, according to the limits set by federal regulators. At this rate, they may rapidly burn through that.

Life companies yield to the pressure to compete

Even balance sheet lenders like life insurance companies are bending over backwards to offer the lowest interest rates. “To be competitive, lenders have to follow the market,” says Kiffe.

Balance sheet lenders such as life companies don’t raise capital by selling bonds—so they don’t benefit from a lower cost of capital as bond yields fall. Despite this, some life companies are willing to sacrifice their own investment yields so that they can offer the lowest interest rates and continue to hold the attention of the best borrowers. “Some call it yield capitulation,” says Kiffe.

The financial markets can change quickly, so borrowers are rushing to lock in their interest rates as quickly as possible. “Many lenders offer some form of early rate lock,” says Salinas.

Borrowers can often lock in an interest rate for a Freddie Mac or Fannie Mae loan in five to eight business days, according to CBRE. “Given the volume of loan submissions, the processing time will take a little longer than usual,” says Kiffe.

Life company lenders may be able to lock in a rate somewhat more quickly, since the are able to lend from their own balance sheet and don’t have to answer to outside investors. “Life companies are probably the top of the pile in the speed with which they can lock an interest rate,” says Kiffe.