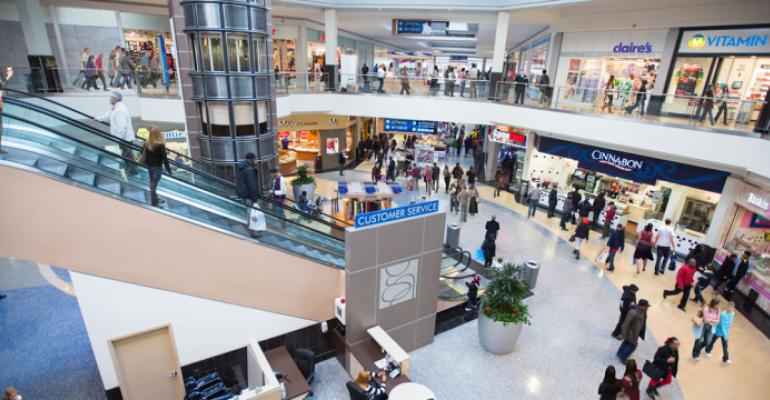 Which Regional Mall REITs Might Be the Next Takeover Targets?

The primary suspects may not be who you think.

In the wake of Simon Property Group Inc.’s pending $3.6 billion purchase of Taubman Centers Inc., all eyes are on Macerich Co. as the next potential takeover target among retail REITs.

Santa Monica, Calif.-based Macerich is “next in line” to be acquired, says Alex Pettee, president and director of research and ETFs at Rowayton, Conn.-based investment adviser Hoya Capital Real Estate LLC, thanks to its high-quality portfolio of retail properties. The Macerich portfolio encompasses 51 million sq. ft., primarily made up of 47 regional malls along the West Coast, and in the New York City-Washington, D.C. corridor, Arizona market and Chicago market.

In 2015, Macerich rejected an unsolicited $22.4 billion buyout offer from Simon that included assumption of $6.4 billion worth of Macerich debt. That’s the last time Simon made a run at one of its competitors. The Simon-Taubman combination makes sense, given both REITs’ reputations as class-A operators, according to Pettee. Until now, Bloomfield Hills, Mich.-based Taubman had been hesitant to sell.

“Losing 50 percent to 70 percent of one’s market value over a three-year period—as Taubman and most other mall REITs have—seems to have humbled executives across the mall REIT space,” Pettee says.

The Taubman deal would put control of nearly 203 million sq. ft. of U.S. retail properties in the hands of Simon, according to S&P Global Market Intelligence.

On the whole, Scott Crowe, chief investment strategist at Plymouth Meeting, Pa.-based CenterSquare Investment Management LLC, embraces the financial merits of the Simon-Taubman deal. But he argues that Simon “appears to have paid a steep price by levering up their balance sheet at a time when redevelopment capital has become very precious.”

“With cap rates continuing to stay low, we’re seeing value-add opportunities being snatched up quickly. Tenant interest is as strong as ever, with investors seeing the ability to reposition vacancies and add value,” Needham says. “I see that pattern continuing as long as interest rates stay low.”

Amid that environment, which retail REITs could be ripe for M&A, other than Taubman and Macerich?

“Lack of scale has quickly become an issue for these smaller, lower-productivity mall REITs, and I think investors would look favorably on a combination of two or three of these players,” he says.

“We firmly believe in the mixed-use playbook when it is executed on a piece of land with the necessary population density to create enough foot traffic that the retail and non-retail components can truly draft off each other in order to create a vibrant atmosphere,” Crowe says.

An acquisition of Urban Edge Properties by Federal Realty Trust would boost the latter’s earnings in the short term and would create a long-term pipeline for high-density redevelopment projects, according to Wilson. Federal Realty owns more than 100 properties comprising 24 million sq. ft. of space.

Throughout the retail REIT sector, M&A chatter has intensified recently, according to Pettee.

“Specific to mall REITs, desperate times call for desperate measures, and I think anything and everything is potentially on the table for these struggling REITs, which have underperformed the broader REIT average for four straight years,” he says.