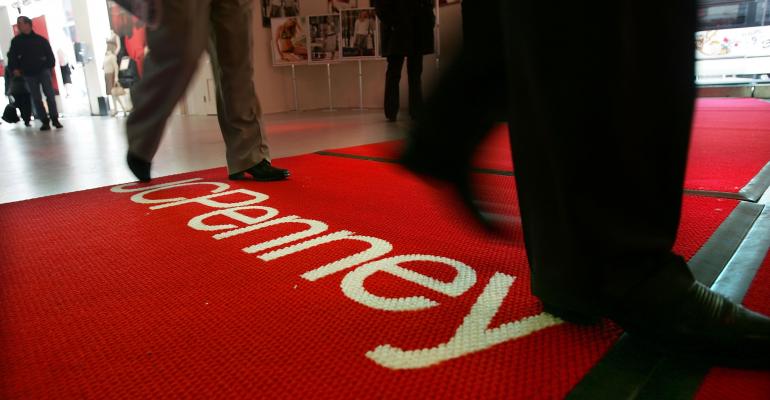 Earlier this month, Reuters reported J.C. Penney was working with debt restructuring advisers. The retailer issues a denial. But is there something afoot?

Earlier this month, Reuters reported that the retailer hired advisers to explore debt restructuring options that could potentially give the flailing department store chain more time to execute its long-running turnaround.

Citing sources familiar with the matter, the news agency reported that the retailer has had discussions with lawyers and investment bankers specializing in advising struggling companies on debt restructuring and other financial workouts.

The day after Reuters’ report, J.C. Penney’s shares fell nearly 17 percent. As of the morning of July 30, company shares were trading at $0.77.

However, the Plano, Texas-based retailer released a prepared statement on July 19 saying it had not hired strategic advisers to prepare for an in-court restructuring or bankruptcy. The company executives said it “routinely” hires external advisers to evaluate opportunities for the company.

“By working with some of the best firms in the industry, we are taking positive and proactive measures, as we have done in the past, to improve our capital structure and the long-term health of our balance sheet,” the company’s statement said.

J.C. Penney, which employs 95,000 people at 860 stores, has about $4.0 billion in debt that will come due in the next several years. Reuters reported that a restructuring could include “raising additional cash or negotiating with creditors to push out debt maturities.”

One of Reuters’ sources said the restructuring talks were in early stages and were meant to “increase financial breathing room and avoid confronting a potential bankruptcy filing down the road.”

The troubled retailer has been struggling with declining sales. It has been hit hard by competition from superstores like Walmart and Target, fast-fashion retailers, off-price retailers like TJX Cos. and Burlington, and e-commerce players like Amazon. Department stores, in general, are trying to reinvent themselves in order to compete.

Over the years, J.C. Penney also suffered several failed business overhauls. For instance, former Apple executive Ron Johnson was hired in 2011 to revamp the retailer and bring in new brands to draw in young shoppers. However, he eliminated promotional “doorbuster” sales, coupons and clearance sales and introduced an “everyday low pricing” strategy. This plan ended up alienating the chain’s core customers, and J.C. Penney suffered huge losses as its once-loyal customers moved on to other retailers.

“Price and promotions only go so far, and when you can go to great off-price retailers and find a surprise designer label or home good at a great price, or visit Old Navy for an easier shopping experience to clothe the entire family, or go to Target to get brand goods, the choice seems simple,” adds Weiss.

Soltau has been assembling her management team and cutting unprofitable lines of products. She ditched the sales of major appliances in J.C. Penney stores because of thin profit margins. Furniture is still available, but only online.

The retailer is now returning to its focus on clothing sales, particularly women’s apparel, and household goods, including bedding and towels, which have higher profit margins.

“This really isn't about Amazon,” Weiss notes. “It’s about improving women's apparel; that will be a key strategy to get that important mom in the door.

“All of the other strategies are in place to buy the time to get women's apparel right. But time is of the essence. Once you lose a customer to another option, it isn't easy to get them back. It might be too late.”

J.C. Penney also has been closing stores. In February, it announced it would close another 27 stores by the end of 2019.

It’s troubling for many analysts that the retailer still hasn’t announced significant, tangible plans for a turnaround.

“The thing that’s discouraging is Jill Soltau started last October, and there still has been no plan announced to anyone,” says Bob Phibbs, CEO of the Retail Doctor, a New York-based retail consulting firm. “She just says, ‘We’re working on it,’ which doesn’t lead anyone to feel that they’re going to figure this out.”

The company’s losses in May  were twice as great as the year before, Phibbs notes. Net loss for the first quarter of 2019 was $154 million or $0.48 per share. Same-store sales dropped 5.5 percent.

“And I can’t think of any millennial young woman who says, ‘Hey, let’s go down and check out J.C. Penney,” Phibbs says.

“Ron Johnson destroyed this brand,” he adds. “Let’s just call it what it is. Nobody wants to say that. They want to say it was dying before him, but he slashed and burned the company and it should fall at his feet.”

However, that debacle occurred years ago, and Phibbs says it’s time to figure out a new strategy. The problem is that the retailer still hasn’t answered the question of “why would someone want to go to J.C. Penney?” he says.

Soltau needs to come up with a bold plan focusing around being a brand for women, according to Phibbs.

The “brand needs to filter everything through the lens of a modern woman—old, young, women of color, working women, retired women, veterans,” he wrote in a recent blog post. Instead of focusing on discounts and products, J.C. Penney needs to become more than just a store. “It has to become a movement of empowered women.”

“You could make an interesting case around this of something that could really get people going if you just got the bold stroke right, and then figured out all the ways to implement that,” Phibbs notes. “But they don’t have that. They don’t know who they’re dealing with.”

He adds that many of J.C. Penney’s staple brands, including Levi’s, are going direct to consumer.

“I just don’t get the silence in this day and age when you could be talking about it,” Phibbs says. “You could take a few stores and do some different things. You could train people differently. We aren’t hearing any of that… Without a bold plan, without a bold vision, I think it’s really hard for anyone to get hopeful about it.”