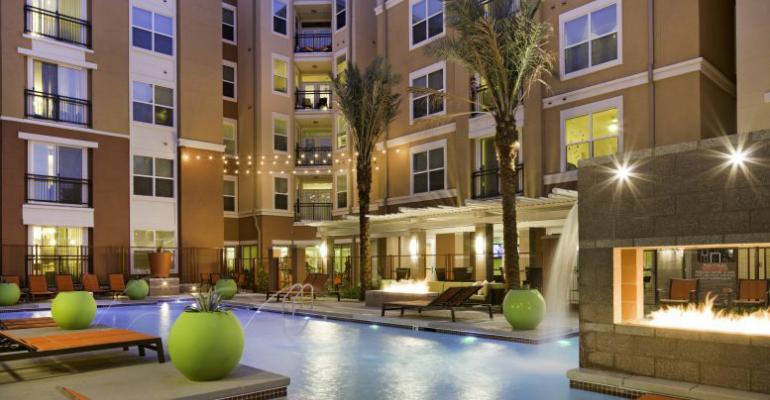 A gap between buyers and sellers expectations on cap rates is slowing the pace of deal volume in secondary and tertiary markets.

Citing a disconnect on cap rate expectations, a growing number of investors have walked away from negotiations to buy and sell student housing properties in smaller markets.

“I believe that’s largely because of sellers not wanting to accept higher cap rates,” says Frederick W. Pierce, president and CEO of Pierce Education Properties, based in San Diego. “Sellers who want to transact in these markets in 2020 will have to increase their cap rate expectations.”

Prices rose relative to operating income for student housing properties in these secondary and tertiary markets in the first half of 2019, driving cap rates down. But potential buyers are resisting these lower cap rates—they are demanding higher yields to compensate for the risk of buying near smaller schools. That’s leaving some property owners stranded in deals, experts say.

“I think the volume of student sales in these markets in 2020 will be down as seller’s are unable to exit deals they underwrote at lower cap rates,” says Jamie Swick, senior associate with the National Student Housing Group for Colliers International.

In the first half of 2019, investors paid capitalization rates averaging 5.43 percent for properties near Division I schools that weren’t in a Power Five football conference, down from 5.70 percent in 2019, according to CBRE. That’s squeezing very close to the average cap rate of 5.40 that investors paid in both 2018 and the first half of 2019 for properties near Power Five schools.

“Over the past couple of years, cap rates for student apartments in secondary and tertiary markets trended down,” says Pierce. “To where there has only been a spread of 5 to 10 basis points between those markets and Power Five football conference markets.”

However, potential buyers have backed away from these lower cap rates for student housing properties in secondary and tertiary markets. “It made for a significant difference in transaction volume, compared to 2018,” says Swick.

“Investors were not willing to pay lower cap rates, even though the returns were strong,” says Dorothy L. Jackman, executive managing director of the national student housing group for Colliers International, based in Tampa, Fla. “That’s because they were not confident their exit cap would be significantly lower than their purchase cap rate.”

Despite the fight between buyers and sellers, demand for student housing is relatively strong in these smaller markets… especially compared the demand problems in many overbuilt larger markets.

“Many of the Tier One schools are actually struggling a bit relative to the non-Tier One group,” says Carl Whitaker, market analytics manager for RealPage, Inc. “The Tier One schools attracted a lot of new development over the past decade, and in some cases have over-built their local demand capacity.”

For example, at the University of Mississippi, a Tier One school, student housing properties cut their rents by more than 7 percent, on average, in fall 2019, because the new student housing beds opening in the market grossly outpaced demand, says Whitaker.

In contrast, at the University of California-Davis (a school that not very many would consider in that Tier One cohort) student housing properties grew their average rents more than three times more than the average rent growth in the U.S. “U.C.–Davis just simply hasn’t attracted the same amount of new construction and demand has kept up with supply,” says Whitaker.

“We’re actually seeing stronger performance at many non-Tier One schools,” says Whitaker. “But some of the risks associated with non-Tier One assets (smaller enrollments, less liquidity) mean there isn’t as much investment activity there.”

Also, these smaller schools may also be at risk for shrinking enrollment in the near future. Overall, enrollment at colleges and universities overall is only expected to grow 0.3 percent per year over the next decade, according to National Center for Education Statistics. Most of the growth is expected to occur at Power Five schools.

“Enrollment growth at many secondary and tertiary universities looks to be level or negative over the next decade,” says Pierce. “The smaller cohort of students matriculating to college is being more selective and is choosing America’s best universities.”