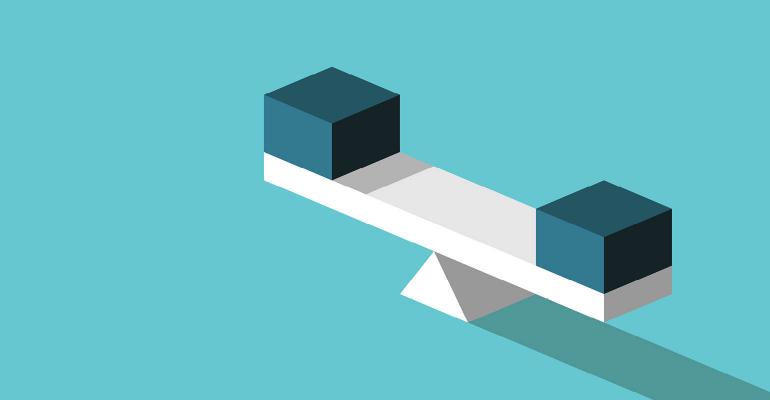 The slowdown in CRE prices is expected to last for six to 12 months.

Commercial property prices appear to have stabilized, a trend likely to persist for six to 12 months, according to research firm Green Street Advisors.

Property prices have cooled over the past couple of years, and Green Street’s aggregate CPPI has remained at roughly the same level as it was two years ago, said Peter Rothemund, senior analyst of strategic research at the firm, during a webinar on Wednesday about Green Street’s outlook for commercial real estate. “Interest rates have stopped declining and not just that, they’ve actually been going in the other direction,” Rothemund said.

Since the economy continues to do well, the Federal Reserve is expected to continue to raise interest rates, including a widely expected hike at its next meeting at the end of this month. These increases could trigger a flip in the yield curve—which already has flattened—before year’s end, potentially signaling that a recession could be on the way, said Andy McCulloch, managing director of real estate analytics at Green Street. “So, it’s understandable investors are wondering when the next downturn will occur,” he said.

The Nowcast at Ten-X, an online commercial real estate marketplace, shows a similar finding of flattening prices, as the index rose just 0.2 percent in August. The Nowcast for the year is up 0.4 percent year-over-year.

Meanwhile, the CPPI tracked by research firm Real Capital Analytics (RCA) rose 7.0 percent year-over-year in July, but price growth has been losing steam compared to earlier in the cycle. The year-over-year growth figure represents nearly half the pace of growth seen in early 2015.

As expected, there are differences in price performance among the different property sectors, with manufactured homes, industrial and student housing performing the best, according to Green Street. Strip centers and regional malls were the only two sectors that saw price declines.

Ten-X’s Nowcast shows the office sector up 3.7 percent year-over-year, following a plateau lasting from late 2016 to 2017. The Nowcast also shows industrial prices as 4.7 percent lower than the year before, with Ten-X questioning if trade disputes are impacting the sector. The Nowcast shows retail properties experienced a 3.8 percent increase year-over-year in spite of weak fundamentals for physical storefronts.

RCA’s CPPI showed that in July the multifamily sector posted the highest monthly and yearly price growth, with a 12 percent year-over-year increase. Growth in secondary and tertiary markets drove this boost, according to the firm. Meanwhile, office buildings located in central business districts (CBDs) posted the weakest price increase at 1.3 percent year-over-year in July.

Cap rates in most sectors are up a little, Rothemund said. “They are up a lot more in retail, and they’re lower for industrial, manufactured homes and student housing, which have been ripping,” he added. Cap rates are highest for the lodging sector and lowest for the apartment sector, according to Green Street.

For the next six to 12 months, Green Street researchers expect pricing will trend sideways. Compared to corporate bonds, real estate is fairly priced, as the spread between real estate returns and the yield for corporate bonds is close to the long-term average, Rothemund noted. Debt for real estate acquisitions also continues to be widely available and cheap, and there is still a lot of capital looking to be deployed into the commercial property sector, he added.

Still, Green Street anticipates a positive, but lower-than-historical risk-adjusted return rate on average for the major sectors. The manufactured home segment has the most promising outlook, and the office the least promising.

The office sector is also Green Street’s least favorite in terms of capital expenditure requirements, according to the firm’s methodology, which incorporates leasing costs and maintenance costs into its outlook. These requirements are the highest for office properties among all the major real estate sectors and are only expected to grow.

“Office landlords must reinvest a substantial portion of a building’s cash flow in order to attract and maintain tenants and keep the property in good working order to remain reasonably competitive in the marketplace,” McCulloch said.

And while the strong U.S. economy should bode well for the demand for commercial space, the supply levels in office, industrial and apartment sectors are now above long-term averages, he noted.

For industrial assets, the demand is there for the current level of new development in the sector, but it is still something to watch. And for the office and apartment sectors, this supply is starting to weigh on rents.

“What this all translates to is that supply is meeting demand in most property types, which means that on average, we’re going to see inflationary-type rent growth,” McCulloch.