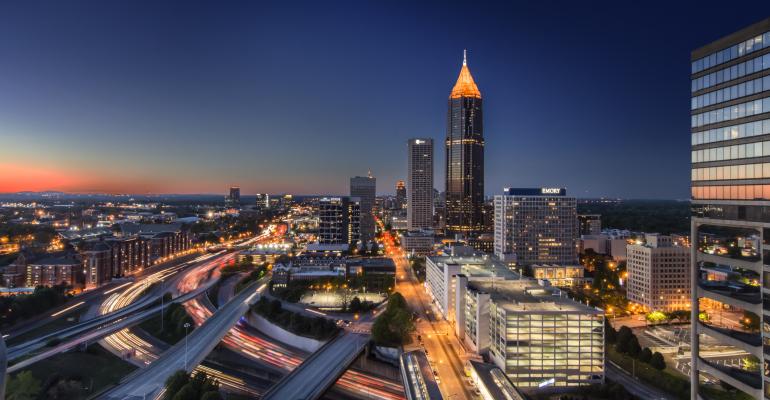 Average rents in the Sun Belt markets increased by 21 percent over the past three years, above the national average of 15 percent, according to data from research firm the CoStar Group. Austin, Texas and Nashville, Tenn. both exceeded the 40 percent threshold during that same time span, says Ryan.

What’s giving market observers further confidence is that in spite of very high levels of population growth, office developers have been restrained during this cycle and there is limited risk of oversupply in the Sun Belt.

Sun Belt markets have around 27.8 million sq. ft. of office space currently under construction, according to JLL data. The amount of office supply as a percentage of current office inventory has remained under 2.0 percent in the region for over a decade. However, there will be further starts in the region “over the next 12 to 18 months, in contrast to the pullback in starts seen elsewhere in the country,” Ryan notes.

Meanwhile, valuations on office buildings in the Sun Belt have remained reasonable.

“The strength of the Sun Belt markets is that there isn’t any one industry that you can single out as the driver of office leasing,” says Leonard. “Sun Belt has a bit more diversity outside of the core office-using sectors. Finance, professional and business services, education and healthcare are the top super sectors since 2017 for office demand in these markets.”

The core tenant base is highly market-dependent in the Sun Belt. The technology sector has been particularly strong in Austin, Nashville and Raleigh, N.C., while large-block corporate expansions dominate in Atlanta, Charlotte, N.C. and Dallas. Logistics, transportation, education and finance sectors are also boosting tenant demand in the Sun Belt, says Ryan.

As a result, sales of office buildings in the Sun Belt metro areas have accounted for a larger percentage of national sales volume as the decade has progressed, according to research from real estate services firm Transwestern. Roughly 17 percent of office investment volume is attributed to the Sun Belt region, specifically Atlanta, Austin, Charlotte, Dallas-Fort Worth, Houston, Miami, Phoenix and Tampa, Fla. That has been steady over the past four years, but up from the low point of 12 percent a decade ago.

“We expect that office investors will continue to increase allocations to this region. However, sales volume may decrease overall for office in 2020, so it’s hard to say if volume will be higher next year for that reason,” says Leonard. “The spread in pricing and the stronger expectation for job growth in Sun Belt markets are the main reasons why investors are considering shifting allocations to these markets.”