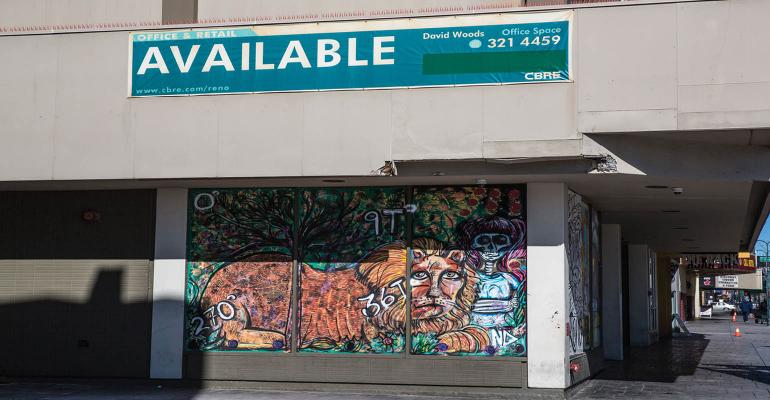 Retail Investment Sales Volume Was Already Down Before Coronavirus Hit. What Will Happen Now?

Industry insiders know the virus might be here for the long term. But that means shoppers and investors will eventually find a “new normal.”

As the world struggles with the impact of the coronarvirus pandemic, the question looms how it will affect U.S. commercial real estate as there are more quarantines, limited gatherings, travel restrictions and closings.

Bricks-and-mortar retail has already been grappling with overwhelming changes in consumer shopping behavior. A record 9,300 stores closed in the U.S. in 2019, reported global marketing research firm Coresight Group, shattering the previous record of roughly 8,100 stores in 2017. Real estate services firm Cushman & Wakefield has estimated that 2020 could beat that record with some 12,000 closings.

Malls have been hit the hardest, and now the pandemic has people avoiding public gathering places, including malls, theaters, fitness clubs and restaurants. Some malls have closed and others cut hours to prevent the spread of the virus.

What does it all mean for retail investment sales moving forward? First, here’s a quick look at 2019 activity.

Not surprising, the sector experienced the largest drop in investment sales of any major property type in 2019, according to research firm Real Capital Analytics (RCA). Retail investment sales volume fell 28 percent to $62.5 billion.

It hasn’t looked much better this year. In January 2020, there was $3.4 billion in retail transaction volume, a drop of 14 percent year-over-year, RCA reported. Deal activity wasn’t just lower than January 2019, it was cyclically low.

The volume of retail transactions in January was more like the pace in January 2008 or January 2012, when the economy was challenged and job growth was uncertain.

While nobody fully understands the magnitude of the coronavirus’ impact, several retail experts weighed in.

“Looking at past trends, we can get an idea of what we will think will happen going forward just speculating on the possibilities around the coronavirus,” says Kevin Cody, senior consultant at research firm CoStar Group.

“Over the course of the cycle, we’ve seen retail investment slow,” he notes. Sales volumes and pricing have fallen, so many retail properties are losing value. That’s true across the board, for malls, power centers, neighborhood centers and strip centers, Cody adds. They’ve all seen cap rates increase over the past few years. Malls especially have taken a hit, though well-located class-A malls have held up better.

Meanwhile, store closures have spiked, so even high-quality malls are starting to feel the pain, Cody notes.

“We’ve seen some impacts already starting to happen—not necessarily in retail—but we can start to pick out markets, particularly ones that are heavy in tourism like Orlando or Las Vegas, and energy markets—like Houston or New Orleans. Generally, those are probably going to be the hardest hit or at least the first hit,” says Joseph Biasi, consultant at CoStar.

“They’re the low-hanging fruit in terms of what we think will get impacted. And of course, any kind of economic slowdown then feeds into retail,” Biasi says.

Retail has had problems already so an economic downturn, especially one where people are afraid to shop in store, is probably going to help drive people toward e-commerce, and again, would affect malls more than any other retail property sub-sector, Biasi notes.

In the short term, the hope was retailers would work through it, and although they would likely see further negative same-store sales growth, could still pay their rent, he says.

But with a significant economic slowdown, “we’ve got a lot bigger problems.”

On the other side, there’s concern about the long-term effects of more people turning to e-commerce for everyday goods. “It has already eaten a lot into bricks-and-mortar sales,” Biasi says.

Too early to tell

It’s too soon to grasp the impact of coronavirus on retail investment sales, says Calvin Schnure, senior vice president of research and economic analysis with REIT industry group Nareit. However, “it’s one more blow to a sector that has been dealing with a lot of blows, but it’s dealing with them,” he notes.

“If you look at retail property transactions and pricing, they’re not terribly bad,” but clearly, there are many challenges, Schnure notes.

However, two statistics give Schnure some confidence: There’s practically no new retail construction, which has kept occupancy rates surprisingly high, and while e-commerce sales continue growing, bricks-and-mortar sales have been rising, although modestly.

Overall, Schnure says he wouldn’t be surprised if investment sales slowed further in response to the coronarvirus crisis. Even with a slowdown, however, he notes there’s still a fair amount of activity.

Sector turned on its head

“We said anything that became an experience—that you physically had to do—is going to be Amazon-proof, so if we can find shopping centers that have that, we believe in that stronger than we believe in anything else. Well, that just blew up in our face,” Holzmann says.

The pandemic is keeping people away from “Amazon-proof experiences” as gatherings are limited to 10 people.

However, investors must also differentiate between short- and long-term, Holzmann notes.

“Some investors are already in these projects and whether they like it or not, there’s no liquidity if they’re already in it,” he says. “It doesn’t necessarily mean, ‘Oh my god, there’s the coronarvirus and everybody runs out. There’s nowhere to run out. Their money is already there. There’s already a retail center standing. That gym chain is still there, and it really becomes a question of if this thing dies in a month and it became a bump in the road or if this coronavirus situation and these quarantine guidelines stick around for another year, now everything’s going to change.”

The worst-case situation is to make a rushed decisions not based on long-term data, he adds.

“Does it look bad? Absolutely. But if you were to just sell everything you’ve got at a loss, you might turn out to be the bigger idiot in the room. First, calm down.”

In terms of new deal-making, many investors are obviously hesitant. “Again our entire thesis was to look for places that are Amazon-proof,” Holzmann notes. “Now it looks like I want to invest in an Amazon fulfillment center before I do anything else.”

What happens over time—and it won’t happen overnight or over a week or month—is that the market tends to find an equilibrium, he points out. That means that the opportunity has to encompass the economic viability and financial probability of what you’re going to make out of this situation.

For example, if a sponsor expected to make a certain amount of profit and now can’t find anybody who wants to invest in a retail center because it’s full of gyms and movie theaters that nobody is going to, he could repurpose it, Holzmann notes.

It may not have been the original plan, but given what’s happening, it’s an option. Or the sponsor can reduce the amount of profit it was expecting and make the offer more attractive to investors.

“On average, if 10 people called every month to ask about investment opportunity in a retail space somewhere in the country, I would say 50 percent are no longer calling.”

This will likely continue for at least three or four months, he estimates.

Holzmann’s assumption—based on the rate the coronavirus is spreading—is it’s going to hit every U.S. community.

“It will no longer be this obscure illness that you read about on the internet. It’s going to be much like the flu. ‘Oh, he’s got it. Too bad. I hope he snaps out of it,’” he says. “And when that happens, it’s going to be inevitable, in my opinion, that things return to normal. Because what’s happening now with the demand isn’t logical. We’re reacting to fear.”

“We think the virus is going to get worse and it will get to the point where everybody has experienced it, and in a way, will get over it,” he adds. “Don’t get me wrong. Some people will not. But it will become more of something that you’re used to living with.”

At that point, people will start asking themselves more everyday questions, like ‘what am I doing with my money and what kind of return am I making,’ according to Holzmann.

“Life goes on,” Holzmann says. “And then we expect people to go back to airports. People will go back to shopping centers and people will call us back and say, ‘Listen, I want to put my money into a retail center and make some money.’”