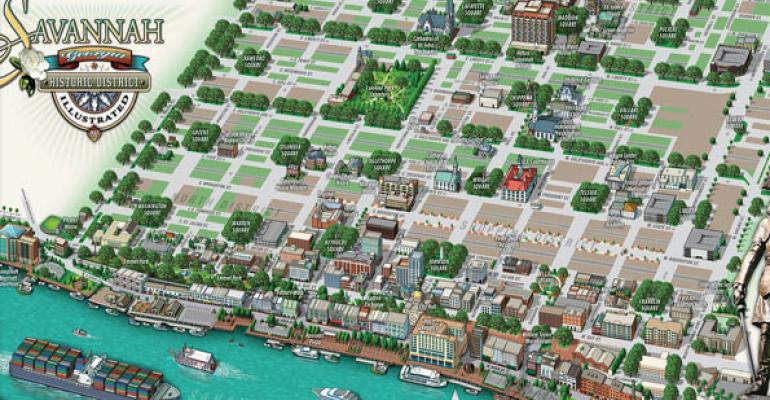 It’s clear to many that Atlanta’s apartment market is hot: effective rents grew by an average of 7.14 percent in the 12-month period ending in August, according to Axiometrics, and the metro area’s occupancy rate stood slightly over 94 percent at the end of the same month.

Investors, understandably, have taken notice, and the average cap rate in the city has compressed about 50 basis points over the past year to the high 6-percent range, according to a recent national research report.

However, it may come as a surprise to know that the apartment markets in smaller Georgia cities such as Athens, Augusta and Savannah are drawing a relatively high level of investor interest as well. Whether it’s the search for higher cap rates or for consistent, reliable returns, investors are targeting these secondary markets at unprecedented levels.

Whereas some of these cities might once have seen up to five apartment investment sales in a given year, some are now seeing total annual sales that are double that amount. More recently, they are experiencing record per-unit sales prices as well.

For example, the Savannah area has seen 14 sales, totaling 3,056 units and more than $279 million in value since the beginning of 2013, according to REIS. These numbers are well above their historical averages. Meanwhile, the Augusta market has been home to 7 apartment community sales during that same time period. Those transactions have encompassed more than 1,430 units and totaled nearly $79 million in value.

Other secondary Georgia cities are posting numbers in the same ballpark, REIS data shows. Athens, whose job market is being buoyed by numerous construction projects on the UGA campus as well as the building of Caterpillar’s new $200 million plant, has seen 13 apartment property sales, totaling more than $68 million and more than 1,540 units, in the past year. The average cap rate on those transactions was a healthy 7.33 percent.

One explanation for the heightened investor activity in these cities and other tertiary Georgia markets is that, as cap rates have continued to compress in Atlanta, many investors have gone to these areas in search of higher yields. These markets also offer the security of stable, predictable returns and are often better insulated from the economic highs and lows that a larger city, like Atlanta, can be subjected to.

Looking ahead, the future looks bright for sales activity in cities like Athens, Augusta, Savannah and Macon. There is so much equity and debt capital pursuing deals that investors are going to go where they can find yield. We continue to see more aggressive pricing in Georgia’s secondary and tertiary markets, and with an improving economy and eager buyers, the pace and size of deals should continue to grow rapidly.

Robert Stickel is a managing director with Multi Housing Advisors, an apartment brokerage firm, and oversees the firm’s activities in Georgia’s secondary and tertiary markets.