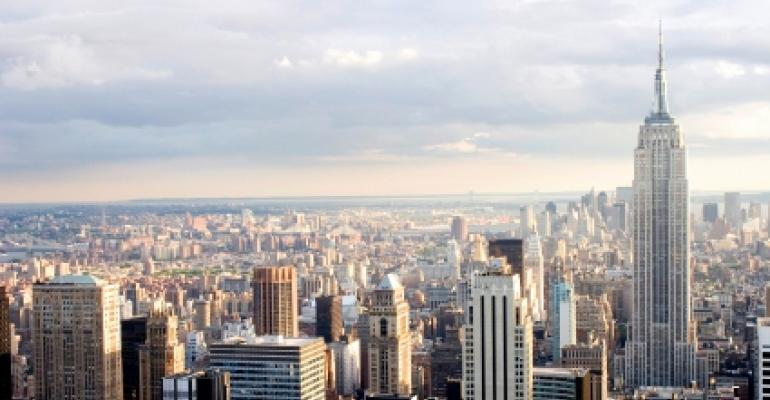 Without a doubt, the NYC property sales market has rebounded. Our office tracked $25.6B in trades last year, which was an 80% increase from 2010 and approaching the 7 year average of $30B. There are several reasons for this recovery ranging from low interest rates to increased foreign demand. However, the one that stands out in my mind is that NYC was not overbuilt in this last cycle.

While major cities around the world added tens of millions of square feet in 2008-2009, Manhattan added just one speculative office building: 11 Times Square. Due to its timing, the building still sits partially vacant. As unfortunate as this is, can you imagine if there were ten more buildings constructed at the same time?

If NYC did overbuild, the vacancy rate would certainly be much higher than the 11.7% that CBRE reports in Midtown. There also wouldn't be nine signed at over $100/SF this year already.

Meanwhile, in Midtown South, where there has been no new office product built, the vacancy rate is reaching all time lows at 8.8% with close to record asking rents of $48/SF.

Finally Downtown's availability rate is at 10.5% which is only 3% of 2007. It is clear that most of the square footage planned for the area will only materialize when and if there is a tenant secured as shown in Silverstein's 3 World Trade Center, which will be capped at seven stories.

The lack of new residential development is even more pronounced. Do you remember all that talk about shadow inventory, and the thousands of units that would never be accounted for? They seemed to have vanished overnight. Many of those units in the feared Williamsburg turned rental or were sold off instantly once loans were sold off and basis were lowered.

As a result inventory has remained very tight. According to Elliman's report, the active inventory of 7,221 apartments is less than the 10 year average. That being said, we shouldn't break out the pop of the champagne yet: the last quarter had the fewest sales in over 6 years. It also now takes over ten months on average to sell an apartment. The report attributed this to the S&P downgrade of US debt and the financial crisis in Europe.

Surprisingly, the luxury sector has performed the best for apartments. The average price per square foot has gone up to $2,166/SF and averaged $5,621,335 over 201 sales in 4Q11. It would seem there is a flight to hard assets. Unlike gold which is just an appreciate play, real estate is the only hard asset that cash flows.

The rental market has performed equally as well. Because new rental buildings have also not been added, vacancy rates now average 1.25% in Manhattan, according to CitiHabitats. Today, the average new doorman building rents studios for $2,884, a 1BR for $3,937, a 2BR for $6,456, and a 3BR for $8,358. There are now several instances apartments renting for $100s/SF+.

Today, there is new development projects planned, but they will only be added once tenants are secured. Cassidy Turley sites 25m SF of office projects in the works, but like Boston Properties site on 8th Avenue and Related's Hudson Yards, they will not come to fruition until a tenant is secured. This will continue to keep occupancy low.

In all, the fundamentals in NYC couldn't be better. This can directly be attributed to the lack of speculative development which has taken place over the last few years. Furthermore, NYC is the easy choice for institutional and foreign investors who were burned investing in secondary and tertiary markets in the last cycle. Today, if buyers need to check the US real estate box, they're investing in NYC, DC, or maybe San Francisco.

Do you believe the 421-a program should have been eliminated?

James Nelson is a Partner at Massey Knakal Realty Services. Since 1998, he has been involved in the sale of more than 200 properties and loans with an aggregate value of over $1.3 billion in the NY Metro Area. He can be reached at [email protected] or 212-696-2500 x7710.