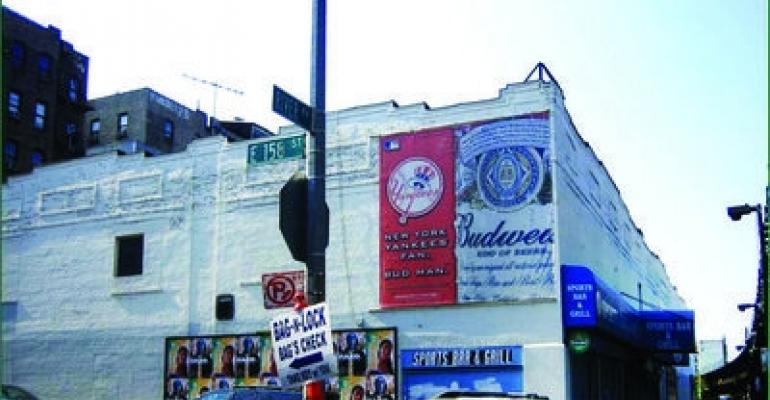 When Development Sites Sell As Taxpayers

In my past postings, I've written on how the bestManhattandevelopment sites are now achieving over $650/BSF. With condos selling in the thousands per square foot, it's easy to understand why. But what about affordable housing sites where condo sellouts aren't an option?

In many cases today, these sites are purchased as one story taxpayers or land banks as subsidies have become less and less available to support affordable development.

My firm recently handled the sale of a commercial building/development site at 810 River Avenuein the Bronx. It was ideally located on the southeast corner of River Avenueand East 158 th Street, directly across the street from the old Yankee Stadium. It was sold in an all cash transaction valued at $2,500,000 which was $62/SF or only $12.50/BSF.

The buyer said that he has no immediate plans for development and is exploring his options, according to Massey Knakal Director of Sales Nick Burns who exclusively handled this transaction with CEO Paul J. Massey Jr. and First Vice President of Sales Guthrie Garvin. This was despite the property being the largest development site in the 161 st Street/River Avenue Rezoning area.

This site consists of a two-story 40,000 square foot commercial building situated on a 20,000 square foot lot. The building houses a 50 lane bowling alley with a separate restaurant / bar. The newly converted C6-3D zone allows 200,000 square feet of total buildable potential. The site benefits from multiple means of transportation in direct proximity, including the B, D & #4 subway lines and the recent development of the Metro-North Railroad stop at East 153 rd Street.

The property is situated in a prime location which is currently undergoing multiple public works projects that will transform the surrounding neighborhood. You would think that affordable developers would be lining up around the block.

I believe one of the big reasons they are not is the elimination of the 421-a program. With developers being unable to create and selloff these certificates, much of the incentive has been taken away to build affordable housing.

Unless a developer can secure the few legacy 421-a certificates that exist, they must build low income housing on site to receive a tax abatement. One of the most popular programs is the 80/20 programs, but according to Steven Spinola, president of REBNY, it “has proved successful in prime Manhattan neighborhoods, (but) it remains to be seen if neighborhoods in Queens and Brooklyn can command the kinds of rents that make such development feasible.”

It would seem that the City and State have to create better incentives to spur much needed low and moderate income housing citywide.