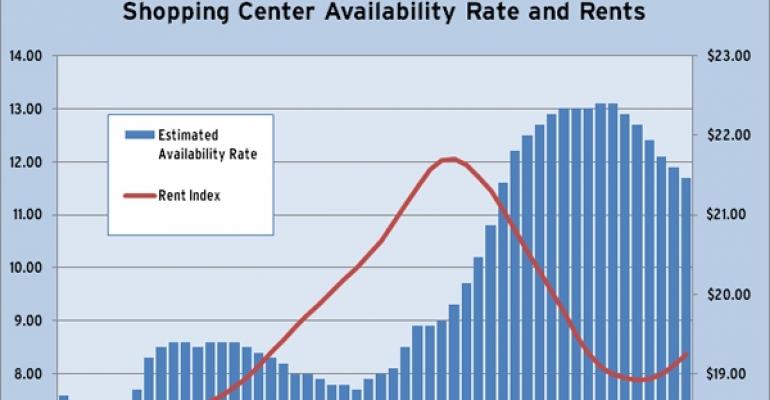 CBRE Econometric Advisors measured the availability rate at neighborhood, community and strip centers (which it defines as space that is actively being marketed and available for tenant build-out within 12 months) at 13.1 percent at the end of the first quarter—the highest level in the past decade. But it is projecting that the rate will begin to fall starting in the third quarter and end the year at 12.7 percent and fall another percentage point in 2012.