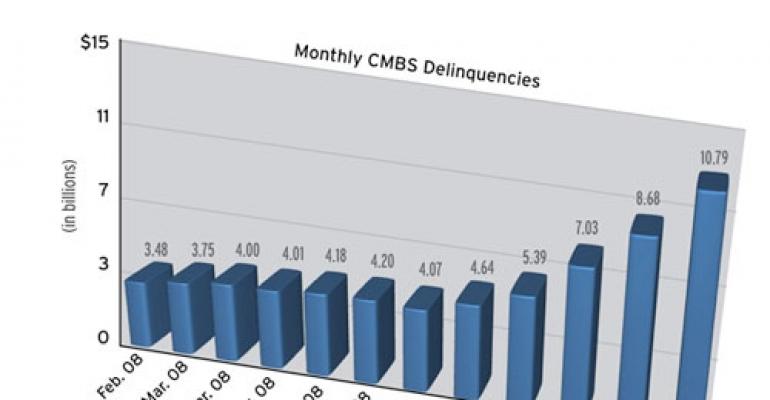 Commercial-mortgage backed securities (CMBS) delinquencies jumped by $2.11 billion in January and now stand a trailing 12-month high of $10.79 billion, according to data from Realpoint. Realpoint counts mortgages that are 30, 60 or 90 days overdue, ones in foreclosure and ones that are real estate owned as delinquent. Overall, the delinquent unpaid balance is now up 241 percent from a year ago and is now five times its low point of $2.21 billion in March 2007.