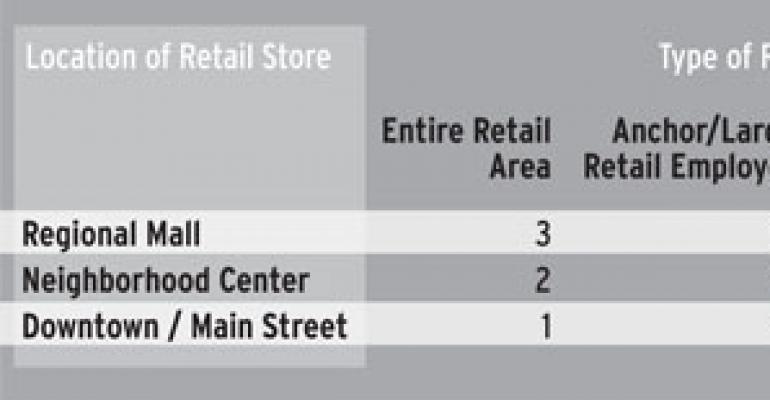 A recent National League of Cities research report on the impact of local retail reveals some interesting findings.

According to an association survey, city officials around the country are reporting declining retail sales and increases in retail store closings in their communities. The survey also finds that locally owned retailers on main street are particularly vulnerable. City officials from cities reliant on sales tax revenues are more likely than city officials from cities with other types of revenue structures to report that retail conditions are worse now than they were last year, before the major impacts of the recession took hold.

The survey also asked where officials are seeing closings and what types of tenants are closing down. It found that regional malls were more likely than other formats to lose anchors while downtowns and Main Streets are getting hit in greater numbers by local retailers shutting down.