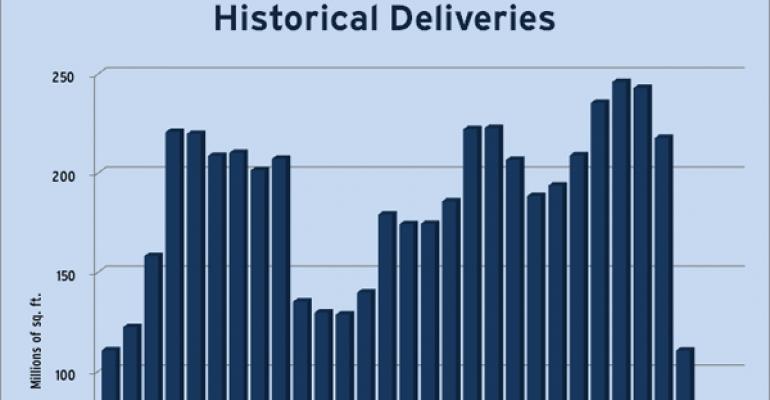 CoStar estimates that developers will deliver 27.8 million square feet of space in 2011—by far the lowest amount going back to 1982.