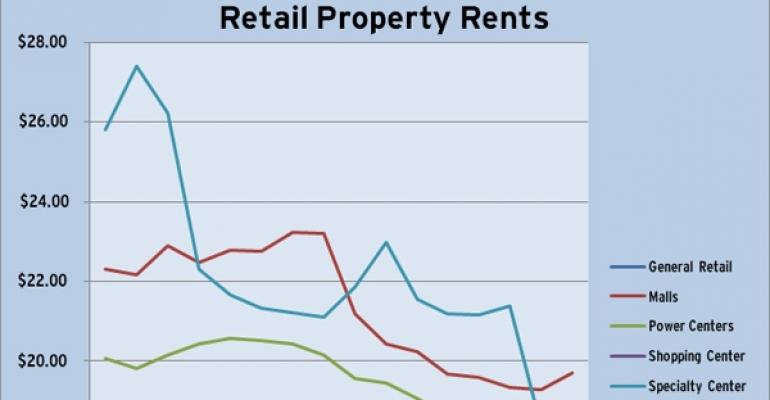 CoStar’s data shows that while rents in the total market continued to fall in the first quarter of 2011, some sectors have started to post increases.

According to CoStar’s historical data (which excludes some markets that are included in its current data set), total market rents fell 4 cents to $15.48 per square foot in the first quarter. Rents peaked in the third quarter of 2008 at $17.51 per square foot.