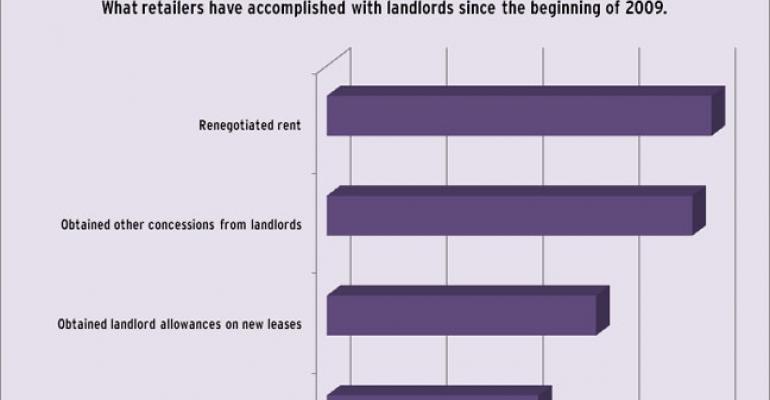 How Middle-Market Retailers Have Responded to the Downturn: Discounting, Renegotiations

It's no big secret that 2009 has been an incredibly rough year for the retail sector marked by sharp drops in retail sales figures, closings, bankruptcies and even a handful of liquidations. To get a grasp of how this climate has affected middle-market retailers—those with annual revenues of $25 million to $1 billion--Forbes Insights, in association with financial services provider CIT, surveyed 110 executives and financial decision makers at U.S. middle-market retailers (those with annual revenues of $25 million to $1 billion). A separate, distinct survey was conducted with 104 small- and middle-market suppliers and manufacturers (with annual revenues of $2 million to $1 billion) who sell their goods through retail. In addition, qualitative interviews were conducted with executives in each group.

Among other findings, the 10-page report (which can be downloaded here) looked at how retailers have approached real estate needs and managed supply chains. Two of the charts in the report are reproduced below.

One chart examines what retailers have accomplished with landlords in 2009. Overall, 40 percent of respondents said that they had renegotiated rent and 38 percent said they had received other concessions. In terms of operations, the most common tactic retailers have employed in managing the downturn has been to discount more heavily. Almost half of respondents—49 percent—have adopted this tactic. Other common strategies included reducing staff (46 percent) and not opening planned stores (42 percent).

In surveying the first half of the year, 34 percent of respondents said that they should have discounted products more while 13 percent thought they had actually done too much discounting. Most respondents, 53 percent, thought the level of discounts was appropriate.