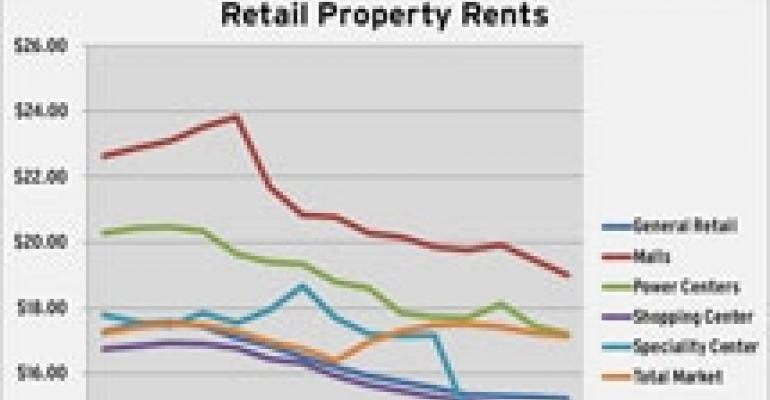 Lackluster Retail Fundamentals No Cause for Concern, Researchers Say

In spite of a less than stellar performance, fundamentals in the retail real estate sector were in line with most researchers’ expectations in the third quarter of 2011. Firms including CoStar Group, Reis Inc. and CBRE Econometric Advisors reported vacancy rates that were largely flat with the previous quarter, while asking rents came in flat to slightly down.

In view of limited retail space coming online this year, the lackluster figures seemed to be due to insufficient demand for new space among retail tenants. Concerns about economic performance have led to retailers feeling less then confident about accelerating new store openings, according to Reis, a New York City-based research firm.

Average quoted rents, the equivalent of asking rents, declined 0.5 percent quarter-over-quarter, to $14.65 per sq. ft. Year-over-year, the figure was down 1.64 percent.

According to Reis, in the third quarter, the national vacancy rate at neighborhood and community shopping centers remained flat with the quarter prior, at 11 percent. More specifically, the rate remained flat or increased in 53 of the 80 primary metro markets the firm tracks. On a year-over-year basis, the national vacancy rate increased 10 basis points.

The average asking rental rate at neighborhood and community shopping centers stood at $18.97 per sq. ft., flat with the second quarter of this year and down 20 basis points from the third quarter of 2010.

To continue reading and for additional charts, go to RetailTraffic.com.