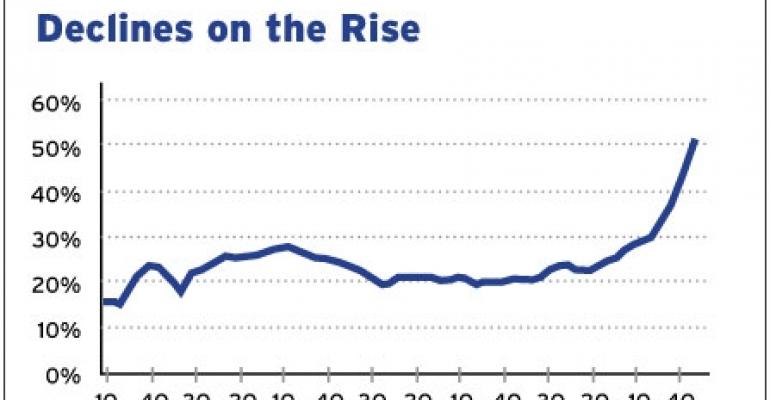 According to New York City-based real estate research firm Reis Inc., more than half of all retail properties it covers exhibited rent declines from the fourth quarter of 2008 to the first quarter of 2009. The chart illustrates quarter by quarter the percentage of properties showing declines versus gains. Historically, the percentage has stayed below 30 percent, but began jumping up in the second half of 2008 and peaked in the most recent quarter.

According to Reis, the magnitude of weakness is similar to the office and apartment sectors. When concessions are factored in, an even higher proportion of retail properties would show a decline in effective rents.