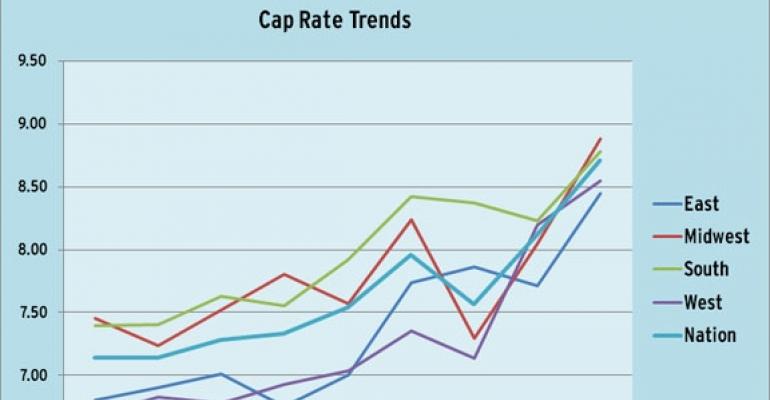 Average retail cap rates increased 59 basis points in the third quarter of 2009 to 8.71 percent, based on CBRE’s Valuation & Advisory Services (VAS) database. The 59 basis point gain is the largest quarterly increase the company has ever measured, edging out the 55 basis point jump recorded between the first and second quarters. Retail cap rates are now up more than 150 basis points from where they were in the second half of 2007.

According to the firm, "The average sale price during the quarter was less than half as much as during the second quarter. The cap rates on triple net leased drug store sales during the quarter averaged 7.50 percent, with the remaining cap rates averaging 8.96 percent, a 142 basis point spread. The Midwest increased the most from the second quarter, closely followed by the East region. The West increased the least, with a 35 basis point gain to 8.55 percent."