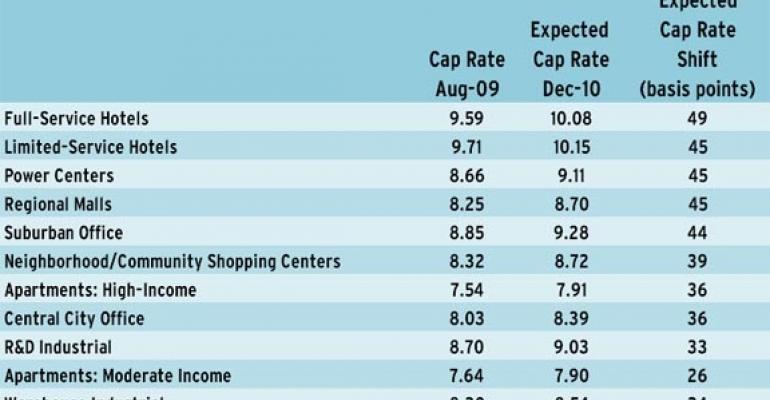 The Urban Land Institute and PricewaterhouseCoopers released their joint annual Emerging Trends in Real Estate report for 2010 last week. The report, compiled by interviewing more than 900 commercial real estate professionals, reveals an overall somber outlook for the sector next year. The report is particularly hard on the retail sector, which respondents think will take the longest to rebound from its current doldrums.

In a call with the media, the report's author, Jonathan Miller, and one of its principal researchers, Stephen Blank, talked about what they had found in putting the document together. "A lot of what we're going to talk about is pretty grim," Blank said when kicking off the call.

The report says that retail real estate will be in "triage" throughout 2010 as the worst downturn for commercial real estate since the Great Depression continues to unfold.

Next year, for example, banks will begin to deal with bad commercial real estate debt in earnest. Banks that have built up large capital reserves will use those to cushion losses realized as they resolve bad debt. Meanwhile, the regional and community banks will continue to fail under the weight of bad debt.

On the bright side, REITs seem poised to benefit from the slide. Most have been able to deal with coming debt expirations and some will be opportunistic buyers in the coming months and years.

Below are four charts from the report. One looks at where respondents expect cap rates to go in 2010. A pair of pie charts illustrates the debt and equity capital forecasts. And the last chart shows the buy, hold and sell recommendations for retail real estate in 15 markets.