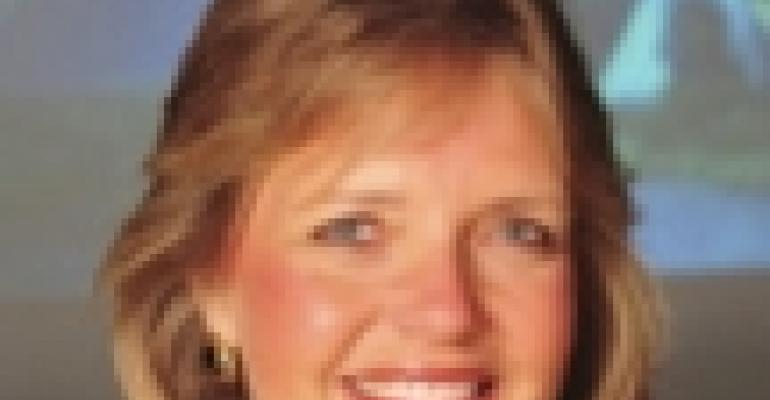 When Mary Ann King, president of Chicago-based Moran & Co., describes the way the apartment brokerage she built with owner Tom Moran outpaces the sales production of many far larger firms, she compares it to David and Goliath.

“We have maybe eight partners and fewer than 50 people in our company and we control a huge market share,” says King. “So we're not a big company but we have closed a big volume.” Moran & Co. is projected to close $1.5 billion worth of institutional apartment sales this year, she says.

The company's current closings amount to at least four times the volume of transactions the company closed five years ago, says King. At that time, Moran had roughly a 2% market share, and now it has 10% of the $15 billion institutional sales market, she says.

From her office in Irvine, Calif., King has overseen some 50% of the sales volume handled by the firm. “We're selling some of the largest deals that are in the market today,” says King.

Moran owns Moran & Co. but runs it as a partnership, says King. “The income that we make every year is distributed to all of the partners, so it's not a company that builds net worth. It is a company that distributes its income on an annual basis.” The partnership format is an important part of the company's culture, she adds.

Moran created its brokerage in 1995 and named King president in 2002. She helped real estate investment trusts and developers raise equity and sold apartments to condominium converters. Since the recession, she also helps builders lease up empty condos.

After some difficult times, the immediate future looks promising. “Like everybody in commercial real estate, we lost some money over the last couple of years. But we have made it back strongly and are really on the mend in 2010.”