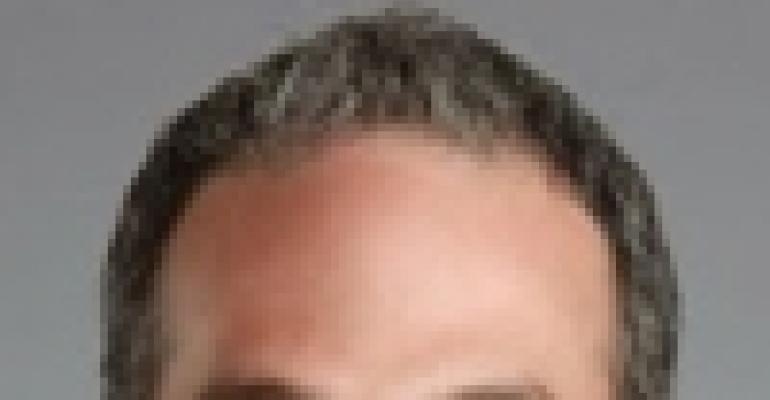 Lirtzman comes from U.S. Equities Realty. Throughout his career, he has completed transactions totaling more than 2.5 million sq. ft. with a value exceeding $250 million.

NREI talked to Lirtzman about the Chicago market, trends looking forward to next year and what demands he sees tenants making. An edited version of that interview follows.

NREI: What is one of the really important feature of the Chicago market right now and how will that play out in 2013?

Michael Lirtzman: Rent growth and positive absorption characterized 2012 in the Chicago Loop, all good trends for landlords. There is some concern that this market strength may not continue given the macroeconomic climate of generally slow job growth, however. Tenants are continuing to find ways to use their space more efficiently and attempting to do more with less.

In fact, many tenants that are adding employees are not, in fact, taking more space. But they are looking for flexible space that accommodates open and collaborative office designs. As a result, buildings with more modern and efficient floor plans will continue to prosper, while tenants steer away from older assets with less open space.

NREI: What is one issue—legislative, regulatory, economic, etc.—that you think will have a particularly strong impact on the commercial real estate industry and what do you see Transwestern doing about it?

Michael Lirtzman: Illinois is a fiscally stressed state, an issue impacting every tenant in this market in one way or another. Both tenants and landlords throughout Chicago are concerned about the combination of increasing state and local taxes, on top of the state’s overall distressed economic situation.

State budget issues and their implications have the potential to put a damper on job growth and thus the office market recovery throughout the Chicago area. By making sure our clients are aware of every possible incentive program, we hope that growth will continue to be rewarded, and that we can help mitigate some of the challenges in the overall economic picture in Illinois.

Michael Lirtzman: Almost universally, tenants are seeking cost certainty, in an economically uncertain world. They are avoiding or minimizing capital expenditures whenever possible. As a result, well-capitalized landlords are able to trade tenant improvement dollars and other concessions for higher rental rates and extended lease terms, because this gives tenants the certainty and reduced capital investment that they value. The importance of a stable and well-capitalized landlord has increased significantly in recent years—and continues today.

Savvy tenants are aware that landlord stability protects tenants from potential future problems resulting from issues in the building owner capital stack. These issues, which became well-known during the financial crisis, include stagnation around major maintenance issues, level of investment in high quality facility management and the ability to fund capital improvements. We are seeing the well-capitalized landlords selected over other choices, by tenants seeking maximum certainty in their facilities costs and amenities.

Ken Uranowitz was named president of Gebroe-Hammer Associates. The 37-year industry veteran has risen through the ranks since being hired by Mel Gebroe and Morris Hammer at the firm’s inception in 1975.

For the past 37 years, Uranowitz has overseen the firm’s expansion into new markets, including New York, Philadelphia and other areas throughout the Northeast. Under his guidance, the firm recently closed out a record-setting third quarter with 30 multifamily deals totaling 1,400 units valued at more than $100 million.

Kekstadt will focus on marketing, client retention and executive planning. He brings with him more than 25 years of experience, most recently with Lieberman Management Services. While there, Kekstadt helped grow the number of community associations served and assisted with employee development, increasing the number of community managers.

Naples’ practice focuses on representing buyers, tenants, sellers and landlords in industrial real estate in the Los Angeles area. Before joining Lee, Naples was a broker with Grubb & Ellis Co. where he primarily focused on industrial sales and leasing in the central Los Angeles market. Naples specializes in land, investment and industrial brokerage.

Studley opened a new office in Raleigh—the firm’s second office in North Carolina and 24th in the United States.

Serving as branch manager will be Senior Vice President Tim Capps, who will oversee day-to-day operations of the new office and spearhead a recruiting effort to hire several more real estate professionals in 2013. He will also oversee the firm’s overall expansion in the Carolinas.

Capps comes to Studley from Tri Properties Inc., a full-service commercial real estate firm based in Durham, N.C. He will be joined by Corporate Managing Director Tucker Shade and Associate Director Greg Capps, both tenant advisory specialists and former colleagues at Tri Properties.

NAI Everest added Claire J. Roberts to the firm. Roberts will serve as vice president providing strategic guidance and implementation of tenant-focused commercial real estate services to local and national clients. She has more than 20 years of experience and comes to NAI Everest from UGL Services-Equis Operations where she was an associate vice president.

NAI Everest also added Craig Patterson to the company. Patterson has more than 24 years of experience in commercial real estate, representing owners and investors in the sales, leasing and development of industrial property in Minnesota, Iowa, Kansas and Missouri. He has worked with ConAgra Foods, Cardinal Health, Archway Marketing Services, Uponor, Schwan’s Food Co., Jarden Corp. and SuperValu and he has leased and sold more than $350 million worth of industrial properties throughout the Midwest.

Axtell, based in the company's Los Angeles office, will be responsible for overseeing the firm's investment and development strategies including acquisitions, repositioning of assets and dispositions in California, Nevada, Oregon and Washington.

Over the next two years, Vestar plans to acquire approximately $750 million in value-added retail properties on the West Coast through its commingled fund, Vestar Strategic Retail Partners. Axtell joined Vestar in 1997 as project director and has been responsible for the acquisition of $220 million of retail centers and the development of more than five million sq. ft. of retail centers.

Urban Partners LLC hired one professional and promoted another at the firm.

John Gunn rejoined the company as managing director and Del Morais was promoted to vice president of finance and will direct the finance, accounting, and tax departments at both Urban Partners LLC and Harbor Urban LLC.

Gunn will be responsible for the planning and development of complex projects including mixed-use, public/private, and transit-oriented developments in urban locations throughout California. He was a managing director with Urban Partners from 2005 to 2009. He has also served as owner of Gunn Property Group and executive vice president of The Hapsmith Co., a retail development company in Los Angeles.

Prior to joining Urban Partners as controller in 2011, Morais served as director of finance at Countdown To Buy and as a vice president in the equities division of Goldman Sachs.

Mortiz will be based in Chicago. Before joining the firm she served as an international director/managing director with Jones Lang LaSalle from 1999 to 2011. During that time, she founded and led the firm’s strategic consulting group overseeing specialty practices including portfolio optimization, mergers and acquisitions, location advisory, workplace solutions, organizational design, process management and sustainability.

CBRE Group Inc. hired Marina L. Massari as an executive vice president in its debt and equity finance group. She will be based in the firm’s Newport Beach, Calif. office.

Massari has more than 30 years of mortgage-industry experience, most recently serving as senior vice president of project finance and banking for the Irvine Co. There, she was responsible for placing all mortgage debt and arranging the firm’s unsecured bank lines.

Mayan, who is based in Dallas, is responsible for management of separate account assets in the Texas market. She will also serve as a resource to the asset teams on the East Coast. Mayan comes to CBRE from the global real estate assets division of JP Morgan Asset Management, where she was an asset manager. There where she managed a portfolio of 31 office buildings valued at $2.4 billion.

Kozy was formerly a member of the CBRE national retail investment group for Florida between 2007 and 2012. He has worked on the sale of more than 130 retail shopping centers totaling more than $3.2 billion.

b>CBRE|Richmond brought on Katie Jones to the team as real estate manager. Jones will oversee the daily operations of approximately 320,000 sq. ft. at a variety of properties located around Richmond and Fredericksburg, Va. She previously held the same position with CBRE’s Pittsburgh office.